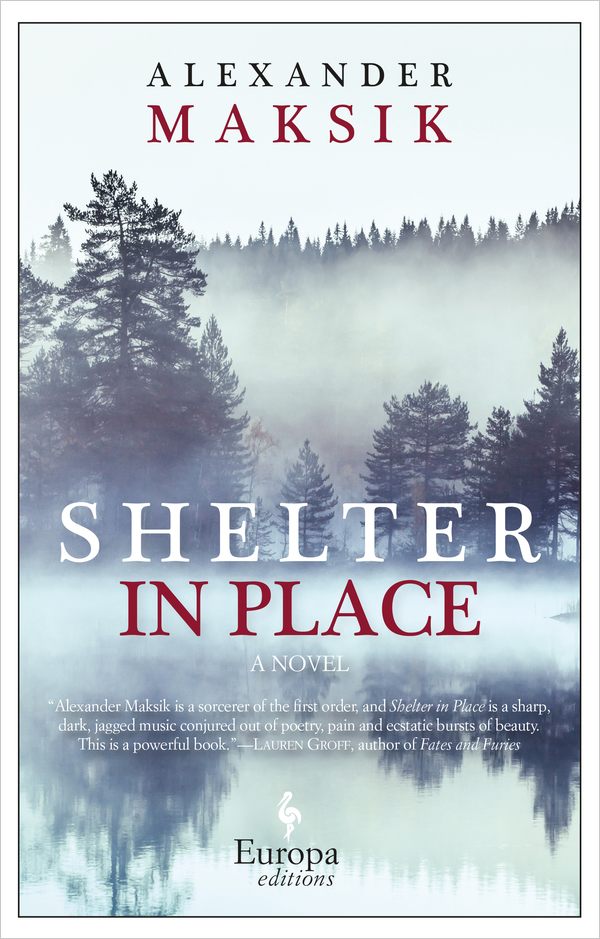 The following is from Alexander Maksik’s novel, Shelter in Place. Maksik is the author of the novels You Deserve Nothing and A Marker to Measure Drift, which was a New York Times Book Review Notable Book, as well as a finalist for both the William Saroyan International Prize for Writing and Le Prix du Meilleur Livre Étranger.

We are at The Owl. Tess out on the floor, Seymour running his door, and me, I’m working my bar. It’s crowded with students, this the night before spring break begins. An Emerson tradition, one last party before the party, before flying off to Mexico or Florida or Texas or wherever else they go each spring. Nights like this I have a bar back. I can’t quite see him now, but I know he’s there, marrying bottles, bringing buckets of ice. He’s a blur. Some local kid, a townie, who nearly by definition despises the students he’s serving. He’s someone talented, or he wouldn’t be there. The job pays too well. We can afford to be selective. I can’t see his face, but I have some vague sense that he had unruly hair. I may be confusing him with someone else from another time. So many bars in my life.  But who gives a fuck, right? Let’s just say he’s a tall, thin kid with wild curls. Let’s say his name is Matt or Craig and that Seymour brought him in as a favor to the kid’s father who’s a guard out at the prison. You get the idea. So around nine the place is humming and all of us are on. It’s that feeling when all the planets are aligned. A rare and lovely thing.

I’m on the upswing. Then and now.

There is no grime obscuring my eyes. I’m calm and fast. The orders come in over the bar, and from the waitresses, Tess among them. I see all the drinks before they’re made. There is no math too complicated, the world a perfectly ordered place, all systems pure.

Let’s say dead center you’ve got two long-haired idiots who think they’re each Eddie Vedder. One of them keeps raising his hand saying, “Yo, bro, yo, bro, yo.”

And then you’ve got three guys you like on one end, who tip well, and some girls whose order you already know on the other. And Tess is coming in at the service side and she’s waiting for two vodka tonics, one Jack and Coke, and three Cuervo shots. The guys you like are Coronas with Cuervo shots back and it’s all coming in at once. Nights like this your filters are flawless. Nights like this you’re some kind of prodigious performer, some magical dancer. You see each glass before its even on the runner and then there they are all in a line and you can’t even remember doing it, setting them up: six shot, three rocks.

The right hand is moving the vodka bottle on the two count from glass to glass to glass. You start the Jack pour with the other in time with the second vodka.

Vodka back to the well, Jack to the first shelf behind you.

Always return bottles to their place. There must never be disorder.

Your thumb on the gun goes, tonic, tonic, Coke.

You sail that Cuervo bottle over the shot glasses and split three from the six.

Tess gets her drinks first.

She looks at me with an expression I can’t parse. It is not part of our repertoire, our silent language of the workplace. There’s the smallest pause, the briefest slowing, and then she pivots and glides away.

Now the rubber runner is free for two martini glasses. Fill them with water and ice because you have style to spite the place. You pop three Coronas, the opener as easy in your hand as brass knuckles.

You deliver it all and follow with a plate of limes and salt. You smile at the guys. You remember their names. You say something funny about Florida.

They say, “Keep the change, Joey.”

You mix the Cosmos in a shaker. You think Kamikaze plus cranberry. You think, very tricky landing.

Because a thousand years ago that’s how you learned it and every single time the order comes, for an instant, in a flash of film, you see one of those planes, one of those Zeros in black and white tearing out of the sky.

Then the vodka is a two count three times in one hand, so six. And the triple sec in the other. Then there’s the Rose’s. Then there’s the cranberry. You dump the chilling glasses. You cap the shaker and go one hard snap with your right. More than that is meaningless theater and you don’t need that bullshit.

Now look at the girls. Look right at them and smile to say, these are yours. To say, even if I’ll never fuck you, we can pretend. Because when you are like this, when you are fearless and deadly, when you have the fleeting maniac confidence, the electric rise that brought you to Tess in the very first place, then you know there isn’t a woman alive who wouldn’t take you to bed. And as if to prove your point, as if to prove your own invincible brilliance, you fly the shaker across each glass and there is just enough, down to a single violet drop, there is just enough to fill those three full to their brims.

This is what it feels like out there at The Owl on a Friday night in April with the love of your life speaking strange with her eyes, when all the world is a land of perfect logic, when there is no downturn and Seymour Strout smiles at you from the door, gives you a certain nod that says he knows too that this night is a good one, that there is a secret rhythm, a secret chord and all of us are inside of it, all of us are infected. And this good night goes on and this crowd is another single thing, which swells and deflates, swells and deflates.

Tess returns amidst some lull or another. She glides in on one of those shifts in pressure, a disturbance in the atmosphere and she arrives with the same look, speaking that same silent phrase I can’t yet decode.

I go to her and incline my head.

She brings her mouth to my ear.

We drop below the water line. Down here the noise is muted, the crowd retreats.

This is an order I’ve never been given, not here, not by Tess. I abandon my post. I give the bar to the back.

There’s a narrow bathroom out by the storeroom. Facilities for the labor.

When I open the door she’s standing, leaning against the small sink, her shoulder blades to the mirror.

“Close it,” she says, giving a sharp little nod. I fall back. There’s a quiet click sealing us in, and the bar noise loses its treble.

Here her expression is familiar. Lust.

Though there is something else to it I still can’t translate.

The clock has started.

The ice is melting.

A towel is folded over the sink divider.

A cap is loose on a bottle of olives.

The bar is a savage animal I’ve left tended by an amateur.

Tess is looking at me in her new way. Or the old way multiplied and laced with some new thing.

There’s a single dim bulb hanging from the ceiling.

There’s no tenderness in her face.

What I love is when she narrows her eyes, tilts her head just an inch to the left, and smiles at me with her lips closed. An uncanny expression, which contains both desire and sympathy.

This is not that.

This contains a foreign and faraway thing.

A flake of malice.

She draws her hands up the outsides of her thighs, beneath her black skirt, and bends at the waist. Her face is replaced by my own. For a moment I look at my eyes in the mirror. Then down to the curve of Tess’s back.

She is upright again.

She winds her panties around her right fist like she’s taping for a fight.

She reaches again and pulls her skirt up.

She widens her stance. “Come here,” she says.

There’s no singsong in her voice. No girlish theater. “Come here.”

I take the space between us. A single step. I’m looking down at her. If I were to look up, I’d see myself. I can sense that dark figure.

She moves her fingers around the back of my head and squeezes.

She looks right into my eyes.

From SHELTER IN PLACE. Used with permission of Europa Editions. Copyright © 2016 by Alexander Maksik. 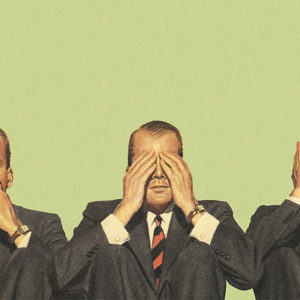 Finding the Unsayable in Translation I did not want to know but I have since come to know that one of the girls, when she wasn't a girl anymore and hadn't long...
© LitHub
Back to top