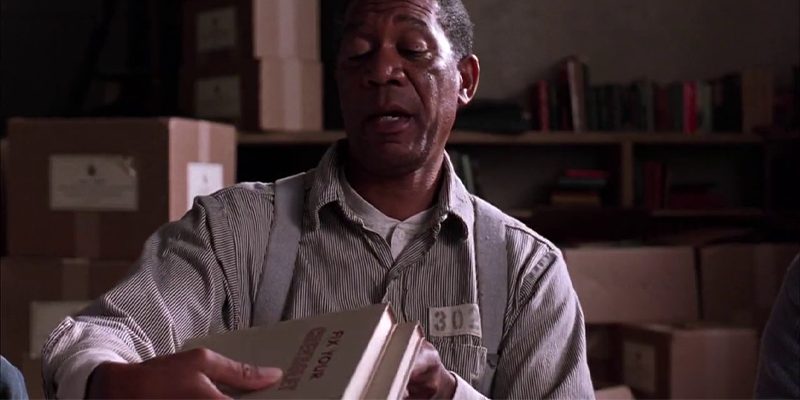 Shawshank Redemption is actually about the power of libraries.

Late to the party yet again, I recently saw Shawshank Redemption for the very first time. For those of you who have been living under an adjacent rock, it’s a movie based on Stephen King’s novella, starring Morgan Freeman and Tim Robbins, who play Red and Andy, two men serving lengthy sentences in a high-security prison.  Red is everyone’s right-hand man; he has a system for procuring contraband like cigarettes and movie posters. (A quick sidebar for fans of The Bold Type: have we considered that Oliver calls Sutton “Red” because she, like Morgan Freeman’s character, is a person who knows how to get things?!) Andy is a man wrongfully convicted for the murder of his wife and her lover.

Before watching the movie, all I knew was that 1) the pair become unlikely friends and 2) Andy tunnels his way out over the course of many years with, like, a spoon or a tiny hammer and he hides his progress behind a poster of an actress. (Okay, yes, everything I knew about Shawshank Redemption came from that one sketch in Family Guy. Don’t @ me; my brother really liked this show when we were growing up.)

A lot happens in the 2 hours and 22 minutes that this movie spans that I won’t even begin to get into here. It’s a movie about the brutality of prison, the unfairness and corruption in the criminal justice system, and the common humanity that binds us all. It’s a heartbreaking saga about the everlasting bonds of trauma and a heartwarming story about the power of friendship. Sure. But why didn’t anyone tell me that it’s also about how great libraries are?!

Early on in the film, we’re introduced to an elderly man, Brooks Hatlen (played by James Whitmore). He has the best job in the joint. He’s the librarian. (He also helps get people the personal items they requested from Red; he’s the true MVP.) A friendship forms between him and Andy. And then the guards realize that Andy was a successful banker in his other life, and they make him do their taxes in exchange for the cushy job of helping out in the library.

But then Brooks Hatlen’s sentence is up, and he’s released from Shawshank, into a world he has not seen in decades. As we all know, the prison system is broken. Brooks is not rehabilitated properly, and he dies by suicide. Andy wants to commemorate his dear friend and the safe space they made together. He dedicates himself to improving the decaying library, and he writes letters to the state legislature every week for several years making the case for more funding. (Spoiler alert: He gets it! Your strongly-worded letters might just pay off!!) And so the Brooks Hatlen Memorial Library is open. In a movie that’s relentlessly bleak, it is such a bright spot. The library becomes a place of education, freedom, and camaraderie. There’s even a sparkling moment of laughter when a group of guys is sorting books and one of them refers to the author of The Count of Monte Cristo as “Alexandre Dumbass.”

In a sense, Shawshank Redemption is really a movie about the wonders of books, the way they can bring people together, uplift their spirits, and offer a kind of escape. 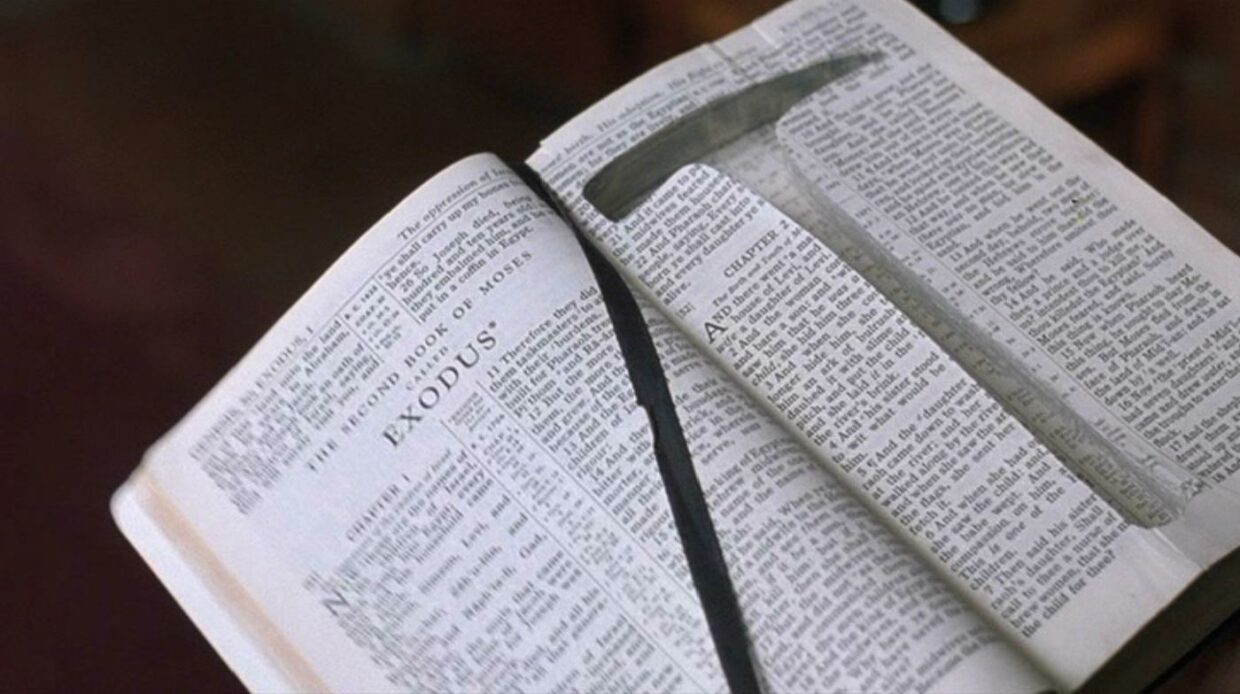