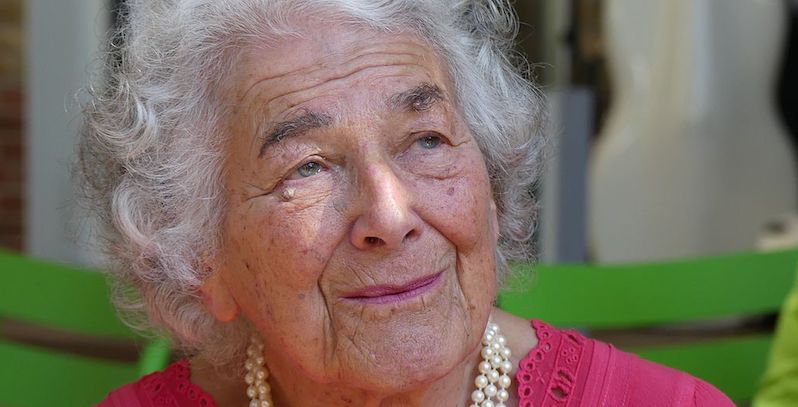 Judith Kerr, author of beloved children’s books including The Tiger Who Came To Tea and the Mog series, has died at 95, her publisher HarperCollins confirmed. Kerr fled Nazi Germany as a Jewish refugee with her family in 1933 and eventually landed in Britain before becoming one of the most cherished children’s authors in the world, publishing more than 30 books over the course of five decades.

On Thursday, thousands of people shared their memories of Kerr on Twitter and praise for her storytelling legacy, from those who paid tribute to her work educating young people about the Holocaust:

Judith Kerr OBE, refugee from Nazism, and author of The Tiger Who Came to Tea and When Hitler Stole Pink Rabbit has died. Read a statement from our Chief Executive, @OliviaRMW. pic.twitter.com/em3mkn9mSG

Judith Kerr was one of nicest people to come to tea when I lived in Berlin. When she was awarded OBE, she said, “As a refugee from Hitler, I owe everything to this country, & I am delighted if I am thought to have given something back”. And how: Holocaust education & fun… #RIP pic.twitter.com/rLOd4NHWHz

To personal memories of her generosity and energy:

My eyes swallowed Judith Kerr's drawings whole when I was small – Owp!
I was so lucky to be invited to her house in April. She made tea and we sat on her sofa talking about making books. Her legacy will reverberate in the imaginations of many small children yet to be. #JudithKerr pic.twitter.com/81ta2BiRXS

I twice saw Judith Kerr at the Harper Collins summer party. She was already in her 90s. Each time, she was holding a large boozy drink, chatting happily and laughing loudly and often. She had the most brilliant energy. Everyone starstruck. She was a truly remarkable person. RIP.

Last year at the #nibbies she presented an award early doors and I thought "They've done that so she can go home early. No need." She was there to the bitter end, celebrating when HC won publisher of the year. An incredible woman.

Judith Kerr once told me that her husband made a tiny mouse hospital for all the maimed rodents their cat dragged in.

I remember asking #JudithKerr Kerr if the tiger symbolised the 1960s sexual revolution where normal mores and suburban life became upended by this wild and exotic creature. She told me no, it was about a tiger coming to tea.

Heard a great Judith Kerr radio interview a while back where the interviewer suggested that the Tiger who came to Tea was in fact the Nazis coming for the Jewish people.

Kerr paused and then slowly said: "The Tiger… is very much a tiger… who wants some tea."

i went to a judith kerr talk where she said that when mog was translated into german she was stubbornly rendered in the text as a male cat "because feminism hadn't really hit there yet". pause. small smile. "so i waited some years and gave mog kittens and let them sort it out."

And a writing schedule that many of us can only aspire to:

Aged 91, Judith Kerr was interviewed by Radio Times after designing one of our loveliest Christmas covers. This is how she described her daily routine… https://t.co/LcFJdObVHZ pic.twitter.com/OHZhbw4Uwj

Along with, most importantly, some truly delightful photos of Kerr and her cats through the years.

Sad to hear Judith Kerr has passed away, I loved her books, and look at these delightful photos of her and her cats <3 pic.twitter.com/RSSpOgMte5