On this day in 1955, James Agee, film critic and Pulitzer Prize-winning novelist, died at the tragically young age of forty-five. It’s arguable whether Agee is most famous these days for his autobiographical novel A Death in the Family (for which he won that Pulitzer, albeit posthumously) or for Let Us Now Praise Famous Men, the bravura cross-genre book he created with Walker Evans, documenting the lives of sharecroppers in the South during the Great Depression. In 1990, Dale Maharidge and Michael Williamson published a follow-up volume to Agee’s masterpiece of reportage, entitled And Their Children After Them: The Legacy of “Let us now praise famous men”: James Agee, Walker Evans, and the Rise and Fall of Cotton in the South, going back and revisiting the same families Agee and Walker had documented. They, too, won the Pulitzer Prize. In honor of Agee’s death-day, I dug up this video, which Maharidge put together in 2015 to mark the 30th anniversary of beginning his project, in which he recalls tracking down a minor character—Emma Woods, real name Mary McCray—in Agee’s account and asking her about him. As for Emma herself, well—she’s a hoot. Watch below: 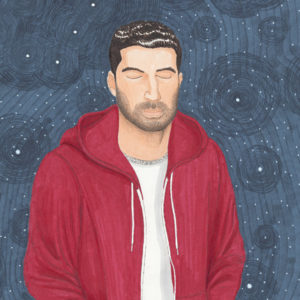 Illustration by Stephen F. James. A cave is a natural geologic occurrence, a dark space accessible to humans, and an allegorical...
© LitHub
Back to top