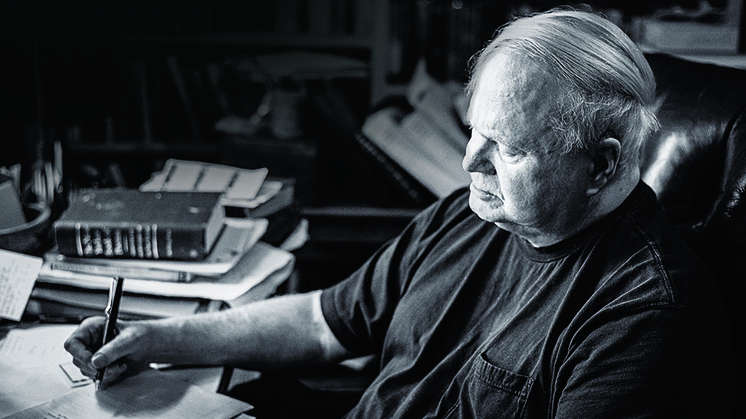 A Great American Storyteller, in Memoriam

Pat Conroy always managed to put South Carolina’s weirder qualities into gloriously humorous and scientific perspective. This is a rare art as it requires a brand of honesty most people run from before they have to think too hard about it. This honesty requires ownership of both the good and bad aspects of history, requires a person to not take their present-day role in that history so seriously that it becomes polished over with verbal lacquer—most importantly, perhaps, this honesty requires a person to not give a damn what people might say when you sit that history out for all to see. It’s a brand of honesty that holds the nuance of individuality in high regard—another quality that has become particularly undervalued these days.

I was introduced to Conroy’s work when I was 12, and to the man himself when I was 34. Our mutual friend, Charleston artist Jonathan Green, had invited me to accompany him to a cocktail party Pat and his wife, Cassandra King, were hosting after the South Carolina Book Festival. I was late, as usual, and so we arrived to find a hotel suite packed and overheated with writers taking some relief from having spent the weekend on display. When we were introduced, Pat and I could barely hear each other over the tightly contained din. Still, I found our chat about the way people choose to see each other almost as formative to my interest in nuance as reading his memoir was a couple of decades before. Pat was just as charming and opinionated as expected. His attention to the fine distinctions which give depth to vignettes that would otherwise seem simple and monochromatic was what made the grand Southern-ness of his stories break through to an audience beyond the South.

“When I write books, I never worry about going too far. South Carolina is hard to top,” Conroy told the audience at his February 2014 visit to Columbia, S.C. to speak at the city’s One Book, One Columbia event. He was right. This isn’t the storytelling capital of the United States, it’s the story-creating capital. Even in the most staid, complacently tight-lipped parts of the Palmetto State, one can become addicted to the stories that finally slip from people’s lips while sitting in the weighty dark of a cocktail-drenched summer evening.

Years ago, my seventh grade class was assigned The Water Is Wide, based on Conroy’s experience as a teacher on Daufuskie Island, just off the coast of South Carolina. While Daufuskie is still accessible only by boat, today it’s dotted with large mansions and crisscrossed with golf cart paths rather than with tin-roofed shacks and muddied, unshodden feet. In the book the island is called “Yamacraw,” and the story is woven with a mixture of dark humor, raw truth, and an anger that undulates just beneath the surface. It was easy for people—especially middle schoolers—to latch on to what appeared to be silly generalizations, like the way the students referred to their teacher as “Conrack!” There’s a sarcasm that drips from the book that was misread by most. The aim wasn’t to contrast an evil or misguided white establishment against poor, pitiful, uneducated black children. The aim was to show the situation in the truth of what existed in South Carolina in 1969. The book’s first two sentences portray a man whose self worth is sustained by his constructed superiority as a white male in a management position—or maybe that’s too easy an analysis. One of the many legendary ways in which Conroy was not “easy” was in the complexity of his thinking.

“The Southern school superintendent is a kind of remote deity who breathes the purer air of Mount Parnassus. The teachers see him only on those august occasions when they need to be reminded of the nobility of their calling.”

Those opening sentences begin the story of a hollowed-out educational system that ravaged black and white, islander and mainlander. It isn’t just about terrible white Southerners who refused to see poor descendants of slaves as worthy humans. It’s about how a constructed, indoctrinated, empty hierarchy threatens to diminish the worth of all involved.

As a kid I recognized the overarching honesty in The Water Is Wide, but I wasn’t mature enough to fully grasp the dangerous exposure it presented, even in a South Carolina that wasn’t quite on board with desegregation in 1972, when the book was published, and had only progressed a little in 1991, when I was reading it. Obviously, this memoir earned Conroy a bit of ire from white Beaufort County locals for depicting the actions of actual people who neglected the education—and health—of local black children

Many people from outside the South read Conroy’s books while giving themselves a congratulatory pat on the back for being “above” the humidity-laden, bourbon-drenched episodes of melodrama that permeated his stories. To me, this was his greatest sleight of hand. This master storyteller understood the importance of a hook. In order to snare a reader, they must see a bit of themselves in the story, but not so much that it frightens them away. Whether reading one of his memoirs or a novel like South of Broad, most readers who can’t put one of Conroy’s books down knows that on some level they’re reading about themselves. At that same event in Columbia, Conroy deftly summed this up, asking the audience, “How far back do you have to go in your family to find the crazy?”

Through his bourbon-sweetened, truth-telling melodrama, Conroy had the rare ability to lead readers to something unexpectedly serious, in this case, a long-overdue conversation about race. In this way Conroy began to expose the blind weight of one of the country’s strangest burdens, that of the Great American Lie—the one which informs us who is worthy of the privilege of education and who is not—by turning it into a Southern parable, exposing the ridiculous insanity of a mindset people try to ignore as part of a national history and cordon into a regional one.

Shani Gilchrist is an author and freelance journalist. Currently she is writing the story of the her unconventional upbringing in the conventional South.

Contemplating the Infinite with Annie Dillard 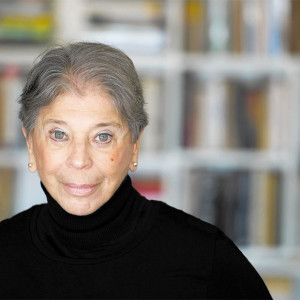