From the Award-Winning Author of H is for Hawk

Helen Macdonald received international acclaim for her award-winning memoir, H Is for Hawk. Prior to writing that book, she published a collection of poetry called Shaler’s Fish, which is now publishing in the US for the first time. Musical and syntactically daring, her poems probe what it means to be awake and watchful. In this brief selection, Macdonald focuses on images from a landscape—the ocean, a fox sparrow on blue stone, stars, roads “whose tunnels were hillsides,” a lot of light (“meticulous in its suffering” and “boring, beautiful light”)—and then turns inward to consider the human consciousness that witnesses, processes, and alters the landscape. Melodic, opulent, shrewd, incisive, these poems are a celebration of the natural world and a profound meditation on being alive in it.

Wake, in a room where soft plaster has fallen
& coercion sets itself pastimes, very sure of itself
bringing a little light into our world and then some
sessile cast of light seems meticulous in its suffering
the very notions of welfare and well-being themselves

perfunctorily stropped as a beak or a blade
folding the light back to the chest where it frays
in soft genuflections of denomination and rescue.
One of the most beautiful, figuratively speaking propositions is tired of you
& all I can do is concur with a real figure of speech, you move, you die.
In doorways apostrophising is acceptable currency

It’s fine. We have time. There is a vault within safety
square as a bean’s stem & the ocean pushed both ways from it,
a parting of the waves which is musical and which sings to secure me,
& spare as the keel I would fly over it, if I could, being sport.
The days have lain to secure me. My hands follow. Those eyes

I draw on walls and squares of tape are plainly mine, whose
patterns divine themselves for securement. The day has lain
to secure me & drives itself blind towards night in its haste
for securement. I am but a latch with it, & its comfort lacked.
I fear the laying on—wait on—a little flush in my eyen hath bruised me.

No small collapse but aptitude, itself an interest
forc’d like flowers, and such is education.
Which is that line again.
Which seems incurable. Curare in the eye
And so the form cut out by means of sympathy.

One of you is counting for cover & recovery.
You are recovering, not doubting the necessity
for succinctness and/or an elusive personal worry.
But the crowds get so terribly near the sea, and clouds
of inky pyrethrum shearing petrel wings free of lice
petals gripping the teeth of both world wars as semblant,

a kind of gott natur on canvas. But your drift, chattering on
in this manner with a grout effigy of safety: whether showed
or shown or sewed into rage is strategy for starters.
You will never finish the half of it. And the question
for stars is a revered negative swept across the frontage
of the drowning cities, all safe now from care

now there was a historical synthesis that we had a hand in
floating ships across the tangentially heating blues; but these
were not seas, but successions of use and privation,
easing rain upon canopies, cracking gold into shale
in your delicate search, your halcyon dream
of void fortune

love seems to inform the truer statements as statuary
& here I am in rhapsody vis-a-vis that rara avis
of reasonable beauty. Shingle moves
the seasons presume a delicacy of touch
& the position is light: a casual vacancy
one moot point. clean. in a void of blocks and secrecy

projected as an interior difficulty, of apprehension
blown past as a sere white line over the desert index

a forefinger held up to the sky could see it, but for lack
of noise unloaded at night since the presupposition of a target

and light also fell into it. Like wine dark. Sees elsewhere
in disks of water and a rapid participatory grace

elements of predation holding the eye & not without risk
this grace, a candour tipped to cede darkness with order

In this symbolic badinage
a lost cast of a single hour

waxes lyrical, like a bandage
around the head or a lyre

some anonymous foreign powers
planting a star where queues

form and recede for rejection.
Though a rout threatens to speak

the heart is past it
its boring, beautiful light

Helen Macdonald is a writer, poet, illustrator and naturalist, and an affiliated research scholar at the Department of History and Philosophy of Science at the University of Cambridge. She is the author of the bestselling H Is for Hawk, as well as a cultural history of falcons, titled Falcon, and three collections of poetry, including Shaler’s Fish. Macdonald was a Research Fellow at Jesus College, Cambridge, has worked as a professional falconer, and has assisted with the management of raptor research and conservation projects across Eurasia. She now writes for the New York Times Magazine.

Harper Lee and the Myth of a Post-Racial America 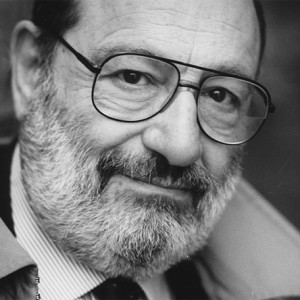 Two literary supernovas, each with iconic first novels that sold tens of millions, died on Friday, triggering an outpouring...
© LitHub
Back to top