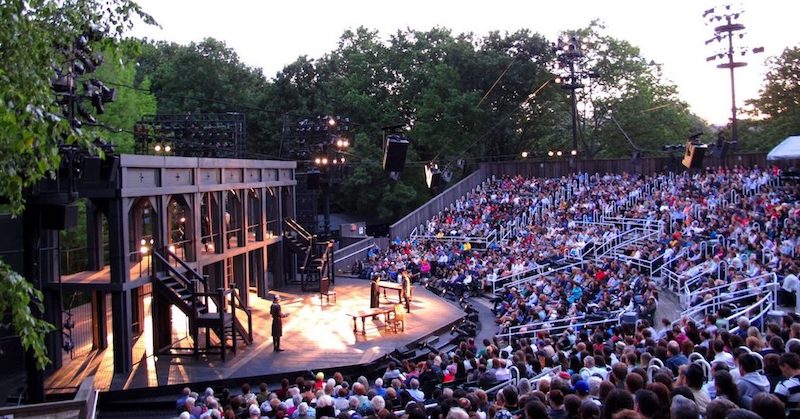 Shakespeare in the Park is back, with another all-Black cast.

Why, then the world’s mine oyster, which I with sword will open.

Dust off your Elizabethan collars and prepare for some midsummer madness, Bardolators (yes, that is the correct term), because beloved Big Apple institution Shakespeare in the Park (a theatrical program that has staged productions of the Big Willie’s plays at an open-air amphitheater in New York City’s Central Park, for free, since its inception over 45 years ago) is back.

The program’s glorious post-COVID return will kick-off on July 6 with a production of Merry Wives—an all-Black comedy adaptation of The Merry Wives of Winsor, perhaps Shakespeare’s most lighthearted play—by acclaimed Ghanaian-American playwright Jocelyn Bioh. (You may remember 2019’s all-Black production of Much Ado About Nothing, which was also staged at the Public.)

Set in contemporary Harlem among the borough’s West African diasporic community, Merry Wives is described as a “raucous spinoff featuring the Bard’s most beloved comic characters,” telling the story of the trickster Falstaff and “the wily wives who outwit him in a new celebration of Black joy, laughter, and vitality.”

Oskar Eustis, the Public’s Artistic Director, had this to say of the hotly-anticipated open-air show:

Our production is set in contemporary South Harlem among the African diasporic community in New York, and that’s not an accident. We are returning with a celebration of our immigrant communities of color and our certainty that Shakespeare can belong to all people, no matter who you are. We are back. New York is back. Come to Central Park to celebrate!

You know what, Oskar; I think I will.