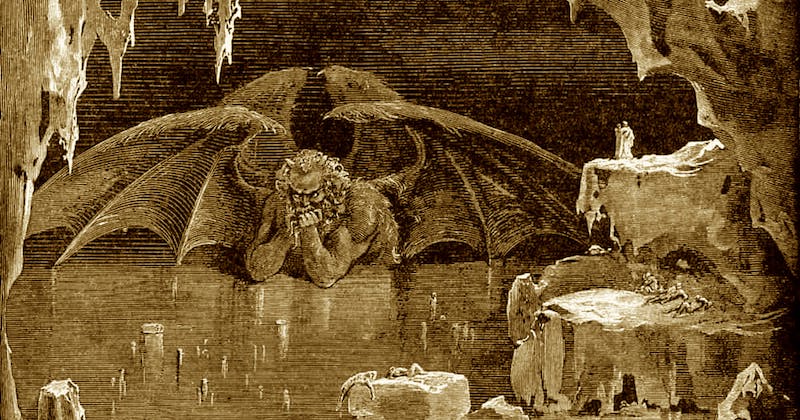 Shakespeare and Dante fans are feuding in the papers.

Here’s a lesson: if you dare to pan Dante Alighieri, of Inferno fame, in a public newspaper, your reputation will go up in smoke. In Frankfurter Rundschau on March 25th, German journalist Arno Widmann wrote a piece downplaying the importance of Dante’s work. Widmann said schoolchildren have a hard time understanding Dante’s verse, and then claimed Dante was entirely beholden to French medieval troubadours. Widmann further fanned the flames of controversy by comparing Dante somewhat unfavorably to Shakespeare, saying Shakespeare “in his amorality was light-years more modern than Dante, who dragged [and judged] everything in the face of his own morality.” Why did he bring Shakespeare into it? I suppose he really likes Shakespeare.

Insulting one of Italy’s most beloved, influential scholars is already playing with fire. But particularly damning was that the article was published on “Dante Day”—the date on which Dante, according to most scholars, made his fictional descent into Hell.

Italians and Dante enthusiasts were incensed by this seemingly flagrant disrespect, taking to the airwaves and social media to express their displeasure:

—The Guardian noted that Eike Schmidt, German art historian and director of Florence’s Uffizi Gallery, described Widmann as showing “complete ignorance” during a radio interview. “Widmann maintains that Dante’s importance for the Italian language was not so great, because children at school would have difficulty understanding his texts, but that’s not the case at all,” said Schmidt. “Apart from a few words and some theological concepts, Dante’s language is still perfectly intelligible today, unlike what happened with English or German in the 14th century.”

—Pieralvise Serego Aligheri, descendant of Dante, described Widmann’s article to news agency Adnkronos critically: “Spurious, questionable judgments, and senseless attacks. Who knows, perhaps, Germany is sorry not to have had an immense artist like Dante. [Widmann’s] tone, however, doesn’t seem very diplomatic to me.”

—Also to Adnkronos, Italian linguist Luca Serianni, vice-president of the Dante Aligheri Society, as having “a childish approach”. He added, “In some cases, to quote Dante, ‘Silence is beautiful.’”