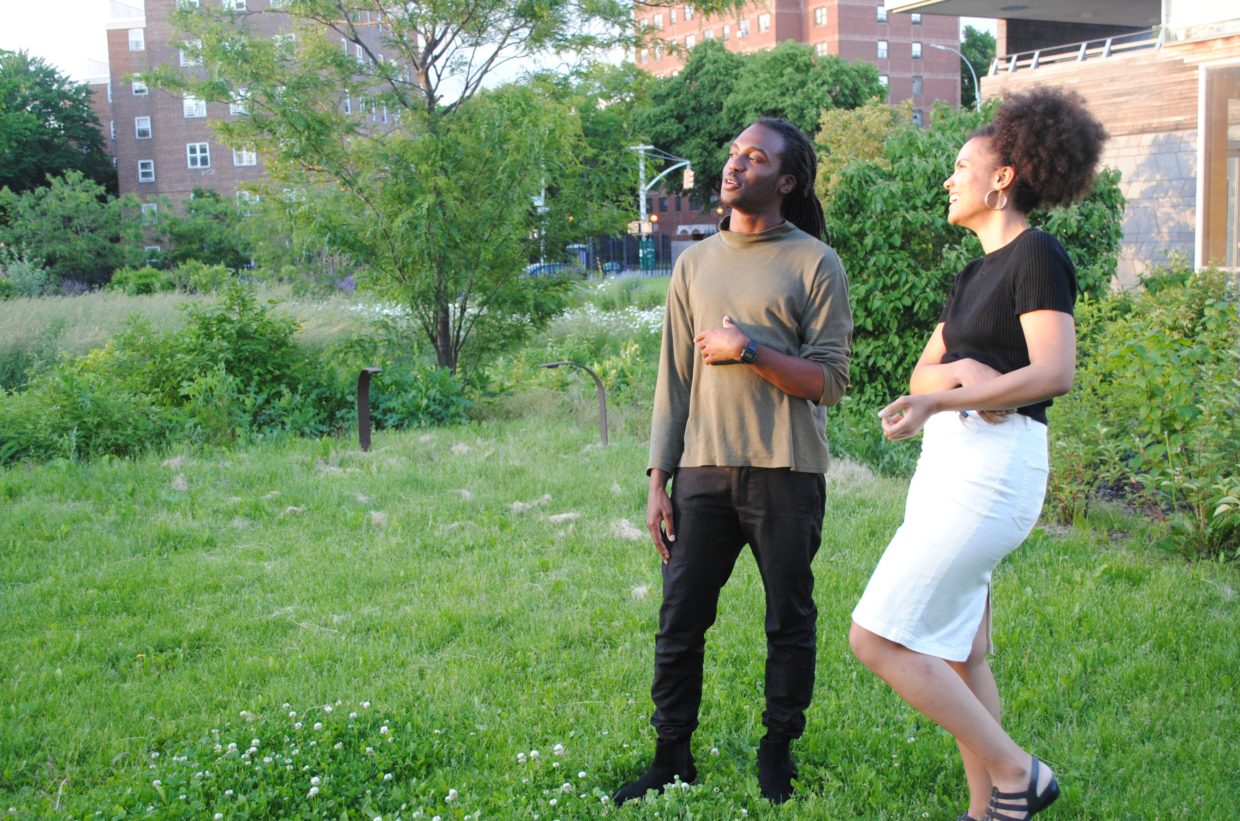 Luminous Words in a Beautiful Space

Late Friday afternoon, I walked through tree-lined, brownstone blocks of Bed-Stuy to get to the Weeksville Heritage Center for the kickoff of Cave Canem’s 20th-anniversary celebration, A Panoramic View of Black Poetry. It was a weekend to celebrate Cave Canem’s legacy and promise, the past, present, and future of an institution founded to nurture and cultivate the recognition and representation of African-American poets in the literary world.

We should all be spending more of our time at the Weeksville Heritage Center, the historic site of one of America’s first free black communities; it’s a sleek, modern space both industrial and airy, sharp-lined but with lots of windows for staring at sky. The lecture room wasn’t quite full when I arrived, just some poets clustered in the back, and one entire wall was made of windows, looking out onto a green, overgrown field. I’m used to readings held in bars or basements, and it felt so unconstricted to have open space in our peripheral view.

We waited for the talk to begin and I talked to Leslie Shipman about being in New York for the holiday weekend, how much we liked being in the city when everyone else has fled. She introduced me to John Murillo, who asked if I was also a poet. I told him I was a fiction writer but with that tic that sometimes emerges—but I haven’t published a book. He said how the nice thing about being a writer is that there isn’t a shelf life, that it’s not like being a dancer—“There’s no rush.” It’s something I’ve heard a lot but I never tire of hearing it from someone so convincing. When Cave Canem Honorary Directors Elizabeth Alexander and Terrance Hayes walked in, we all began taking our seats. Another Cave Canem Honorary Director, Walter Mosley, sat in the front row.

“There is urgency always in our need for art,” Elizabeth Alexander said. “I believe all the dicta about that which art can do: the very human function, the soul exchange, the record of what it is to be human, the metered breath of life, the song that people make and offer reach other. That is indelible across time and culture: the urge to sing, to sing joy, to sing sorrow, to sing history to tell stories in human breath.”

She spoke about the life of Cave Canem, how they’ve changed it and it will continue to change, and then about her personal poetry. She said how she tries not to make such a fetish of writing a poem. “It’s another lesson in a long life of being a poet: if you make a fetish of the poem and think you’re only doing your work when you make poems, you sometimes actually miss the most important work that you have been called to do.” She read to us the only poem she wrote in 2017: The Fabulous Puerto Rican Yoga Teacher.

When yoga is done she’s left glitter on my skin
We hold a thing so long we don’t know how to let go of it, says the fabulous Puerto Rican yoga teacher


So I breathe and let go of what I do not know, but of something.

Elizabeth Bryant, programs and communications coordinator at Cave Canem, introduced Terrance Hayes, who she described as: “a teacher, parent, citizen, and in his own words, still/always becoming a poet.” Terrance Hayes prepared a keynote speech threaded through with poems, promising us something like commercial breaks. He began with a quartet of poems all with the same title: American Sonnet for my Past and Future Assassin.

Probably, twilight makes blackness dangerous darkness
Probably, all my encounters are existential jambalaya
Which is to say, can a brother survive?

“I have seen what black people can do with beauty,” Hayes said. “I have seen black people make their complicated, contradictory, and fucked-up histories into poems, little verbal engines, wires of feeling. I’m not going to totally say it’s artists that hear the American dream best and then give it its shape. I would say say poets carry love in their defense, love in their loneliness and bewilderment, in their doubt and their genius.”

Terrance spoke about James Baldwin and I Am Not Your Negro, and Marvin Gaye’s 1983 performance of the Star Spangled Banner, after he’d spent time in rehab out of the country. “Something happened while he was exiled trying to rediscover, restore, revise himself. His voice isn’t the same in any of his other songs.” Gaye was dead a year later, shot by his father.

“[Cave Canem] taught me to write poems in my room alone, but to always turn my gaze to the window on our country out there, as well as to the mirror for self-reflection, for my family, and always to leave a door into this room where you are welcome, to enter, eat, dance, rest. We celebrate black poets of complex Americanness. We must love this country better than it loves us. And this country must love us better than we love ourselves.” Hayes ended as the recording of Marvin Gaye’s 1983 rendition of the Star-Spangled Banner swelled up, a softer version of his voice than we’re used to, thick with emotion, and we all sat still in the room, listening closely.

Afterward, I wandered over to the table Greenlight Bookstore had set up and bought a copy of How To Be Drawn. Syreeta McFadden said Terrance was so in her head, knew exactly what she was thinking about I Am Not Your Negro. We couldn’t stop talking about it. The gift bags came with red straps and an image of Baldwin drawn by Hayes, with a quote imprinted on it: “All art is a kind of confession, more or less oblique. All artists if they are to survive, are forced, at last, to tell the whole story; to vomit the anguish up.”

Toward the end of the night I met a poet who was in New York just for the weekend to attend the Cave Canem festivities; “I’ve only just found out about it!” she said happily. “So I came up from Pennsylvania.” It’s not hard to convert people to poetry or to Cave Canem, a space where the cultivation of community feels just as important as the words we gather around and repeat. “Devote yourself to black people,” had been one of the last things that Elizabeth Alexander had said. “That’s sometimes just such a pain, isn’t it? Devoting ourselves to each other. But nothing could be more beautiful.” 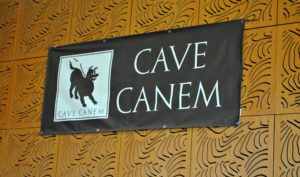 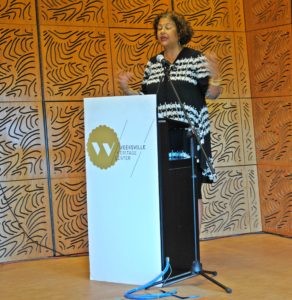 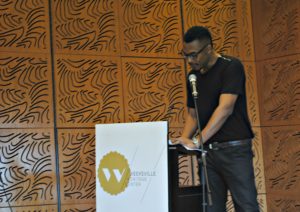 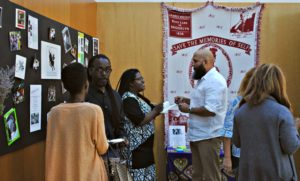 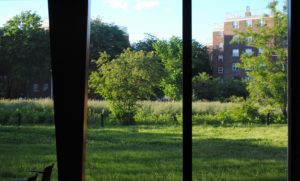 The view from the reading 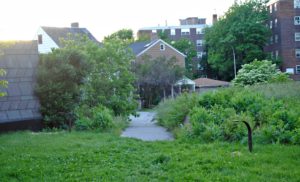 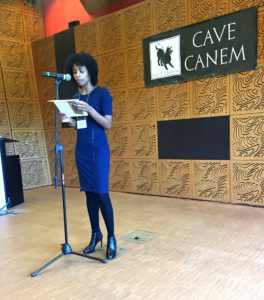 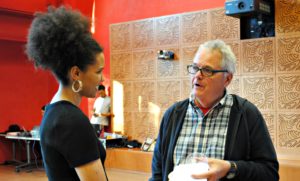 Sex, Memoir, and the Women of the Beat Generation 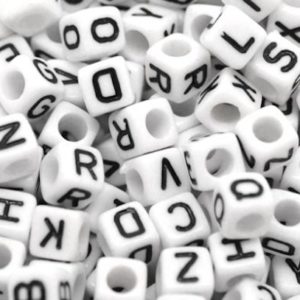 Deb Werrlein is a former adjunct English professor, who now works as a freelance writer/editor and volunteer literacy tutor....
© LitHub
Back to top
Loading Comments...