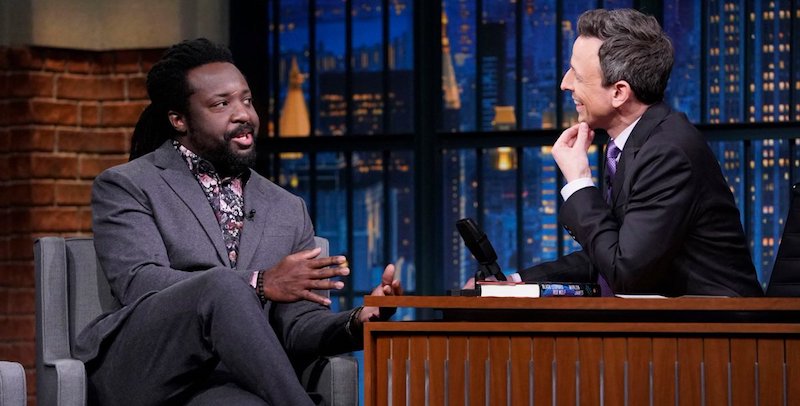 Upon seeing the news that late-night host and SNL alum Seth Meyers will be the MC for this year’s PEN America Literary Awards ceremony, I thought, This seems right. Meyers has a knack for engaging non-traditional late night guests, from authors to YouTubers, people whose faces we don’t tend to see on billboards or movie screens.

PEN America president Jennifer Egan described Meyers as “a beloved champion of literature,” and so, curious to know more about author appearances on Late Night with Seth Meyers, I did some digging. It turns out Meyers has brought dozens of writers onto his show, not all of whom were established or well-known when they appeared.

When The New York Times checked in with Meyers last fall, he was reading works by Margaret Atwood, Zadie Smith, and John le Carré; expressing his admiration for Jane Austen, Marlon James, and Patrick Radden Keefe; and describing his mother as someone who downs novels like a gin and tonic.

When asked about writer appearances on his show, Meyers told the Times, “It’s been a delight discovering what good talk show guests authors make. They are, by nature, storytellers, and even though it’s rare that a majority of the audience has read the book, people love hearing writers talk about their process. To most, writing is magic, so to have people who can do the tricks talk about it makes for good conversation.”

Here are a few author highlights from Late Night: