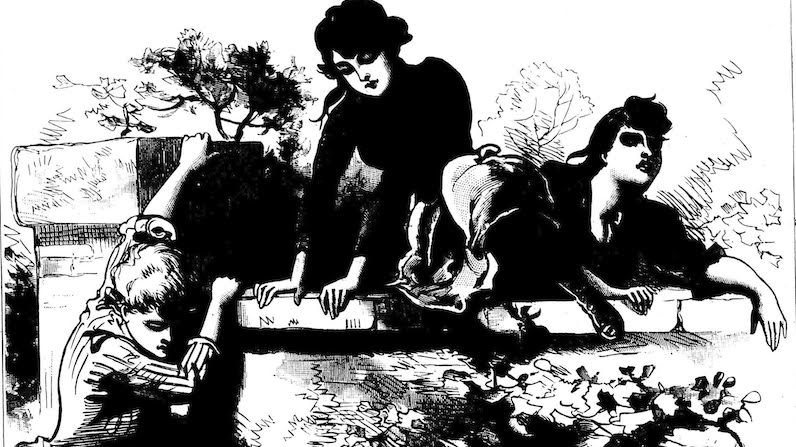 In The Girls with No Names (Park Row Books, 2020), Serena Burdick, whose previous novel Girl in the Afternoon won the International Book Award for Historical Fiction in 2017, turns a spotlight on the world of “Magdalene laundries” and the many nameless women who passed through them between their founding in the Victorian era and their abolition in the 1990s. In so doing, she paints an absorbing portrait of relationships within families and the ways they can go awry, as well as the hidden strength on which even the seemingly weakest and most damaged among us can draw in times of need.

Effie Tildon loves her older sister, Luella. Sixteen to Effie’s thirteen, Luella has long taken the leading role in deciding what the two sisters do, even when it leads them in directions their parents would not approve of. Those three extra years are one reason that Luella directs Effie rather than the reverse, but another important reason is that Luella is strong and healthy and rebellious, whereas Effie has lived in the shadows since her birth—the result of a congenital heart defect that, although entirely curable in our own century, in 1900 has left everyone in the family certain that Effie may die any minute.

So when Luella leads Effie to a Roma camp on the outskirts of New York City, then disappears one day without letting her sister know where she’s headed, Effie is determined to find her, even if it means confronting her fear that their father has had Luella committed to New York’s notorious House of Mercy, a home for wayward women and girls. Effie comes up with a plan to abandon her privileged Gilded Age life and check herself into the House of Mercy. Her plan succeeds admirably—until the moment she discovers her sister is not there. That’s when Effie realizes that getting out of the House of Mercy is a lot more difficult than getting in.

C.P. Lesley: And what drew you to the story that became The Girls with No Names?

Serena Burdick: That was inspired by a lot of news reports about the Magdalene laundries in Ireland. I originally thought I would write about something in Ireland, but when I looked into it I discovered there were Magdalene laundries all over the world. When I discovered they were also right here in the United States—and right here in New York City—I decided not only that was a useful thing to bring to light but also a fascinating thing to talk about.

CP: Let’s start with Effie. How would you describe her life at the moment we meet her in Chapter 1?

SB: We’re introduced to her in that turn from childhood to teenage years; she’s just about thirteen. We learn very quickly that she has a heart condition, which is the thing that has defined her her whole life. People consider her weak. I think she considers herself weak, so the story gives us that element so that we discover her strength as it goes along, and she discovers her own strength. At first, she’s a character who defers to her sister, who’s a bigger and more glorious figure in the family than her rather shadowy self.

CP: Set up for us, please, the sequence of events that lead to Effie voluntarily entering the House of Mercy.

SB: The sisters discover in the first chapter a Romani community that lives just a stone’s throw from their home. Luella, the older sister, becomes intrigued with their lifestyle. She’s a dancer, and the music element of this community is so exciting to her, so different from her ballet background. Then a disturbing secret comes out about their dad. Also the House of Mercy has been this mythological, frightening thing in young girls’ lives, and the father has threatened to send the older girl there if she doesn’t behave the way he wants her to. And Luella becomes more and more rebellious. So I set up a lot of questions about the sister that lead to Effie committing herself.

CP: What would you like readers to take away from The Girls with No Names?

SB: I just love people to get into a good story! I also want to bring to light that time in history, and I think it’s important to remember that here in New York City a hundred years ago, which is not that long, these things were going on. I dedicate my book to the women who were in the House of Mercy, whose stories were never heard or told, making them seem meaningless. I love being able to give fictional voice to these women.

What Is It Like To Be an EMT on the Front Lines? 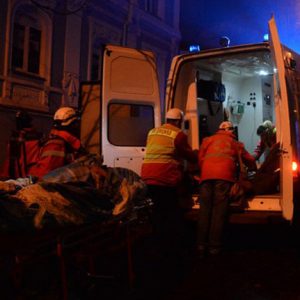 What Is It Like To Be an EMT on the Front Lines?