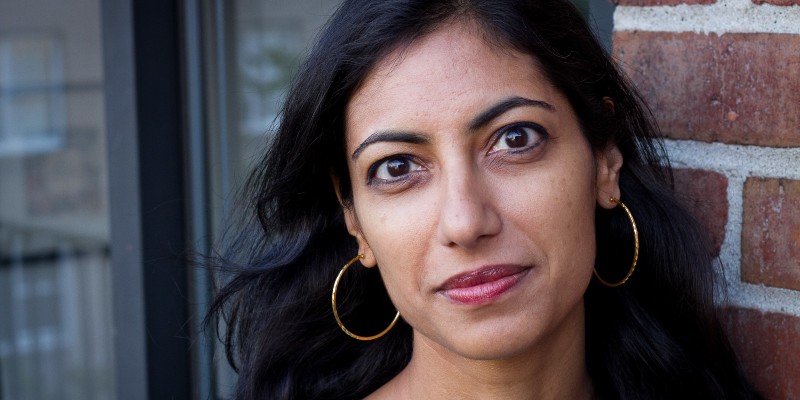 Sejal Shah on Making Oneself Visible in America

This week on First Draft, Sejal Shah joins Mitzi to discuss her essay collection, This Is One Way to Dance, out now from University of Georgia Press.

Mitzi Rapkin: Let’s talk a little bit more about these themes of invisibility or hyper-visibility because they are embedded in your essays and in your life. Can you talk more about that in general in your life? I’m also curious, if because you were the only one in your family born in the USA, if that had a different impact on you than them because they knew the country they came from?

Sejal Shah: It’s interesting, because they haven’t read the book yet. I did give a copy to my parents and I don’t think my brother has read it yet. So, I don’t know. I know that he was aware of having this lived experience in India, even though he was quite young, and I was aware that I didn’t have that. So people would want to talk to me about being Indian and certainly I knew things about it and I was growing up in in an Indian family and a Gujarati family and that’s what we spoke at home, but it felt frustrating to not have the firsthand experience and to also be in an educational curriculum that really didn’t teach that much about the rest of the world. So, I think the burden then falls on the person. That’s how I experienced it, but it’s hard to say. I think Maxine Hong Kingston says this in The Woman Warrior, like Chinese Americans, what is your own family and what’s the movies? Because you’re getting it all secondhand.

Mitzi Rapkin: What about this concept of invisibility or hyper-visibility? Can you share more about what that felt like in your life and how you translated that into these essays?

Sejal Shah: I was really aware of Rochester and the city and the suburbs being really segregated. We were one of three Indian families in our neighborhood, and there was one black family. I was always really aware of that and bean counting. if I was looking at an anthology I would look to see who’s in there by their names. Is there someone who’s Indian or who’s Asian American, and I wonder if I’d grown up in a different place like my cousin’s grew up in California and in Queens and in Edison, New Jersey, where there are much larger immigrant populations and Asian American populations where maybe that wouldn’t have been what I was interested in at all. I think here it felt like we knew most of the other Indian families, but also oddly, my parents, closest friends, and their kids were not in Brighton. I think in that way it’s similar to any religious community, like having camp friends or church friends that you know in a different way outside of school.

I wrote about that in the opening essay in the book, “Skin.” I had a friend from college say, I’m so sorry that a guy said that to you. “Skin” was originally a short story. I felt like more than it being about me it was more about what is it like to be in a landscape that sees you as other? There was something so odd to me about that experience in that you’re just yourself walking through the world and seeing the world but I think my experience of being a brown person in a white environment is having to brace yourself to hearing other people’s reactions about you and the feeling that they can ask about your heritage which you may or may not be interested in. I met this guy at a party in New York and he was Indian-American, and I asked him where he was from. I was curious. I guess I wanted to know what language he spoke. I think he was Bengali and I ended up dating the guy that he was with, but he just would not answer it. He just said he was from Ossining, New York, like he just would not go there. I remember being so irritated with him and also sort of respecting that he was just not interested in having that conversation at a party in New York.

Sejal Shah is the author of the debut essay collection, This Is One Way To Dance. Her stories and essays have appeared or are forthcoming in Brevity, Conjunctions, Guernica, the Kenyon Review Online, Literary Hub, Longreads, and The Rumpus. 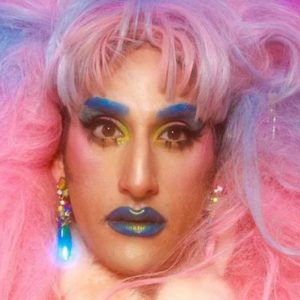 As a gay, nonbinary Arab Muslim, I’ve found that most mainstream narratives of lives like mine are intentionally reductive—Islamic...
© LitHub
Back to top