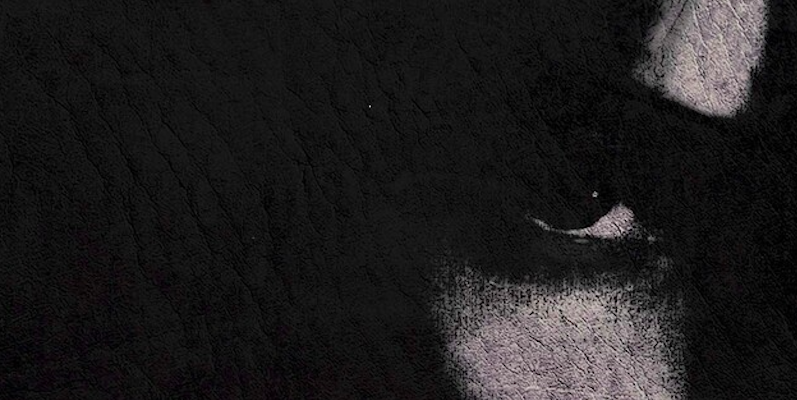 Nathan Smith Finds Hints of Hope in a Literary Hoax

Like most inward teens, I sought comfort in the angst of others, namely adolescents found between book covers. The usual suspects like Holden Caulfield of Catcher in the Rye and Esther Greenwood from The Bell Jar offered solace. So too did the unnamed narrator of Go Ask Alice, sharing her raw confessions about abuse and drug use in 1960s America.

It wasn’t so much that I wanted escapism but recognition that my struggles—with sexuality and self—were as much others as my own. As a journal writer already, I gravitated to Go Ask Alice after sleuthing around the library shelves for something as angsty and maudlin as these other books. (And as TikTok kids today show us, I’m not the only queer teen who ever camped out with Alice in the lunchroom.)

Purportedly a truthful set of diaries capturing the trials of one girl suffering some serious teen problems—everything from heroin use and sexual abuse to even drug trafficking—I gauged Go Ask Alice as a memoir, if even I found it in the fiction section and some of its stories far-fetched. As a closeted queer kid, I was willing to find support anywhere, if even I had to suspend some disbelief.

The narrator is a nameless 15-year-old girl in the late 1960s, chronicling her struggles with the evergreen teen issues of social status, sexuality and somewhat misguided romances. While seemingly well-adjusted, the nameless narrator quickly descends into a dangerous, destructive world. It begins with recreational drug use (weed and LSD) and petty criminality before the writer flees from her family, consumes heroin and finally ends up almost homeless. Each time our heroine experiences this escalation, she returns to her family before the cycle begins anew.

We learn this diary is a source of comfort and reassurance from the outset: “Oh please, Diary, help me to be strong and consistent. Help me to exercise every morning and night… and be optimistic and agreeable and positive and cheerful. I want so much to be someone important.”

At the book’s end, readers are given a sober epilogue (from third-party editors) about her demise. They state that the young girl died some three weeks later after the final entry from a drug overdose (the nature of which is left intentionally vague).

It was less important whether the misdeeds were true or not; it was important that feelings of alienation, angst and estrangement existed in others too, signaling that my own were valid.

Despite some of these contrived parts, I remember being enthralled reading Alice as a teen. I was starting at a new all-boys school at around the time and had yet to find my social footing. My own struggles with sex and sexuality at 16 meant that I was looking for some comfort from others, especially in fiction. The story of a double-life resonated with me.

I remember asking my mom, a product of the 1960s, whether journals were commonplace. She told me they were common but added that she burned all of hers at 18. It lent some credibility to this girl’s story—if my mom destroyed hers, then maybe these pages were legitimate tales, if a little unbelievable at times. (Though I didn’t ask my mom why she destroyed hers.)

Rereading Alice today, I concede the many terrible things that besiege the girl appear unrealistic and unlikely. The leap from smoking to pot (“I finally smoked pot and it was even greater than I expected!”) to dealing LSD (“I sold ten stamps of LSD to a little kid … who was not even nine years old”) before finally taking heroin (and in only a short time) now seem doubtful at best.

Some background in understanding Go Ask Alice may help. Though published anonymously in 1971, it’s largely been acknowledged that Mormon therapist Beatrice Sparks composed most of the book, using the framing of a “found manuscript” to convince readers of its genuineness. The editors of Alice hint at this fiction, saying that by publishing this book they hoped to “provide insights into the increasingly complicated world in which we live.” Sharing this awful story publicly, readers should be less concerned with the girl’s reality and more with the message her account conveys.

Much of this nuance was lost on me at the time. Buried in the made-up lives of other teens like Greenwood and Caulfield, it was less important whether the misdeeds were true or not; it was important that feelings of alienation, angst and estrangement existed in others too, signaling that my own were valid.

There are many tell-tale signs showing us the fiction though. The diction alone is often too sophisticated for any 15-year-old. Few teens would likely use words like “begetting,” “witless,” or “disreputable” in a diary. I even leafed through some of my old journals for this article and found that—while I often indulged pretentiousness and self-aggrandizement—my vocabulary never featured “witless” or “disreputable”.

Still, as a teen, Go Ask Alice felt like having some raw exposure to the inner thoughts of one wayward girl. I trusted the writer, whoever she was, assuming her diaries recounting trauma and tragedy were never meant for public eyes. There was an unchecked intimacy that made me feel like I too was sharing in her pains and struggles. Moments of simpler prose seemed more aligned to my own experiences new and isolated an all-boys school at 16: “It’s terrible not to have a friend. I’m so lonely and so alone.”

The fact that she died was grim, yes, but it was her act of writing a journal that confirmed for me the importance of doing the same thing for myself. I knew that my hellish school years at the time were worthy of chronicling, so I wrote them (sometimes imagining another reader discovering them later on).

As a teenager, journals offered me a private world, a world away from my loneliness in which I could dream of a truer, more realized queer self.

Now looking back at Alice, I see that for those of us ever invested in the journal as a writerly form of self-realization, there is something deflating about the ending. The writer argues that a diary is only of value to a young person and not for an adult: “Diaries are great when you’re young… But I think when a person gets older she should be able to discuss her problems and thoughts with other people.”

As a teenager, journals offered me a private world, a world away from my loneliness in which I could dream of a truer, more realized queer self. Reading it as an adult, the sudden ending of Go Ask Alice implies the diary was in and of itself pointless (it’s better to discuss “problems … with other people”), acting only as a literal record and not as any meaningful way for the writer to find some greater self-understanding. Even the cringe-worthy and casual “See ya”—the final words in the diary before the epilogue—seem to dismiss the whole diary writing project as juvenile and futile.

There was disappointment in seeing the book end this way at 16. I didn’t buy that all teens thought their diaries were without value or insight, or that only adults could afford us kids any enhanced self-understanding.

This and other parts of Alice left me wanting more as a queer teen, like its portrayal of queerness. I remember finding some scenes of sexual experimentation titillating in the book, but its harsh views of same-sex desire (channelled by the narrator) did leave me disheartened, if also a little comforted (in a strange way).

Sexual experimentation, especially same-sex attraction, do appear as a sinful pleasure in Alice. The writer—supposedly feeling the effects of marijuana—wants to “screw with a girl” but only expects to “feel terrible” afterwards. There’s a close kinship with female friend Chris we bear witness to, as the pair briefly open a jewelry store in Berkeley, California. “Each new time is the best time and Chris feels the same way …  I’ll never be able to express how really great it is.” Such moments of intimate female companionship were reassuring to me (if apparently heterosexual in nature), as I hid away with books in the school library pining for my own same-sex companion.

And the book’s problematic homophobia I put down to its time and place. For example, at one point, the heroine discovers “low-class queer” boyfriend Richie having sex with male friend Ted, which she then conflates with the many wrongdoings she herself has done, like selling drugs to kids: “What a disgrace I am to myself … I’m as bad as that sonofabitch Richie.”

But even the acknowledgement of homosexuality in the book gave me a kind of uncanny consolation. Often the pleasure of queer reading—or just reading as a queer—is how to make a text your own, finding nuance and meaning where there may not be any had. The writer was a product of her times; her encounters with queerness reflected her times, not necessarily what homosexuality was.

As we queers often need to form our identity in the shadows and hidden from view, so too do we look for the unsaid in popular culture. I know I had few role models (except perhaps divas in the Cher model, like many gay men) to project my identity onto. So, it was often fictional works where there was an unexpected comfort in finding homosexuality just mentioned, or even the hinting of same-sex desire, that provided just enough.

Much like we see the heroine of Alice briefly find intimacy and part of her identity in female friendships, so too did this simple hint of queer hope offer a powerful message to me in the closet. I knew Alice had its problems but it also felt nice to be noticed, as they say.

As a product of its times and an enduring cultural account of the young on drugs, Go Ask Alice may no longer be any kind of important compass for young readers today (whether queer or not). But for some of us who mined the canon of teen angst, there remained some redeeming features to the book in capturing a double-life of self and sexuality, if only we were ever reading between the lines.

Making Students Feel Seen in the Era of Masking 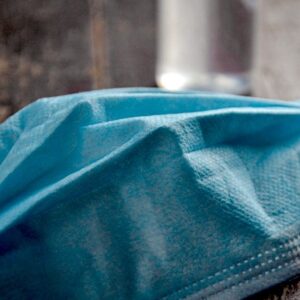 Making Students Feel Seen in the Era of Masking

This piece is part of a series from teachers on the ways their classrooms have changed over the last year. Read others here. * I...
© LitHub
Back to top