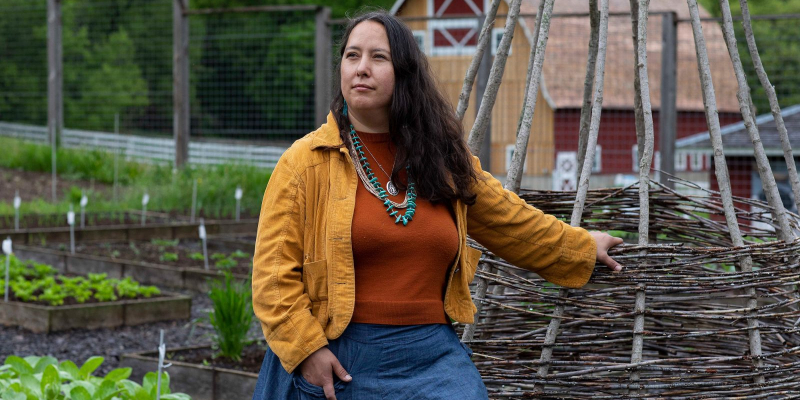 Rowen White is a Seedkeeper from the Mohawk community of Akwesasne and an activist for Indigenous seed sovereignty. In this in-depth interview originally published in our Food Issue, Rowen shares what seeds—her greatest teachers—have shown her: that resilience is rooted in diversity, and that seeds carry the potential for the restoration of the living systems that nourish us. Seeds, she says, reflect back to us encoded memories of how to nurture a food system that is rooted in a culture of belonging. As we gather safely around the table this coming week, we invite you to consider our relationship to the foods that nourish us and to reflect on the encoded memories of planting and care that you carry.

Emergence Magazine: One of the strands of your work focuses on returning seeds to their original keepers, birthplaces, and lands. Can you talk about why this is so important?

Rowen White: For a multitude of reasons, many seeds have moved from their lands of origin, from tribal communities outward. We know that seeds move and migrate. It’s naturally a part of a seed’s journey to want to move along kinship routes and trade routes. Corn, herself, moved from a very fertile valley in Oaxaca to all regions of the globe, through trade and through kinship routes.

But during the time of immense colonization and displacement and acculturation in the last several centuries in North America, there have been some disconnections between people and their seeds, and also people and their ancestral lands. Through things like the Long Walk and the Trail of Tears, people have been relocated forcefully to other places, sometimes carrying those seed bundles with them. And then sometimes those seeds were traded out, but they didn’t stay alive in their communities of origin; and they found themselves in places like the USDA seed bank and public access seed banks, like Seed Savers Exchange in Iowa, and the Field Museum in Chicago, and the University of Michigan—many places, where these seeds have found themselves away from their communities of origin.

As we’ve been working with the Indigenous Seed Keepers Network, as a part of the larger Indigenous food sovereignty movement in North America, one of the key questions and key challenges or problems that we’ve seen is that tribal communities are needing access again to culturally significant seeds, that some of these seeds are no longer available in their communities because of those eras of transition. So many people are familiar with the word “repatriation,” which oftentimes is used when Native communities are reclaiming funerary objects or objects that have been stolen or removed from tribal communities, and also ancestral remains—when those are being returned from institutions outside their community back to their community.

This is a really different and interesting piece—we call this movement “seed rematriation,” because these seeds are alive when they’re coming back home. They’re living relatives, having come home after a long stint away, back to their motherland, back to their mother community. So, the rematriation is harkening to that maternal connection. In many of our communities, there’s a matrilineal connection to Earth. In many of our communities, the bundles of seed are carried by the women, and the ways in which these seed songs and ceremonies are kept alive is in the hands and hearts of women. So, we’re rematriating these seed bundles from institutions back to tribal communities.

Honestly, in all the work that I’ve been doing over the last twenty-plus years, this work of seed rematriation is some of the most impactful work that I’ve seen, in terms of how healing it is. When an Indigenous community works together in collaboration with an institution, or an organization, or a group of people that ancestrally were their adversaries—when they work together with seeds at the center, there is an immense amount of intergenerational healing that happens. When we choose to sort of lay the wounds to the side, and lay our war axes to the side, and work together to grow a garden, to restore these seeds to their rightful places, there is an immense amount of healing that comes with that.

I think in this time that we live in—especially in the political climate that we live in, that speaks so much to division, and to borders, and segregation of people—I think that the message that these seeds are carrying is a message of reconciliation and reparations, of people working together cross-culturally to heal wounds that feel almost impossible to heal.

There are some incredible stories of communities that we’ve been working with, where there’s the generosity of the Indigenous peoples to be willing to trust these allies, and then the allies coming forth with land and resources that help make the restoration of these seed varieties back in their tribal communities possible. I just think that there’s so many messages of hope that come from this movement to rematriate seed.

Rowen White is a Seedkeeper from the Mohawk community of Akwesasne and an activist for Indigenous seed sovereignty. She is the director and founder of Sierra Seeds, an organic seed cooperative focusing on local seed production and education, based in Nevada City, California. She teaches creative seed training immersions around the country within tribal and small farming communities.

5 unconventional fictional families that'll make you miss your own. (Maybe.) 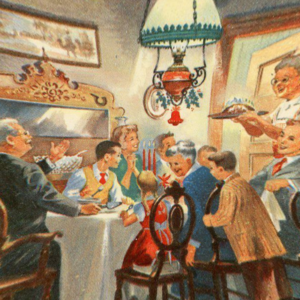 5 unconventional fictional families that'll make you miss your own. (Maybe.)

Dear reader, maybe you're home for the holidays (and, since your dad has just started asking what exactly it is you are doing...
© LitHub
Back to top