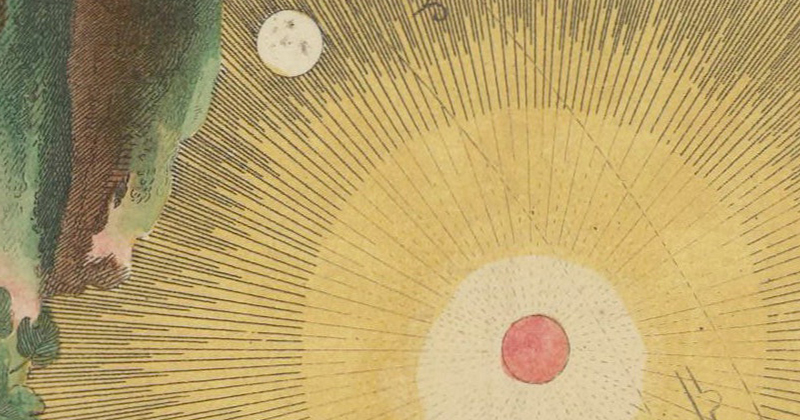 In 1789 Paris, a certain M. Etteilla (a pseudonym of the French occultist Jean-Baptiste Alliette) applied for a patent to print Livre de Thot. Not that kind of thot, mind you—it refers to the Egyptian god Thoth, though I also see it defined generally as “symbol of divine intelligence, incarnates thought, divine word; pure cosmic intelligence, above the world.” Indeed as Kevin Dann of the Public Domain Review explained this week, the deck “promised to reveal the theory and practice of ancient Egyptian magic through Tarot.”

Etteilla’s tarot deck consisted of seventy-eight brush colored cards engraved by Pierre-François Basan, along with a special carrying case. “This deck was radically different from the many Tarot de Marseilles permutations that had appeared over the previous centuries,” Dann explains. Etteilla “founded an organization specifically dedicated to the study of the esoteric Tarot, La Société des Interprètes de Thot, which promulgated the systematic integration of Tarot and astrology, thus refashioning the tarot deck as a tool for spiritual and mundane divination. Etteilla was the first to give divinatory meanings to cards and spreads. And some historians consider him the first person to earn a living as a professional tarot reader.”

The deck is incredible—some highlights are below, but you can see the full set of cards and read more about Etteilla at the Public Domain Review. 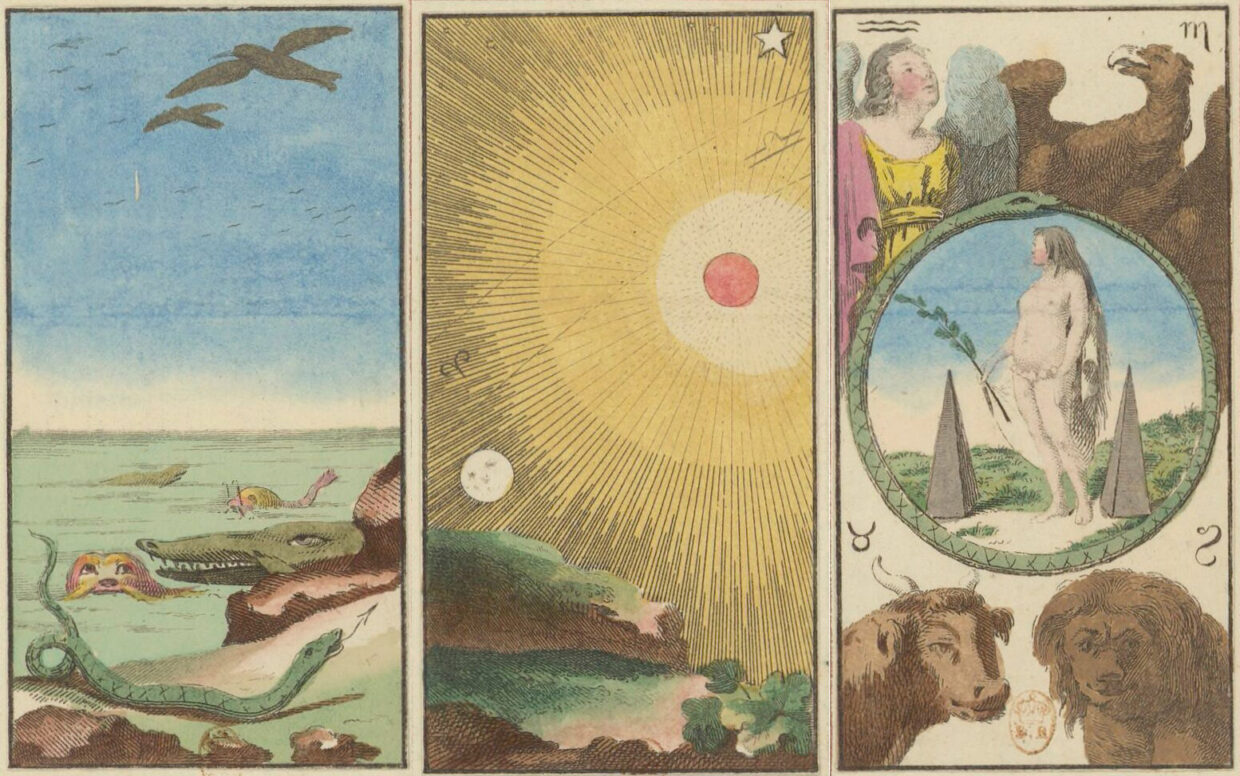 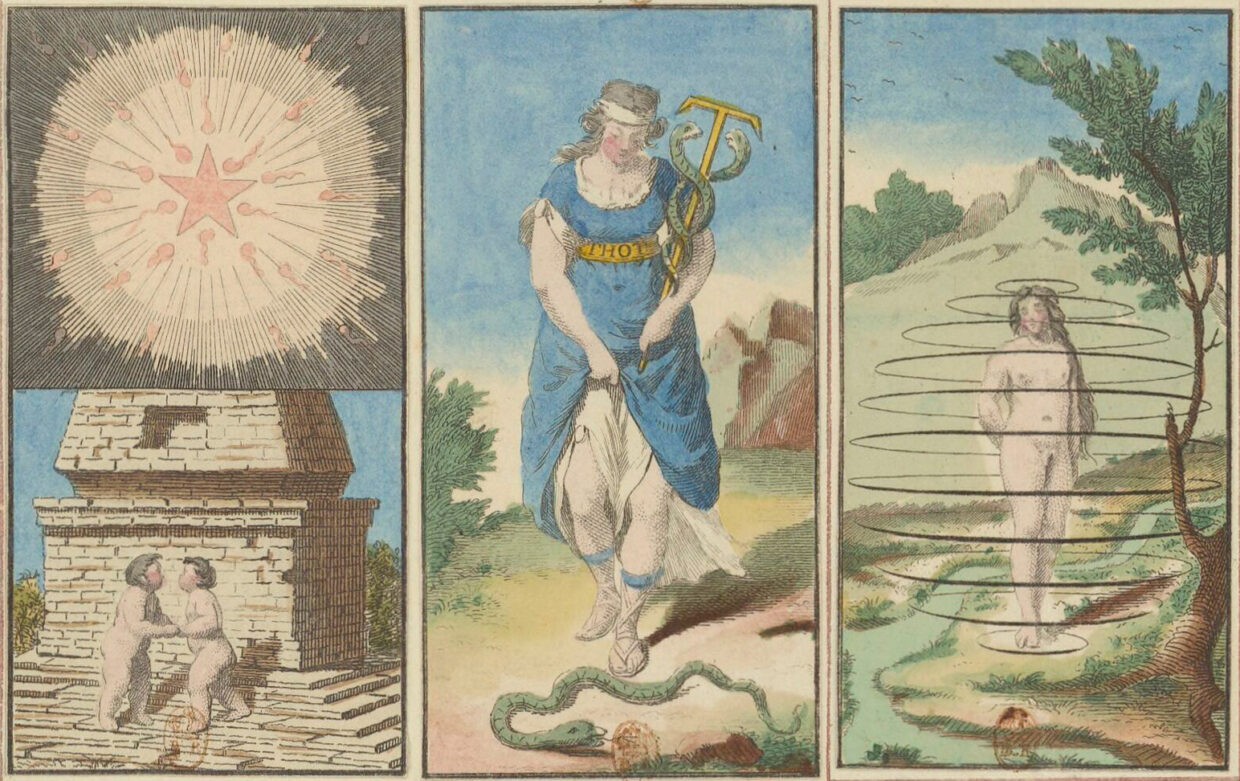 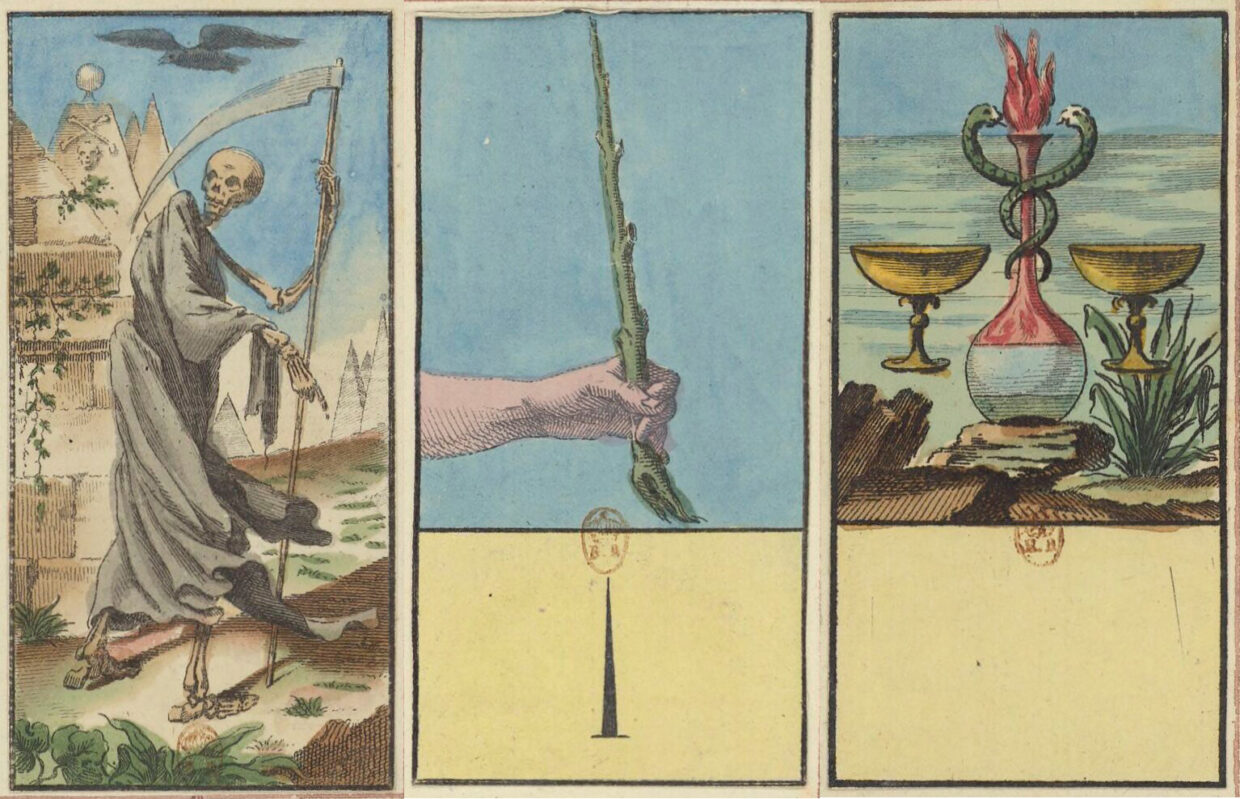