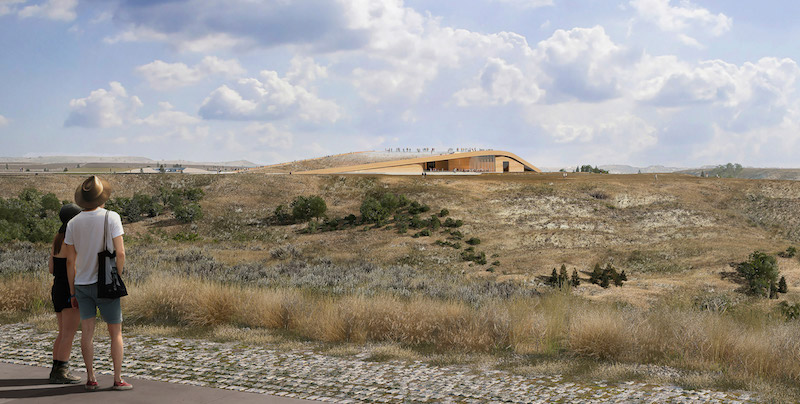 See the design proposals for the Theodore Roosevelt Presidential Library in North Dakota.

The finalists—Snøhetta, Studio Gang, and Henning Larsen—all released designs that incorporate the area’s natural landscape. Snøhetta’s design, shown in the image above, would also rely on renewable materials, according to Dezeen: 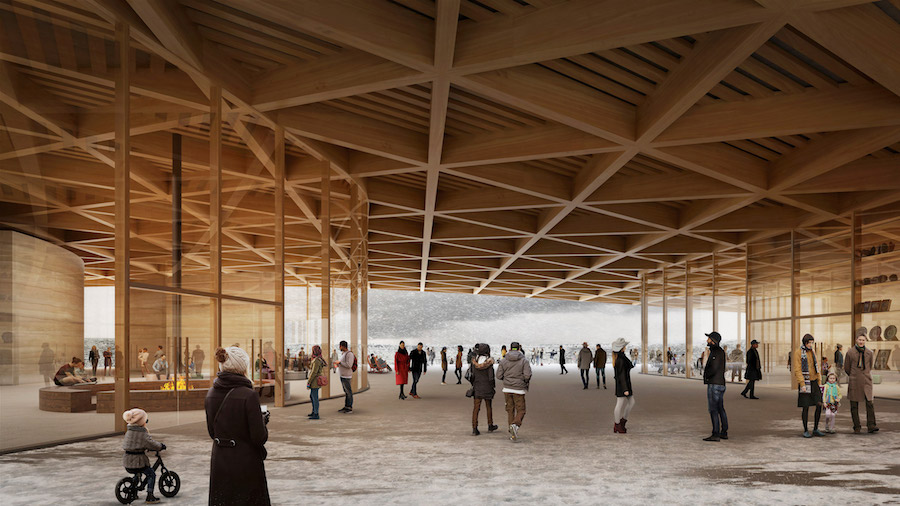 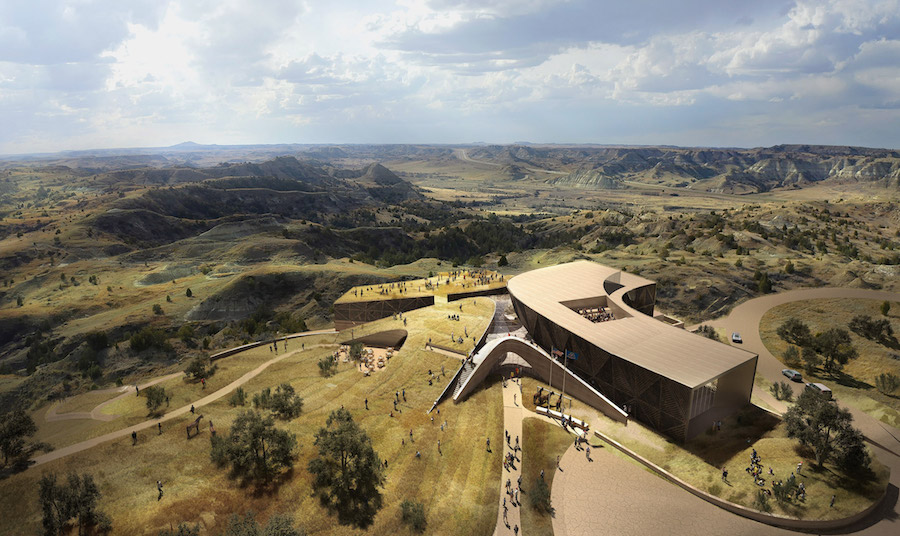 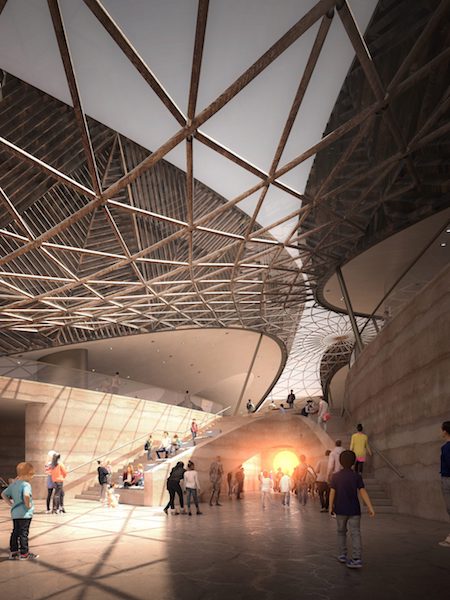 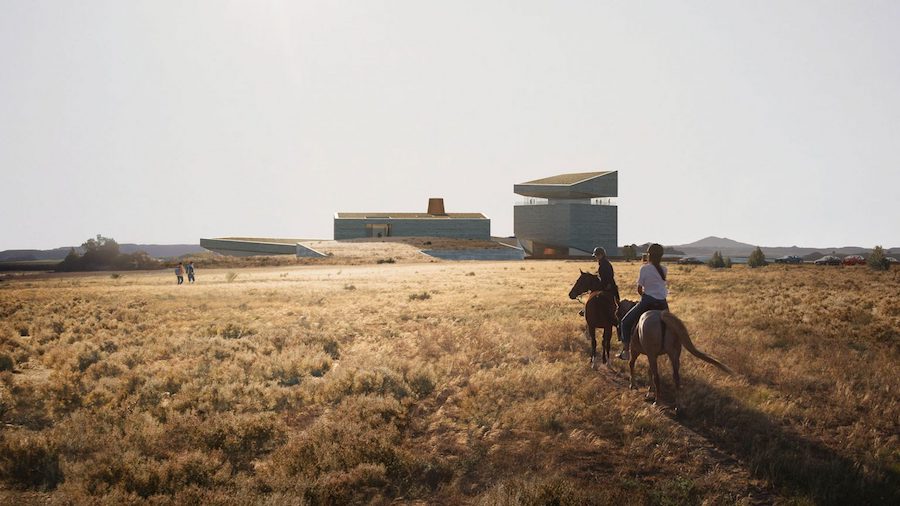 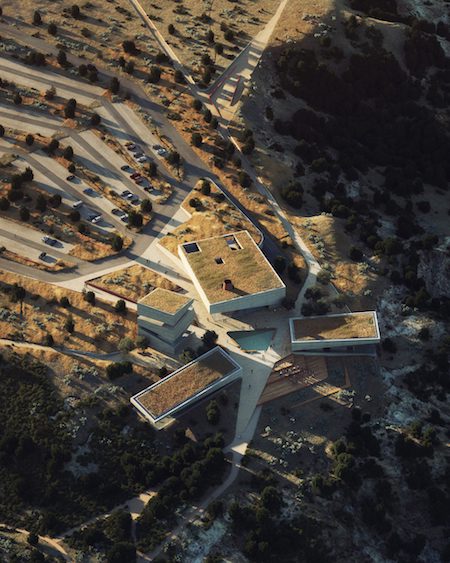