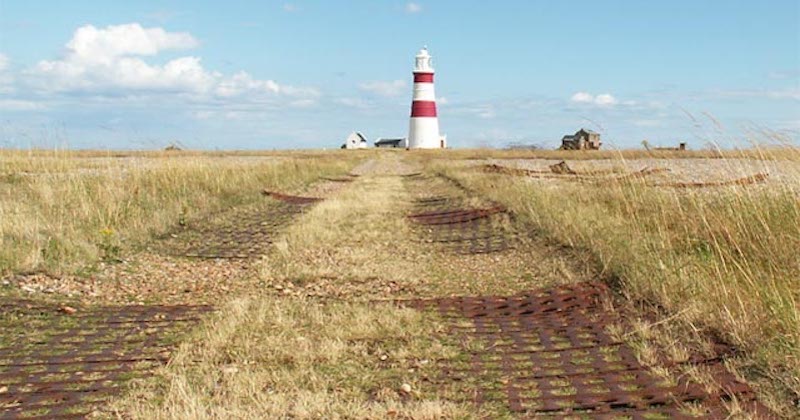 Polly Crosby Revisits Her Childhood in a Small Village in Suffolk, England

I grew up on the very cusp of the North Sea, in a small village in the county of Suffolk. As a child I spent my days on its beaches, searching for unusual stones and strange creatures washed up by the tide. I learned to swim in its freezing waters, the taste of salt so strong on my lips that it stung.

Suffolk is a county in the east of England. Thousands of years ago, this part of Britain was joined to Europe by an expanse of land we now call “Doggerland.” Slowly, over hundreds of years, the sea flooded between the two, turning Britain into an island.

I’m fascinated by this area of sea. Where now there is roiling, cold water dividing us from The Netherlands, around 10,000 years ago it was a lush green land where man walked and hunted. All kinds of fossils have been trawled up by fishing boats here over the years, spearheads and mammoth bones and even a lion’s skull.

The Suffolk landscape is very flat, with huge, wide skies, perfect for watching the sunrise over the sea. It is so low lying, in fact, so close to sea level that when the moon is full and spring tides abound, the land is sometimes flooded with the salted liquid silver. Humankind has a history of warring with the tides here, pumping and draining the fertile land so that we can grow crops, all the while trying to keep the hungry tide at bay. Over time, we humans have left our mark, scarring and metamorphosing the land we live on. But the threat of the sea is never far away.

Myth and folklore permeate this place. On the same stretch of coast that I grew up on is a spit of land known as Orford Ness. It is separated from mainland England almost entirely by a saltwater river, so that it feels to all intents and purposes like an island, and indeed, public access is only allowed by boat.

In the 12th century, it was purported that a hairy wildman was caught in the sea off Orford Ness and dragged up to nearby Orford castle. Some thought he must be a merman, and he was fed fish and allowed to swim in the sea for exercise, where he promptly—and rather predictably—escaped.

The Ness is a wild, flatland of shingle and saltmarsh. When you step off the boat and set foot on solid ground, your body still caught in that strange push and pull from the river that brought you here, the first thing that strikes you is the wind, howling in off the North Sea. And then you see them: strange eerie-looking buildings that litter the barren landscape, their sharp, concrete edges beginning to crumble away into history.

These structures are what remains of Orford Ness’s secretive military past. In the 1930s, the spit of land began to be used for top-secret experiments. Even the buildings’ names and the terms used here elicit a peculiar chill: Black Beacon, Bomb Ballistics, Cobra Mist, the latter being the codename for the invention of radar, which took place here in a joint Anglo-American project. Remains of the radar site can still be seen from above in an odd, geometric fan-shape imprinted eerily onto the land. The Ness was also, alarmingly, the home of atomic bomb testing, including Britain’s first atom bomb, Blue Danube.

Everywhere you look on Orford Ness there are unnerving signs of human destruction. Twisted chunks of metal sit next to sinister holes in crumbling concrete walls. A huge metal ring is embedded mysteriously into the ground, and a lone streetlamp stands amid bracken and blackberry bushes like some travesty of Narnia.

Humankind has a history of warring with the tides here, pumping and draining the fertile land so that we can grow crops, all the while trying to keep the hungry tide at bay.

Orford Ness was cloaked in secrecy right up until the 1990s, when the Ministry of Defence sold it to the National Trust, who began the laborious process of rewilding it. Nowadays it is an internationally important site for nature conservation. Marsh Harriers nest here. Yellow horned poppies and sea purslane cover the barren, barbed wire-smattered ground, smoothing over the place’s uncomfortable history with the hopeful vitality of new life.

But traces still remain of those secretive years. Our military history can be read in the scars and cracks that are tattooed across the landscape like a violent Morse Code. In the decaying concrete laboratories, barn owls roost where bombs once stood. Humankind’s history is still here. It is in the feel of the place as you step off the boat, in the peculiar ringing silence that greets you as the wind howls through the broken buildings. In the drip of salt leaching from beach pebbles trapped in the concrete.

When I began writing my novel, The Women of Pearl Island, I took a tour of Orford Ness, going into the areas that are usually off-limits to the public. My story is about a young woman who takes a job on a wild and uninhabited island off the coast of Suffolk. When she gets there, she discovers that it has a dark history, and sets about uncovering its secrets. With my own island, I wanted to create that same feeling of unease that the Ness inspired in me. But I also wanted to highlight the way nature can cover up man’s scars with its stark, wild beauty, fighting against whatever obstacles are put in its way.

I asked myself how I would feel, stepping off the boat onto an unknown, wild island for the first time, realizing that there was no electricity, no Wi-Fi, no fresh running water. Would I sense the shadowy secrets that lay, hidden just beneath the surface? And if I did, would I stay? Would I want to find out more?

I have known Orford Ness all my life, and yet I still feel as if I have only just begun to peel back the layers. Its secrets draw you back again and again. If I narrow my eyes against the wind, I can almost see the buildings as they were in their prime, with military personnel going about their business, testing bombs, and developing radar. When the wind blurs my vision, refracting the land into a kaleidoscope of greens and blues and greys, I can almost imagine the place before man left his mark here, before it was scarred and pitted by our hand.

Far out to sea, if I look carefully enough, I can make out the vast swathes of land that made up Doggerland, our ancestors crossing it, hunting for food and searching for a new home.

Folklore can be as old as the fossilized animals dredged up from the seabed, or as fresh as the concrete buildings on Orford Ness because when something is cloaked in mystery, rumors will always abound, however recently the secrets have been hidden. 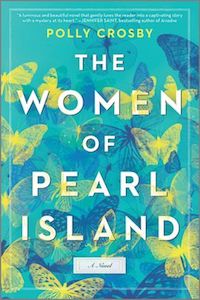 The Women of Pearl Island is available via Park Row Books. Copyright © 2021 by Polly Crosby.

Polly Crosby grew up on the Suffolk coast, and now lives deep in the Norfolk countryside. Last year, The Book of Hidden Wonders was awarded runner up in the Bridport Prize’s Peggy Chapman Andrews Award for a First Novel, and Polly also won Curtis Brown Creative’s Yesterday Scholarship, which enabled her to finish the novel. She currently holds the Annabel Abbs Scholarship at the University of East Anglia, where she is studying part time for an MA in Creative Writing whilst working on her second novel.

Roisin Kiberd on the Solipsism of Social Media 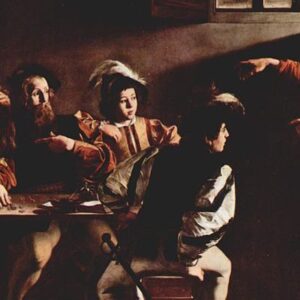