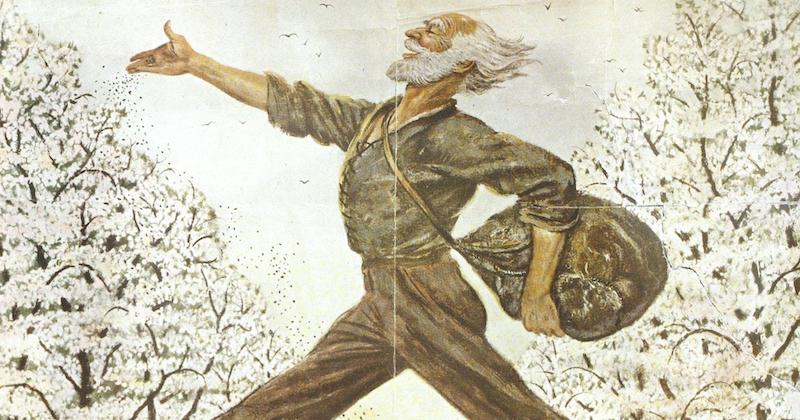 Finalist for the Young Lions Fiction Award and author of In the House Upon the Dirt Between the Lake and the Woods Matt Bell has sold a new novel entitled Appleseed, which is, as you might expect, “built upon the particular American mythologies of Manifest Destiny and Johnny Appleseed, exploring humanity’s unchecked exploitation of natural resources and the small but powerful magic contained within every single apple.”

Finalist for the Kirkus Book Prize and author of Cantoras Carolina DeRobertis has sold The President and the Frog, “pitched as inspired by former president of Uruguay Jose Mujica, a parable-like novel of what it means to lead a nation, and a quixotic search for what it takes to fortify one’s spirit in desperate times.”

Now here’s a celebrity book I can get behind: Chef and owner of the Momofuku restaurants David Chang has sold a memoir! Publishers Marketplace describes it as the “story of how the son of conservative Korean immigrants confronted his insecurities and depression, discovered his talents, and found fellowship in the kitchen, literally betting his life on his work.” It’s also a two-book deal, so it’s possible a new cookbook is in the works? We shall see.

The debut deal of the week goes to Columbia MFA and cofounder of Transit Books Ashley Nelson Levy, whose Immediate Family sold to Emily Bell at FSG at auction. The novel is “told as a letter from the narrator to her younger brother on the eve of his wedding, about infertility, race, adoption, the complicated relationship between siblings and the many definitions of family.”

Kevin Brockmeier has sold another fabulist novel, this one entitled The Ghost Variations, which Publishers Marketplace describes as “a work with a chorus of one hundred otherworldy voices, each uniquely testifying to the thin membrane between life and the hereafter.” Look for it in October.

The first Asian-American woman and the only immigrant currently serving in the U.S. Senate, Senator Mazie Hirono of Hawaii has sold a memoir, described as “a generational family saga and an inspiring story of a woman coming into her own voice and power over the course of her extraordinary, history-making journey through American politics.” Okay, that’s another celebrity memoir I can get behind.

Journalist, filmmaker, and author of A Perfect Storm Sebastian Junger has sold a new book entitled Freedom, which according to Publishers Marketplace is “about how our capacity for freedom and self-determination derives from the singular ability of humans, unique in the animal kingdom, to defeat larger, more powerful adversaries, combining history, anthropology, boxing, special forces training, and personal narrative.”