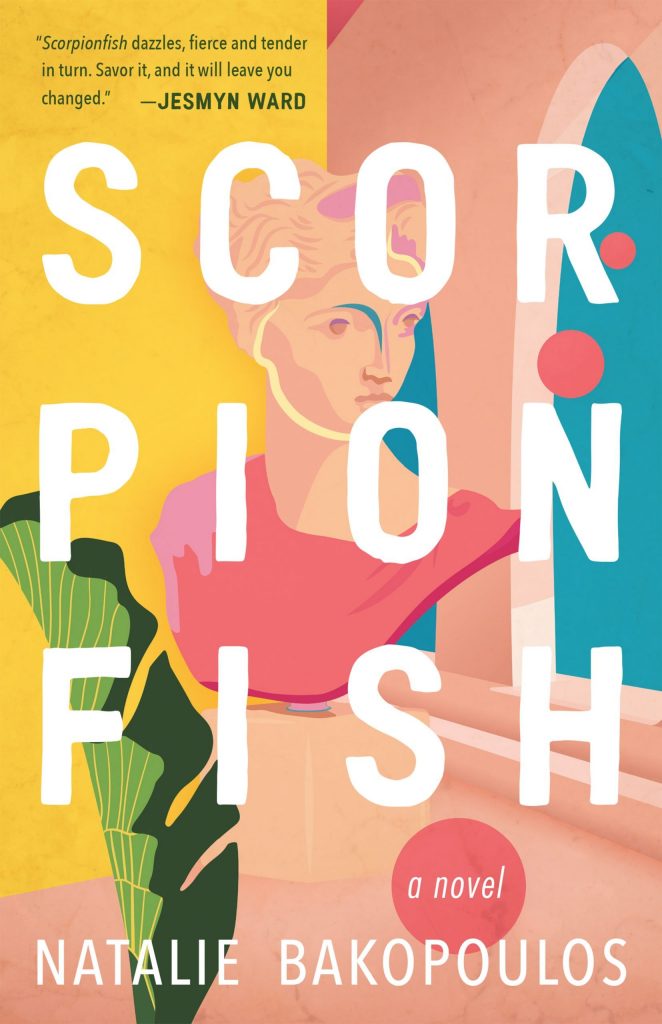 The following is excerpted from Natalie Bakopoulos' new novel, Scorpionfish. She is the author of The Green Shore, and her work has appeared in Tin House, the Iowa Review, the New York Times, Granta, Ploughshares, and The PEN/O. Henry Prize Stories. She’s an assistant professor of creative writing at Wayne State University in Detroit and a faculty member of the summer program Writing Workshops in Greece.

My mother was Greek American, and though that might mean my mother tongue is English, I was born in Athens and feel and dream in Greek idiom. But I’m not a man of geography. I don’t attach myself to places. I’m more comfortable with the placeless universality of the sea, its altered progression of time.

Even though it’s been years, I miss those long passages across the Pacific: the contained isolation, the morning rising up from the water like the opening of a shade, the creeping dread at the first sliver of land, like coming down from a high. How different the world looked from a point at sea. The sight of a harbor no longer stirs the same emptiness, but the sea no longer gives me that same unbridled joy. Everything seems dampened, my emotions less extreme, settling somewhere deep and less accessible. The true marker of middle age.

Katerina, my wife, has been working for the EU in Brussels since September, and the twins, because of my schedule at sea, have gone with her. At least, that was the reason we gave them for the arrangement. Nikos and Ifigenia, nine, don’t know I’m no longer working. Katerina and I are separated, but we struggle with exactly what that means. We do not not enjoy each other’s presence. There were times when we were younger that I raced home to see her, when the separations felt unbearable. Sometimes she’d even wait at the port. For me, these past years, it was not so difficult to be apart, but I imagine for her it sometimes was.

Not long after the move to Brussels last fall, Katerina’s sister lost her job and had moved with her daughter into our home in Kifissia. We’d temporarily offered them the place. I was happy to live in the center of Athens anyway, in the apartment I’ve been in and out of my entire adult life. I’ve never liked the suburbs. And being in Kifissia—each time I say it, I hear my father’s scorn, so bourgeois—felt as distant as being shipwrecked. We could have lived in Piraeus, or Glyfada, or Neo Faliro: somewhere near the port. But Katerina wanted to be near the kids’ school.

Katerina and I are separated, but we struggle with exactly what that means. We do not not enjoy each other’s presence.

So even after Katerina’s sister moved out, having found work in Thessaloniki, I decided to stay in the Athens apartment. But now Katerina and the kids were coming home for the weekend— she’d promised the twins they wouldn’t miss their best friend’s birthday party—and I needed to be there, in the old house in Kifissia, as I was each time they returned.

Despite not being attached to places, I’ve grown fond of  this Athens apartment. But those days there, waiting for Katerina and the kids to arrive, put me in a bizarre sort of limbo. I couldn’t focus on any one task. I wandered the rooms, stood on the back balcony that looked out over the courtyard or the one in front, over the street, which curved up toward Lykavittos. The restlessness was overwhelming. The worst days for me, around transitions, are the days before. The waiting.

Walking eased that torment a little, allowed me to move my body along with my racing mind. I walked through neighborhoods I’d rarely visited, into Kaisariani, its own village, really, with a history dating back to the Asia Minor refugees. I strolled the wide pedestrian walkway that wound around the Acropolis, watched the puppeteers and musicians, older tourists holding hands, American college students in tiny clothing. I walked through Psyrri, where the vibrancy of the crowded, lively cafés seemed to beat inside me along with my heart.

As for this apartment, it was the longest I’d spent here in years, and besides the sad-eyed woman whom I’d glimpsed in and out while the apartment was being renovated—a woman I later understood to be Mira’s mother—I’d been alone on this floor. Even before Katerina and I had agreed to separate, I spent a night here every few months, those nights I had time off between routes but didn’t want to sleep on the ship, didn’t want to go all the way back home. To come home for a day sometimes seemed too disorienting for Katerina and the kids. Or so I told myself. Katerina and I both knew that it was simply disorienting for me. One evening, I walked through the heart of Neapoli, where large concrete apartment blocks built during the junta transitioned to old neoclassical homes—some bright and well-kept, some in disrepair, many decorated with graffiti—and down the countless steps of Isavron, through Exarcheia, to Kallidromiou, where the breeze felt cool and airy. Here it was lively, the night pleasant, and under heat lamps people leaned in to intimate conversations, evening coffees, and drinks. I wore sweatpants and an old hooded sweatshirt, my indoor self turned outward, only my keys and phone and twenty euros zipped into my pocket.

After wandering awhile, I climbed those steps again and reached Dexameni Square. Though it was too early in the season for the open-air cinema, the open-air café was packed: kids played on bicycles and pogo sticks, adults of all ages sat in large groups and small, drinking cocktails, eating mezedes. A couple my father’s age—late seventies—sat on the same side of a table, glasses of white wine before them, holding hands and looking out, as if it were all theirs. The man wore a dark suit with a red cravat, and the woman’s dark hair was perfectly styled, her dress navy blue with white piping, a trench coat draped over her shoulders. Their tranquil looks unsettled me, and I decided against sitting alone. Instead I kept walking until I reached one of my standby bars  in Plateia Mavili, where I knew both the bartenders—a heavily tattooed bearded guy and a serious-faced young woman, whose ponytail swished back and forth as she worked. I drank a tall draft and headed home.

The walk back to my apartment was like strolling through a tiny village after a wrong turn, or something near the beach on     a less-traveled island. Take any parallel street and you’d pass immaculate residencies with well-manicured gardens, yoga studios and law offices and trendy cafés. But on this route, a few chickens still hopped around, an old trailer was parked in the middle of a lot, and a fenced-in area held a mini junkyard: a few old cars, metal pipes, old furniture. There was only one actual house, and I loved it. It stood bright and cheery behind a rickety, makeshift fence, as if the concrete of the city had been built up around it, or as if I’d walked into a fairy tale. It looked recently restored: a warm, creamy yellow coat of paint, red tile roof, and a garden of bougainvillea and oleander and lemon trees. Next to it was an old shed, which had at one time needed a new coat of paint. Now, it had been painted with flowers and citrus trees, a mirror of its setting.

At home on my balcony, I smoked a cigarette. The courtyard was eerily quiet, and the night, with only a shaving of the moon, was dark. Only the sounds of the occasional motorbike, maybe a car radio. I slept a long, blank sleep until sunrise.

Excerpted from Scorpionfish by Natalie Bakopoulos. Reprinted with permission of the publisher, Tin House Books.

Richard Haass on Why History Matters 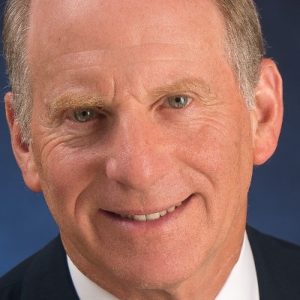 Richard Haass on Why History Matters If Daniel Boorstin was right, that planning for the future without studying history is like planting cut flowers, there is no more...
© LitHub
Back to top