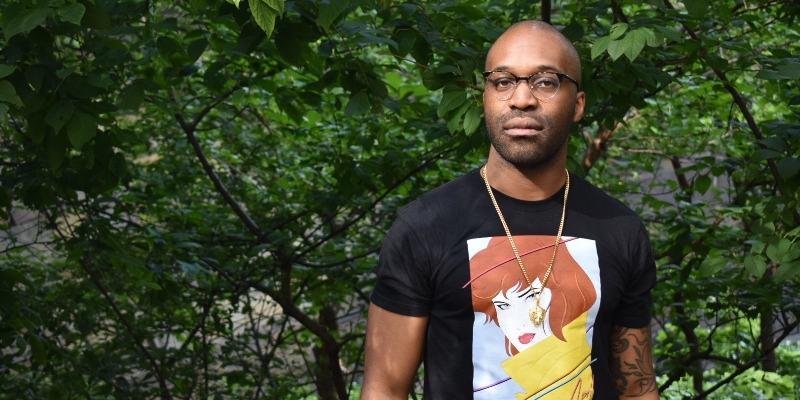 Tochi Onyebuchi’s new novel, Goliath, features a phenomenon familiar to those of us who live in cities: gentrification.

Like the gentrifiers of today, who push out old-timers with high rents and coffee boutiques, Onyebuchi’s urban colonizers are taking over property in communities that have suffered from underinvestment and systemic racism.

Onyebuchi sees in the story of David and Jonathan—returnees from who take over a home in a Black and Brown community in New Haven—parallels to frontier narratives.

“I’ve read a lot of westerns and western-inflected literature, and the ways in which people have written about the American West were very fundamental in how I approached the characters of David and Jonathan. You have people going out west historically for all sorts of reasons. ‘Oh, that’s where my fortune is.’ ‘Oh, there are no rules out there. I can totally remake myself.’”

In David and Jonathan’s case, their relationship is broken. “They think, ‘Oh, if we just change the scenery, that’ll make things better, we’ll be able to start over.… We can make this work on Earth. It’s virgin territory.’ That in many ways is the animating impulse, of course, completely or almost completely disregarding the fact that Earth is already home to a lot of people.”

Rob Wolf: In Goliath, privileged people, who are mostly white, live on space stations that they call colonies, while the people on Earth, who couldn’t afford to go to the colonies, have to wear masks because the air is so polluted. There’s radiation everywhere. There’s a white supremacist nation out west. It’s a dark future building on the facts of recent history. Is this your prediction, your gut feeling about where things are going? Is it a cautionary tale, saying we don’t have to go there?

Tochi Onyebuchi: It’s funny. I’ve been thinking quite a bit recently about the idea of science fiction as a genre serving the social utility of prediction. We present these dystopian futures to say, “Don’t do this. Don’t name your company that. Don’t develop X technology.” And inevitably, we see the William Gibson novels start to come true. And so I don’t know necessarily that science fiction novels can be any sort of handbook for how to how to fight the forces of evil, so to speak, whatever form they may take.

I think at the end of the day, science fiction and speculative fiction and genre in general is all about our now, about our present. No matter how far flung into the future or how deep into the past a story may be set, it’s always saying something about the time in which it was written. And I think what’s interesting about setting a story like Goliath in the 2050s is that it’s very much about now.

I think what science fiction allows us to do, through thought experiments, is push a certain social dynamic past its breaking point. I could look at, for instance, the ways in which white supremacist organizations and militias organize themselves in the United States and the ways in which they may have flourished over the past half decade, and I can extrapolate, “OK, what might this look like if things turn for the worse? If we see, for instance, the ways in which individuals or organizations can be emboldened to launch an attack on the Capitol building to prevent the results of a presidential election being announced, what is it going to look like in the future when the social fabric is that much more frayed?

Tochi Onyebuchi is the author of the Beasts Made of Night series, the War Girls series, and the nonfiction book (S)kinfolk. His novel Riot Baby—which he discussed on New Books in Science Fiction in 2020—was a finalist for the Hugo, Nebula, Locus, and NAACP Image Awards and winner of the New England Book Award for Fiction, the Ignyte Award for Best Novella, and the World Fantasy Award. He has degrees from Yale, New York University, Columbia Law School, and the Paris Institute of Political Studies.

Motherhood and Male Braggadocio: Watch an Exclusive Clip from Poetry in America 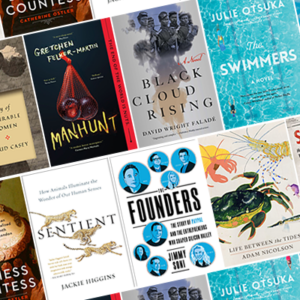 Julie Otsuka’s The Swimmers, Roddy Doyle’s Life Without Children, and Sarah Weinman’s Scoundrel all feature among...
© LitHub
Back to top