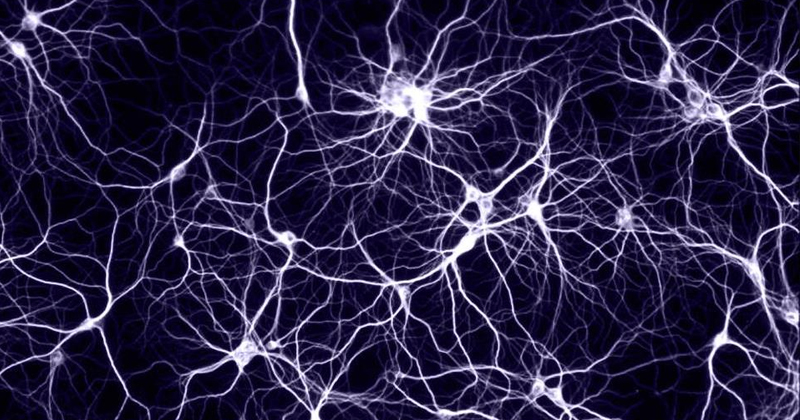 Science Brings Us Closer to the Miraculous

On Medicine, Magic, and Writing a Book About Both

I have always been a skeptic. I never felt a pull toward mystical pursuits like astrology or Tarot, and devoted much of my life to a deeply practical occupation—the study and practice of medicine. Yet, when writing my second novel, I found that the story I wanted to tell included a fantastic element, the supernatural folded into the familiar. For while I still consider critical thinking to be the hallmark of civilization, my professional experience has demonstrated that what we know does not always thoroughly explain what we see.

I was a junior resident when I met a seven-month-old who had been thrown against a wall. His skull had been shattered and one whole hemisphere of his brain had gone dark, the neurons sheared and destroyed. He was paralyzed on one side of his body; the neurosurgeons assured me that, if he survived his other physical injuries, the remnant of his brain would likely reorganize itself to assume control of his whole body. If that did happen, it would take time, perhaps months. When the team made rounds on day five of post-injury, the baby was being fed by a nurse, using his good hand to hold the bottle. As we watched, he casually lifted his other, paralyzed arm and gripped the bottle with that hand too. Half his brain was still dead; the other half had not had time to create new networks, so what we were seeing was not possible. A ripple of amazement went through me, but the neurosurgeons, who had seen many impossible things in their careers, merely lifted their eyebrows and made a note in the chart.

A couple of years later, I met Mr. B., a genial man in his eighties whose heart was chronically weak. His cardiac output had fallen so low that his kidneys were failing and his blood chemistry was in severe disarray. Potassium was the most acute threat—it needs to be strictly regulated, and a level below three or above five may bring the heart to standstill. Mr B.’s serum potassium was a jaw-dropping ten, so high that the lab automatically rechecked the level and then called the Emergency Department in a panic. “Get him to dialysis immediately,” my attending told me. “His heart may fibrillate any second.” Dialysis would clean his blood and remove the danger while his medications were adjusted. But Mr. B. refused. I told him that it wouldn’t be painful, that it would be only temporary, and that without dialysis he would die. I knew this. My attending knew this. The admitting ICU doctor knew this. We all argued with him, his family wept and pleaded with him, but Mr. B. shook his head. “If it’s my time, I’m ready,” he said. We admitted him to the ICU for all the therapies he’d accept, knowing none of them would be enough. Several weeks later, I saw him again, in a wheelchair at the hospital exit. He smiled hugely at me from below a cluster of bobbing balloons tied to the handle of a Get Well basket in his lap. Somehow, without ever getting dialysis, he had survived; his blood chemistry had returned to normal and he was on his way home. His family surrounded him, beaming. They were taking home the best prize that life can give: a miracle.


A few years after that, I was working in the Emergency Department when a teenage girl was brought in, awake and surprisingly calm, with a metal rod impaled into the side of her head. She’d been a front-seat passenger, seat belt on and window open to the breeze; traffic was rumbling over a stretch of road littered with detritus from a previous car crash, and when one of the cars went over a long wand of metal, it flipped up into the air and tumbled end-over-end, into the open window and into the girl’s temple, entering just behind her eye.

“At its fringes, science has always appeared to be madness.”

The eye socket is an extremely crowded space, containing the eyeball and its tethering rope of optic nerve, several large blood vessels and nerves and four extraocular muscles. There is no room in there for a metal rod half an inch in diameter. The girl’s CT scan revealed that the situation was even worse than we’d thought: the rod widened at its tip and ended in a ball. There was no doubt that the optic nerve had been crushed by the intruding object; she’d be at least partly blind in that eye. The real question was whether the object itself had injured an artery and was temporarily saving her life by squeezing the gash closed. In the OR, the surgeons stood poised with their instruments, ready to clamp off the hemorrhage. But in a welcome anticlimax, the rod was eased out without incident. The vessels were all undamaged; later, when the girl awoke in the recovery room, her vision was totally normal. The metal rod that had been whipped hard enough through the air to pierce bone had somehow entered gently enough to do no harm, parting the pack of delicate, vital structures and slipping between them without trauma. It was more than a fluke: it was inexplicable.

Nearly any doctor can recall a story like this, although they are rare enough that it would be irresponsible to let them provoke anything more than wonder; they certainly should not adjust our expectations. They are like enormous deep-sea creatures who travel far below the craft we sail along in the rational world, occasionally rising to brush up against our hull. Bump and then gone, while we are left rocking. Wondering.

That is the goal of my novel The Possible World—to bump against the reader’s hull. Of course, the first task of the writer is to get the reader into the boat. For this book I needed to create a world I didn’t know, with the fantastic embedded in the utterly real. I didn’t want a jarring juxtaposition, a unicorn in a parking lot; the supernatural element needed to be a seamless part of the whole. Trimming extraneous material to smooth the nexus between the elements was almost like a game of Jenga, pulling out a piece here and a piece there, aiming to leave only the essential. The rest was the usual humbling, impossible, delightful and terrible work of writing fiction. Attempting to conjure images in a reader’s mind through language while striving to make the effort invisible is magic in itself.

I am still a skeptic—and yet I also embrace the concept of the world we know coexisting with a world that might be. At its fringes, science has always appeared to be madness. The solar system, germ theory, dark matter; each new level of understanding incinerates a set of cherished beliefs. The raspberry-like atom of elementary school yields to the breezy orbital-cloud model, which then gives way to the particle-and-wave of quantum mechanics, which currently shudder under the onslaught of a theoretical brace of invisible bouncing strings. With each revelation, the world is less solid and more air—and yet also remains the same world it has been all along. I believe that science doesn’t seek to strip the world of miracles; it brings us nearer to them, inching into the wide realm of our ignorance, exposing mystery and asymptotically approaching wisdom. Always leaving something unknown, to tantalize and pull us on.

Liese O’Halloran Schwarz, an emergency-medicine doctor, published her first novel, Near Canaan, while in medical school. Her most recent novel is The Possible World, and she currently lives in Chapel Hill, North Carolina. 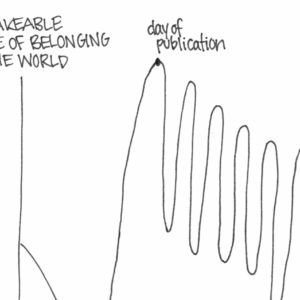 After my book (How to Fall in Love with Anyone) came out last summer, I dealt with all my complicated feelings about the book...
© LitHub
Back to top