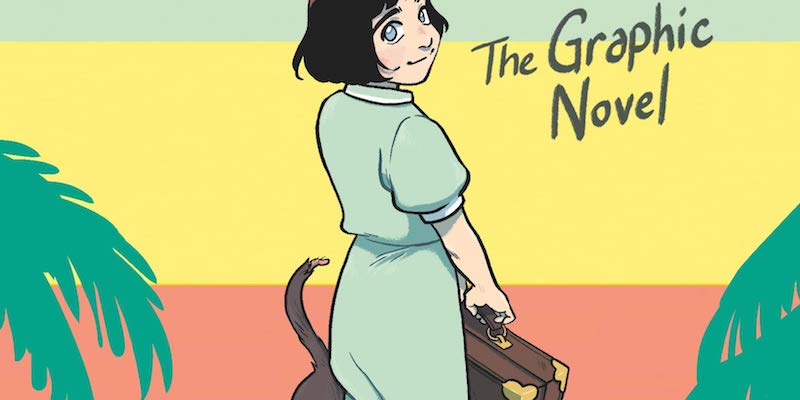 In this episode, Marcy and Jennie talk to illustrator Savanna Ganucheau. Her most recent project is a graphic novel adaptation of 2011 Newbery Honor novel Turtle in Paradise by Jennifer Holm.

Jenna: I was going to ask about reading Bloom. To me, it became apparent that you had manga influences. And I was going to ask you about that. So one, I’m just absolutely amazed by the idea of like a kindergartner reading or looking at Ranma. I have a five-year-old. I almost want to like, replicate the experience. I just think that’s so like in some ways, yes, of course, those don’t go together, but they also do because like, when are you going to start thinking about gender roles and about visual representation and stuff. You’re thinking about that already at that age.

Savanna Ganucheau: Absolutely. I think it says a lot about me. I think it wasn’t until fourth grade until I could really like understand it. But yeah, I definitely think that like having that influence so early on definitely made me think about gender at a really early age, but also just like art and comics. And I think that Yuko Takahashi—she is just so good at storytelling and her comics have this comedic timing that also really helped me in my art. Although I don’t do a lot of comedic work, but expressions are really important to me. I think the expressions were the number one thing that I took away from that influence.

Savanna Ganucheau is a comic artist from New Orleans, Louisiana with a BFA in Film from The University of New Orleans. She made her start in comics by self-publishing and selling her work in small comic book shops around New Orleans. Alongside creating the popular webcomic George and Johnny, Savanna’s artwork has appeared in notable publications including Jem and the Holograms, Adventure Time Comics, and Lumberjanes. Her first graphic novel Bloom is published by First Second.

On Stealing Time to Make Art in an Overcrowded Life 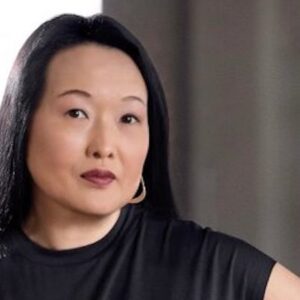 In this week’s episode, Joce talks with Jung Yun about her novel, O Beautiful, which out now from St. Martin’s Press. From...
© LitHub
Back to top