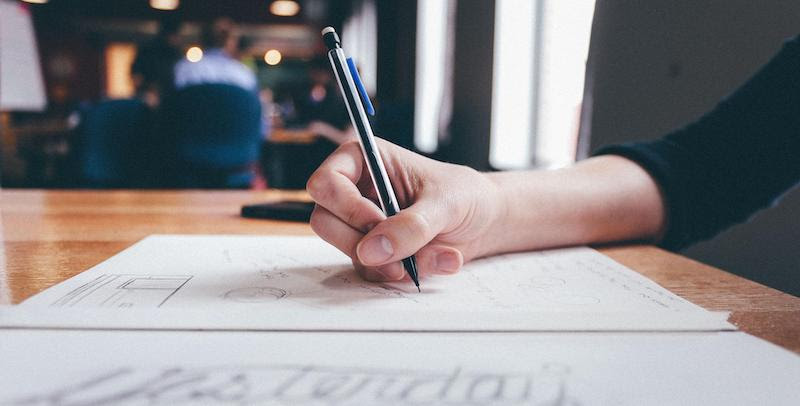 Sarah Sentilles on Writing about People You Know

With Prompts for Breaking Through the Hesitation

A version of this essay first appeared in Lit Hub’s The Craft of Writing newsletter—sign up here.

What does it mean to write about another person? How do you do justice to them on the page? What if you get it wrong? What if it isn’t your story to tell? To navigate this fraught territory, I’ve developed a series of questions to guide me. It’s an ethical code of sorts, or a horizon I sail toward. I offer it to help spur the development of your own code. I’ve also included some writing prompts to help along the way.

Which stories are blocking me—and why?

Many of the writers I work with who complain of being “blocked” are often being impeded by a story they are afraid to tell. That unwritten story has become a dam that obstructs their creativity, holding back other stories that might flow. Sometimes, writers are afraid to tell a story because there is someone they are scared to write about. They worry that person will be angry with them or even harm them. Other times, writers worry that to write about that person would be a violation. The first fear is physical; the second, is ethical.

In Writing without a Parachute, Barbara Turner-Vesselago encourages writers to move toward whatever material feels charged, to choose the story “you’re most afraid to write about.” She calls this going “fearward.” I, too, think it’s important to write the stories that scare you. Write it first as if no one will ever read it (because maybe no one will). You can address your ethical concerns after that initial draft.

As a first step, here is a writing prompt I learned from Australian writer Louise Allan: Someday, someone should tell the story of . . . Write it in the third person, at a remove, and see what happens.

When is refusal a form of agency? When is it an impediment?

One of the challenges when writing is discerning when your refusal to write about something is an act of asserting agency and when it is an impediment, blocking other stories that want to come through.

I used to think that fears about telling a certain story were simply feelings that needed to be overcome and written through. “Just write it down,” I’d tell other writers. “You don’t have to share it with anyone.”

But one writer transformed how I think about that resistance. She experienced trauma at a young age. She was not able to refuse what happened to her then, she told me, but she can refuse to write about it now. She understands her refusal to be a kind of agency. She is taking back the power that was denied to her as a child. She is saying, No.

With that writer and her refusal in mind, I developed another writing prompt: I will not tell you…

Do I show my failures?

My mentor in divinity school, the late theologian Gordon Kaufman, used to tell me that the most ethical thing we can say is, I might be wrong. Admitting you might be wrong doesn’t mean you can’t stake your life on your beliefs, but it does mean you can’t kill someone else over them.

I try to make visible on the page the moments when I’m wrong—at least the mistakes I can see now. (I’m sure there are many others.) In Stranger Care, I wrote about my changing relationship with our foster daughter’s mother; how, in the beginning, I wanted her to disappear because I wanted to keep her child. I had to learn that loving our foster daughter meant loving her mother too, and rooting for her. I had to learn how limited my heart was. I had to let love expand.

Do I make room for transcendence and uncertainty?

I’m a trained theologian, and what I’ve kept from that education is a belief in transcendence—not in the idea that there is one being (God) who is transcendent, but in the idea that there is part of everyone that is uncapturable, resistant, unknowable, mysterious, free. There is always more to everything—every tree, river, refugee, child, prisoner—than what we think we know, than what we write. How do you make room for the people you’re writing about to exceed and to trouble the language you use? How do you let your characters be more than what you say they are?

How do we show transcendence on the page? For me this is a both a formal and an ethical question, and it drives my interest in craft. I am thinking now of my one-year-old son and how he struggles to reach something: a block, a book, a ball, a shelf. I want my writing to conjure that kind of reaching, that not-quite-touching. I want my language and the form I choose to create the sense of coming up against my own limits. I want to trouble certainty. I want to allow the beings I write about to remain outside my grasp—to transcend.

Negative theologians believed that God was bigger than anything humans could say about God, so everything that anyone said had to be immediately unsaid, taken back. God is light; God is not light. God is love; God is not love. They thought if you did that often enough, then eventually the distance between subject and object would collapse, and you would have a religious experience. I think this exercise is helpful because it makes me a braver writer. And it shows me what it looks like to hold two conflicting ideas at once. And it makes me playful, allows me to hold my sentences more loosely. Here is a prompt based on that approach: Write something, and then unwrite it. For example: I am a mother; I am not a mother. I am afraid; I am love.

Have I been generous?

Readers sometimes assume the challenge of writing Stranger Care was the grief I was experiencing while writing it, but that wasn’t what made writing hard. Writing helped me survive my grief or at least to learn to live alongside it. When we were losing our foster daughter, I felt helpless—I could not keep the child in our care safe. But when I was writing the story of that loss, I felt an agency I didn’t feel in the rest of my life. Arranging words on the page reminded me of my power, even if my writing could not change the outcome. To write a sentence is to alter the world, even when that sentence is, She is gone.

For me, the bigger challenge was writing in a generous way about people who had done harm to our foster daughter. Navigating the foster care system, interacting with social workers and bureaucrats, forced me to confront capacities for rage and violence and hatred I didn’t know I had.

Before our foster daughter came to live with us, I’d been giving talks about the philosopher Emmanuel Levinas. Most of his family was killed in the Holocaust, and he worked to develop a philosophy that would make another genocide impossible. And it is this: When you are confronted by the face of the Other—a being you do not understand, who threatens your life, who could kill you—then that is the sign you are in the presence of God. Their life must be protected at all costs, even at the cost of losing your own life.

My solution was to write the raw version, often in all caps, leave it alone for a while, and then comb the judgement out of it when editing. I didn’t need to tell the reader what to think. I just let the characters speak for themselves. It isn’t that I hid my fury; rather, I let the scene generate fury in readers, while also leaving room for them to interpret things differently.

I also tried to remember that every human is complicated and suffering. Often, they are doing harm because of the harm that was done to them. The social workers I interacted with were deeply traumatized, even if they didn’t understand themselves that way. They see the worst we do to one another, to children, every day.

Here is a prompt that helps me generate compassion on the page. It is based on this extraordinary poem by Danusha Laméris, “Nothing Wants to Suffer”: Nothing wants to suffer. Not the… Not the… Not the…

Am I telling (a version of) the truth?

“But what if other people have a different version of this story?” my writing workshop participants ask me. Of course they do. But you have a right to your version—as long as you are telling the truth.

After I sent a rough draft of Stranger Care to my agent, Molly Friedrich, she said, “You and your husband are really smart people. If you wanted to adopt, then why in the world did you foster?” Her question made me realize I’d been writing around a story I didn’t want to tell, and without it, the whole manuscript rang false. I had to write about my marriage and its remaking, even though I didn’t want to, even though it scared me.

In case you don’t have a truth-telling reader like my agent, here’s a prompt for you (inspired by a writer in Australia named Annie Keely): Find a scene in your manuscript that isn’t yet working and ask yourself, What am I avoiding?

Ultimately, what helps me is to remember that our stories choose us. They trust we can become the writers they need us to be. That means we can trust ourselves too. 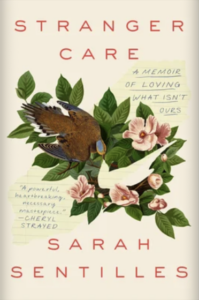 Stranger Care: A Memoir of Loving What Isn’t Ours by Sarah Sentilles is available via Random House.

Sarah Sentilles is the author of Draw Your Weapons, Breaking Up with God, A Church of Her Own, and Taught by America. A graduate of Yale University and Harvard Divinity School, she lives in Idaho’s Wood River Valley.

Hester Fox on Facing the Ugly Truths of the Victorian Era 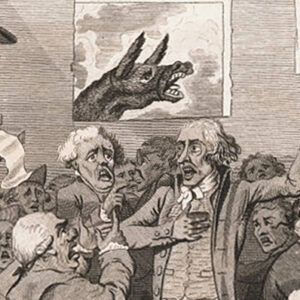