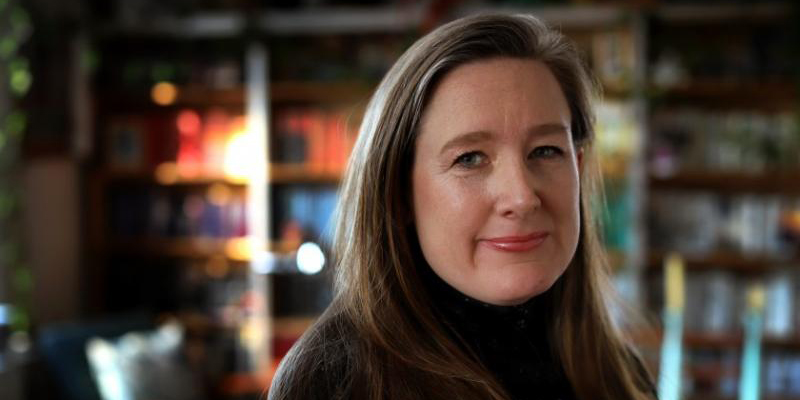 On Just the Right Book with Roxanne Coady

In this episode of Just the Right Book with Roxanne Coady, Sarah Ruhl joins Roxanne Coady to discuss her new book, Smile: The Story of a Face, out now from Simon & Schuster.

Sarah Ruhl: Unfortunately, with Bell’s palsy, you’re still not getting a whole range of expression on the side that’s paralyzed. So for instance, raising your eyebrows. If I raise my eyebrows, you know, I can do it much more on one side than the other. Eyebrows are so crucial in mirroring someone else’s expression or showing interest, or curiosity by furrowing your brow.

I realized later I was looking for some old pictures and videos of [my children] the twins. I was so worried at the time that they wouldn’t feel my love and joy. But I realized later looking at these videos that my voice was communicating the love and the joy and the interest. You know that was still present. I do think there are ways we compensate with other senses and other abilities.

[My daughter said]…Mom, I always thought of your face as kind of like a house, a beautiful house, and one day a wall suddenly fell down. You kept trying to rebuild it brick by brick, and you couldn’t quite do it. All we saw when we looked at you was your face, which just was our house… our home.

Writing about it, creating a narrative, creating a new story about it rather than the kind of story I’d been receiving from experts about my face was crucial. And I think even in the most literal sense, I got better because I was avoiding doing anything to help the face, partly because the neurologist I saw said it wouldn’t help. But in the course of writing the book, I thought, I’ll try anything that won’t hurt. I’ll just investigate. And it turned out physical therapy helped me a great deal, and I didn’t even start it until I was writing the book as kind of part of the investigation.

I think, in my case, the lack of hope given to me by my neurologist was not helpful, and made me feel like he was in control of the narrative, and he was sort of saying nothing you do will help…. it made me feel…as though I had no agency. So I think for me, it wouldn’t have been helpful early on for someone to say, there’s nothing you can do. Just accept, just accept this as it is. And it wasn’t true. I did get gradually better.

I think for me, acupuncture and physical therapy probably helped the most.

I looked [on the internet] and I remember seeing something called mime therapy for Bell’s Palsy developed by someone in the Netherlands. And I thought, Oh, great mime therapy! You know, if someone had told me there was mime therapy as a theater person, I would have ran to the nearest mime and asked,

How do we manage not to let the externality measure our self-worth?

The face is not the sole [mirror] of our actions. Nor is the body, exactly. I think there’s this sort of in-between space that’s very curious between the face and others, between the face and our own emotions. And I think that when that’s hijacked, it’s quite disorienting, and as women who are so serious minded or interested in the life of the mind or interested in activism or feminism, we think we shouldn’t put any stock in how we look.

I was reading a study about depression and Bell’s palsy, and apparently there is just no correlation directly between the degree of “disfigurement” and the degree of depression that people experience, which is similar to body dysmorphia, right? Like what your body actually looks like has nothing to do with how much you love or hate your body.

I’ve always been really interested in the invisible world and in God and as a child, I would want to talk with my mother about God and who God was and how we were made. And I think theater is a kind of secular worship ritual. You know, God bless worship ritual, and I love ritual, and I love the questions about how to be a good human being on this Earth and how to use our time well.

I think the theater is just starting to think about motherhood and parenthood and its structures and think how it can be more supportive.

I hope that the book is a comfort to people who are going through any kind of chronic illness, but also a bid for a love of imperfection and asymmetry in a world that insists we be symmetrical.

Sarah Ruhl is a playwright and writer of other things. Her fifteen plays include In the Next Room (or the Vibrator Play), The Clean House, and Eurydice. She has been a two-time Pulitzer Prize finalist, a Tony Award nominee, and the recipient of the MacArthur “genius” Fellowship. Her plays have been produced on- and off-Broadway, around the country, internationally, and have been translated into many languages. Her book 100 Essays I Don’t Have Time to Write was a New York Times Notable Book. Her other books include Letters from Max, with Max Ritvo, and 44 Poems for You. She has received the Steinberg Playwright Award, the Samuel French Award, Feminist Press Under 40 Award, the National Theater Conference Person of the Year Award, the Susan Smith Blackburn Prize, a Whiting Award, a Lily Award, and a PEN/Laura Pels International Foundation for Theater Award for mid-career playwrights. She teaches at the Yale School of Drama, and she lives in Brooklyn with her husband, Tony Charuvastra, who is a child psychiatrist, and her three children. You can read more about her work at SarahRuhlPlaywright.com. 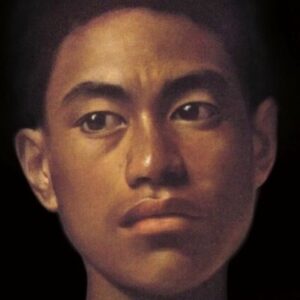 Our five alarm fire of fantabulous reviews this week includes Andrea Long Chu on Hanya Yanagihara’s To Paradise, Molly...
© LitHub
Back to top