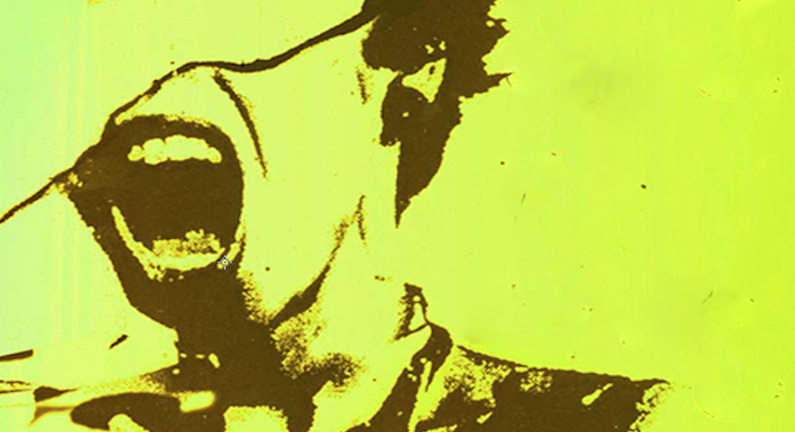 Sarah Pinsker’s A Song for a New Day explores how society changes following two plausible disasters: a surge in terrorism and a deadly epidemic. In the Before, people brush against each other in crowded cities, gather in stadiums to watch baseball games, and hang out in clubs to watch live music. In the After, curfews and bans on public gatherings give rise to mega-corporations that allow people to work, study, shop and socialize in virtual reality.

The two eras come to life through the stories of Pinsker’s main characters: singer-songwriter Luce Cannon, who misses the Before, and Rosemary Laws, who comes of age in the After.

The two meet when Rosemary starts recruiting musicians for a virtual reality entertainment company. To succeed, she must leave the isolation of her bedroom (where everything is available to her online) and venture into Luce’s world of underground concerts and broken curfews.

They both grow from their encounter.

Rosemary learns to navigate a scary and unfamiliar world in which strangers sometimes touch each other, people gather (illegally) in crowded basements to dance, and bands and their audiences make a magical connection through live performances. And Luce, who risks everything to keep playing in underground clubs, comes to see that reaching a large audience through virtual reality may have an upside.

A prolific short story writer, Pinsker has won Nebula and Sturgeon awards for novelettes. She is also a singer-songwriter, which helps explain the vividness of her portrayal of dedicated musicians like Luce. A Song for a New Day is her first novel.

In her conversation with Rob Wolf on New Books in Science Fiction, Pinsker discusses, among other things, why she (and Luce) love performing before a live audience, the impact of technology on art, and the role dog walking plays in her creative process.

Rob Wolf: A Song for a New Day is told from the point of view of Rosemary and Luce. Can you tell our listeners a bit about them?

Sarah Pinsker: Luce Cannon is a stage name. She is a character who I had worked with before in my [Nebula-Award winning] story Our Lady of the Open Road. She had been very easy to write, and I wanted to explore her life a little more. She is an up-and-coming musician at the beginning of the novel . . . and then things changed so that touring and promoting music and a live music setting was no longer a possibility for her. But she is someone who feeds off of live performance.

RW: Rosemary Laws is quite different.

SP: Yeah. Rosemary is a child of the After. She grows up after the events that change things for Luce, and, as far as she’s concerned, a lot of it is good stuff . . . . Having two characters with vastly different worldviews is a great way to get some interesting conflict.

RW: Let’s talk about a decision Luce makes early in the book when she and her backup band end up at this cool retro theater. Her label wants her to cancel the concert, and it’s a pivotal moment . . . . Can you explain why her label wanted her to cancel and how Luce responds to that request?

A lot of songs are stories, too, and it kind of depends on, to some degree, what it hangs on—character or background.

SP: The label wants her to cancel because the government has come out with some information that they’re not being clear about, but they’re saying there’s been some escalating violence and say “We need everyone to stay home tonight,” which to me is kind of reminiscent of the days after September 11, when you were going to listen to the government. And so the government says we’d like . . . movie theaters and stores and everything to close down for the night, and everyone listens except for Luce . . . She weighs the options and comes down deciding she’d rather make music in a bad situation, which is generally her MO.

RW: Luce eventually finds out that she gave the last live concert in the Before, which gives her a certain degree of fame. And Rosemary grows up in the After . . . in almost total isolation.

SP: Rosemary went to school [online] and got a job working for a large online corporation, where she does customer service, and so her job is online. Everyone she’s ever known basically, except for one or two people in town, who she doesn’t really form a connection with, is online. There are all kinds of protocols where you can know anything that a person wants you to know about them. You can click on that information, and so you don’t have to guess things about them . . . So there’s all this stuff that she’s faced with when she actually runs into real people, where the signals just aren’t as clear.

RW: As a singer-songwriter like Luce, do you like traveling from venue to venue and doing live performances as much as Luce does?

SP: I do. I’ve said a couple times that I don’t think I’m as good as Luce is, which is part of the joy of writing fiction. She’s not me and I’m not her, but I got to put the best of my favorite performers into her. I love live performance. I think the parts of me that are in Luce are the making-a-connection-with-an-audience parts; we’re trying to win people over. I love the travel side of it, too, actually. But I don’t love booking. I don’t love the music hustle. I’m still okay with the fiction hustle right now. They seem like different beasts to me, or it might be that I’ve made it to a different place in fiction where some of that hustle gets to be shared with other people.

SP: A lot of songs are stories, too, and it kind of depends on, to some degree, what it hangs on, like if it hangs a lot on character. If it needs a lot of background, it may be a story and not a song . . .

In terms of process, with songwriting, a snippet of something might come to me but there’s this long complicated evocation that has to happen where I have to sit down, I have to play other people’s songs for a while first, usually before I can access whatever it is that I was trying to get to, where as a story or in a novel you kind of know where you are based on where you were the day before. To start a story from scratch, I usually go for a walk with my dog, and when I come back, I know what the first few paragraphs are verbatim and then I can move from there and I guess that happens with a song, too; it sometimes gets stuck in my head. It’s all about dog-walking really. All three of them come down to walking the dog.

The teaser for Emma (written by Eleanor Catton!) is full of snark. 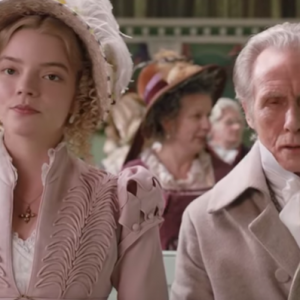 The teaser for Emma (written by Eleanor Catton!) is full of snark.

The teaser for director Autumn de Wilde's upcoming Emma adaptation combines many of the things I love to see in movies: sass...
© LitHub
Back to top