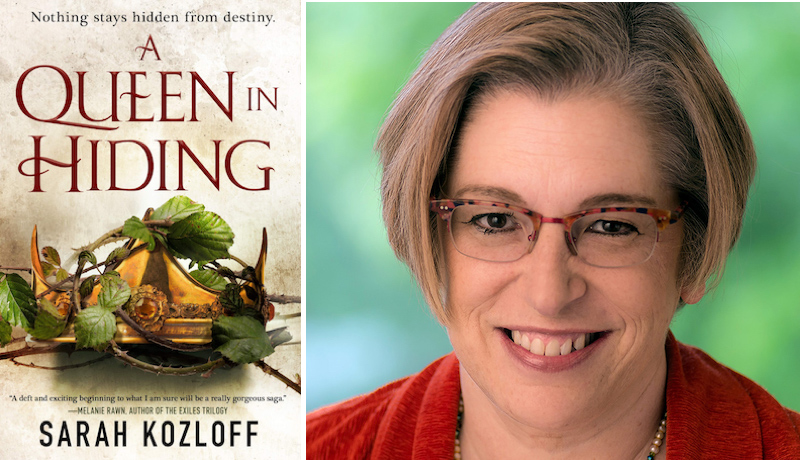 Sarah Kozloff does her world building gradually and carefully, introducing you to a few characters you get to know and care for, before moving on to other lands and cultures. The land of Weirandale is ruled by a line of queens with unique magical talents which is granted to them by Nargis, the spirit of the water. We first meet the future queen in hiding when she is a child, granted a menagerie of pets by her fond mother, Cressa, who tries to spend as much time her as she can while ruling Weirandale.

Cressa is perhaps not temperamentally suited to be queen. A somewhat retiring and innocent person by nature, she is unprepared for the machinations of her chief counsellor, who wishes power for himself. After an assassination attempt, Cressa conceals her daughter’s identity through magic, sending her to live with a family who is unaware of her true identity.

Her daughter, Cérulia, likewise is not ambitious nor does she show much desire to lead. She does however have a kind heart and will fight for her friends, if not for herself.

But the world at large has even more serious problems than the fate of Cérulia, who is orphaned halfway through the first book, and must rely on her magical gift to see her through some tight spots. In another country, ruled by eight terrible magi, food shortages have led to their army invading a peaceful democracy, the Free States. Thalen, a student, must use his analytical and curious mind to come up with a plan to rescue his plundered country from the ruthless invaders.

How the story of these two, Cérulia, the queen in hiding, and Thalen, the son of a pottery maker, connects, is not yet revealed. But with the four books of the series being released monthly, you won’t have to wait long to find out.

Gabrielle Mathieu: With the popularity of Game of Thrones and the advent of “grimdark”, there’s been a trend towards frequent and shocking violence, sadistic characters, and plots that center around revenge. How can an author write an involving, gripping novel (or screenplay) without resorting to those measures?

Sarah Kozloff: That’s really the problem. This is something that I wrestle with, because as a professor, I actually have read a great deal of psychological literature on the effects of violent literature on readers and viewers. And it’s not a one-to-one correspondence, nor is it easy to say well, you watched this movie so you go out and become a murderer. It’s not that direct. But a lot of the evidence is that the more time you spend watching violence and aggression, the more aggression gets normalized for you. And you become, in a sense, comfortably numb to all these deaths and mayhem and rape. And I don’t want to be numb! And I don’t want my readers to be numb.

One thing novelists and filmmakers do is make the enemy inhuman. They make the enemy bugs or the ice death people in Game of Thrones, or zombies, and then you can kill them off with wild abandon and you don’t feel like you’re killing people. But that is a cop-out to me, because you’re still killing and bathing yourself in blood and working yourself up to “isn’t it so wonderful, I got him, I killed him!” There are deaths in my books, in The Nine Realms, but by the end of the series, the main character regrets them all. So there is a working through of the problem of vengeance and the problem of violence, in the series.

GM: The appeal of “story” is often learning to solve conflict, so if we’re just learning to react to a fraught situation by killing our enemy, I’m not so sure that’s a good lesson to share with our readers. But of course we don’t want to go the other way of being too realistic and heavy handed. Surely there must be a middle ground by creating engaging characters in new and different worlds and having our readers care about our characters.

SK: Also, I think what can be disturbing is the mixture of violence and sex, that sado-masochistic violence. It may provide a thrill, but it’s not necessary to have a story that is engaging. I have stopped reading books when it’s seemed like that was going too far. So yes, it’s a problem, but they say that a lot of people like to read these things because we travel to the dark side and return in safety. Which I’m sure is a good thing to do a few times, but not necessary to do all the time. 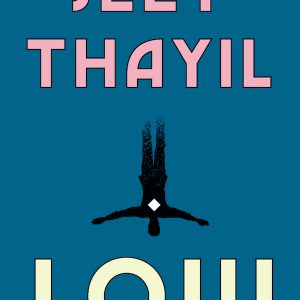 She was about to run a bath when he called. She was watching CNN and sipping from a glass of Jim Beam on ice. Her suite had been...
© LitHub
Back to top