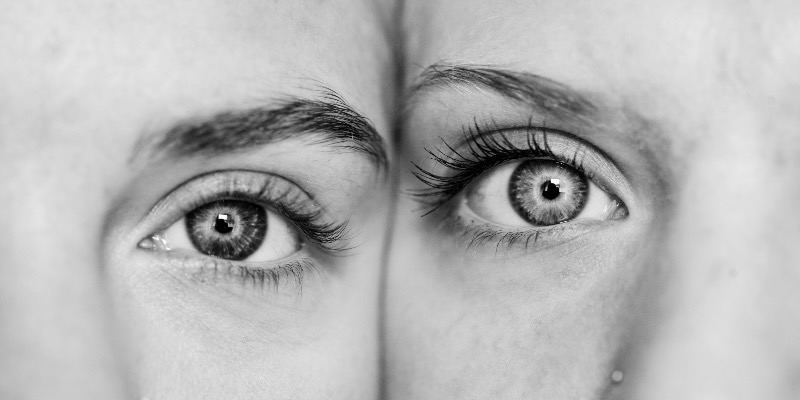 Where does DNA end and the soul begin?

It’s a question that Evelyn Caldwell, the brilliant genetic researcher at the center of Sarah Gailey’s The Echo Wife, never pauses to ask as she develops her award-winning technique for human cloning. To Evelyn, clones are tools, created for a specific practical purpose.

“Clones aren’t people, legally speaking. They don’t have rights. They’re specimens,” Evelyn explains. “They’re temporary, and when they stop being useful, they become biomedical waste. They are disposable.”

Her attitudes change when her ex-husband, Nathan, uses the Caldwell Method to create Martine—a new wife scaffolded from Evelyn’s DNA but designed to be more docile. Martine willingly gets pregnant, whereas Evelyn never wanted a child. Not surprisingly, Evelyn is horrified by Martine’s existence—not only because Nathan mined her DNA without her permission and built a twin who is in many ways her opposite, but because Martine’s pregnancy should be impossible (clones are supposed to be sterile).

Clones’ “inability to produce children is something that Evelyn uses to help maintain a sense of them being inhuman,” Gailey says. “So Martine’s pregnancy … poses a huge threat to all of Evelyn’s work.”

The pregnancy also poses a threat to Evelyn’s sense of self as she and Martine join forces to deal with multiple crises—murder and betrayal foremost among them.

Rob Wolf: The Caldwell Method can turn a sample of DNA into a complete human, going from (I love this phrase) “sample to sentience in 100 days.” Can you describe the method and give a sense of what the prevailing morality is around cloning in Evelyn’s world, which sounds very much like our world, except for the human cloning part?

Sarah Gailey: The Caldwell Method is this idea that you can sequence someone’s DNA and then go boop and you’ve got a complete adult version of them in a big tube full of goo. This is my favorite cloning method in science fiction. The tube full of goo where you get the opportunity to have someone floating in there completely raw and new. I love the combination in that of adulthood and nascent infancy.

There’s a lot in this book about motherhood and pregnancy. Evelyn has completely externalized that entire process in the goo. She’s developed a synthetic amniotic fluid, which does exist in the world that you and I inhabit, although it’s pretty different from what’s going on in this book, because it’s still in the research stages as we’re recording this. She’s also got flesh pulp that eventually turns into the person. The way that I wrote this is intentionally very visceral. I love horror, and I love writing horror.

As for the morality around cloning, it’s extremely capitalist. Evelyn doesn’t really have a personal economic philosophy. She doesn’t necessarily think about the morals of the economy so much as she thinks about what the current system she’s working in can get her if she knows how to work it the right way.

She works for a private lab and always has to be justifying her work, but to her, the work is its own justification. She’s like, “I’m an amazing genius, and I can do amazing scientific things. How is that not enough for you people?” But in this world, the one that we live in and the world of the book, oftentimes—too often—you have to justify innovation by providing a way that it can profit someone, a way that it can move units. And so Evelyn develops clones to be used as tools—they’re used for organ harvesting and transplant, they’re used for body-doubles for people like a politician who needs to go somewhere and have a body-double available to draw fire from potential assassins. They’re completely disposable.

RW: Evelyn’s attitudes do start to change. She starts to see herself differently in some ways through her reflection in Martine.

SG: She is enduring the absolute horror and wonder of constant self-reflection. She is forced into a position that I think any of us would be in when faced with a clone of ourselves that’s designed to have an opposite personality. Martine’s personality is defined in every way as an answer to the flaws Nathan sees in Evelyn. Every place where he thinks she has a shortcoming, he’s fixed it in Martine.

And so Evelyn has to ask herself the question, “If I like something about Martine, does that mean I hate it in myself? If I hate something in Martine, does that mean I love it in myself? What aspects of my personality do I actually value and want to keep, and which ones do I despise?” Evelyn’s sense of self is very confident, but also very honest. She knows that she has flaws and shortcomings. She just thinks that they are a perfect part of the constellation that makes her up and sees no need to change because her personality has gotten her where she is.

But when she sees Martine, she sees this whole other way she could be, and there are some things about Martine that she really likes. But, of course, if you really like something in someone who’s designed to be the opposite of you, you’re forced to look back at yourself in dismay. And that’s not something everyone really knows how to do.

Sarah Gailey’s debut novella, River of Teeth, was a Hugo and Nebula award finalist. In 2018, they won the Hugo Award for Best Fan Writer. They are the author of seven novels.

Louis-Philippe Dalembert: “Migration Is Part of My Story” 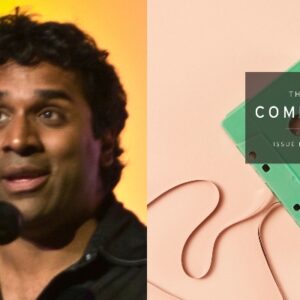 Ravi Shankar speaks to managing editor Emily Everett about his essay “The Five-Room Box,” which appears in The Common’s...
© LitHub
Back to top