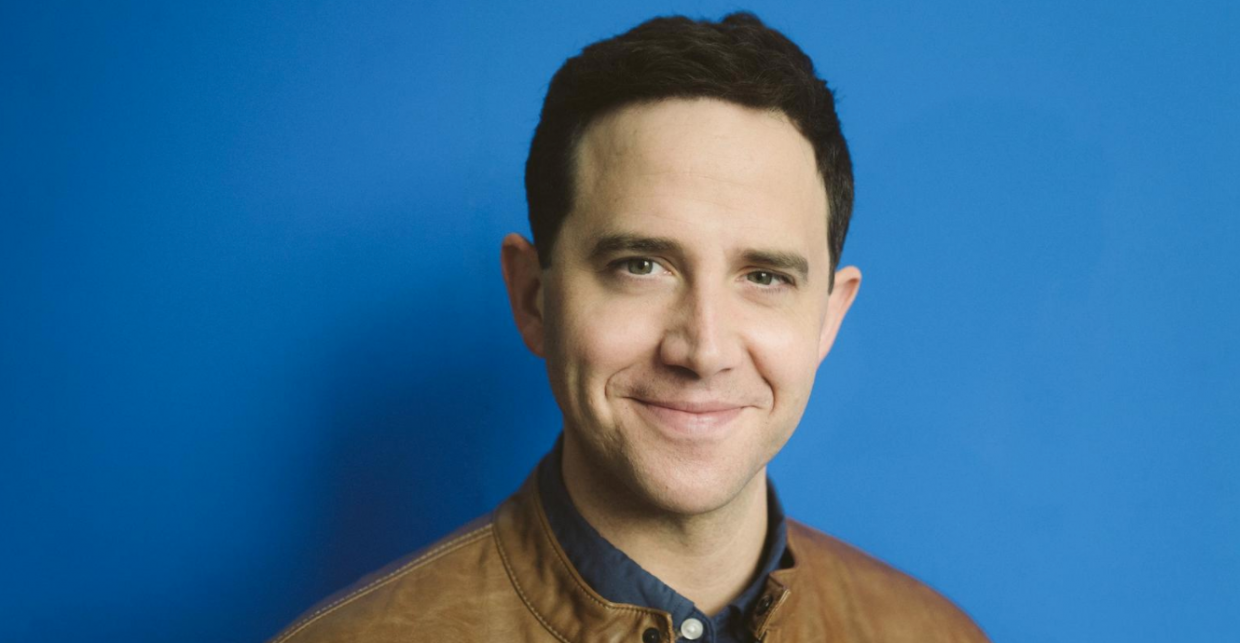 Today’s guest voice performer may be relatively new to audiobooks, but in just a few years his work has already won several AudioFile Earphones Awards and the 2020 Audie Award for Best Thriller/Suspense.

Even if you haven’t yet listened to Santino as an audiobook narrator, I bet you’re already familiar with his skills because he’s the voice behind Frozen’s Prince Hans. Santino brings his impressive stage and film talents to our earbuds and seems equally at home with fiction and nonfiction. I am always taken with his characterizations, which move beyond simply giving each individual a unique voice. Santino digs deeper to signal, for example, temperament, feelings, and maturation, giving each character extra dimensions.

When you listen to the audiobook recommendations below, you’ll note Santino’s impressive sense of pacing, which provides us the time to absorb the nuances of the author’s intent or to react emotionally to the plot.

AudioFile: What is the one thing you wish you’d known before you recorded your first book?

Santino Fontana: I wish everyone who listened to audiobooks knew this too, and it’s not true in every case, but the producer/director and engineer of an audiobook have a HUGE impact on how an audiobook turns out. Because reading an 18-hour book can be overwhelming for the narrator. And with the guidance and help of someone else listening, they’re able to identify what was missed and what may be better. As an actor, I always think of myself as a generator of creative ideas. I want a collaborator to help choose which option is best, and there may be some back and forth, but when you’re in the middle of a giant book, you don’t have perspective like they do, and I’d say 9 times out of 10, I trust the people on the other side of the glass. Usually, they’re right. There are a couple times I wish I’d gone with my gut, but the fact that it’s not totally on you is something I wish I’d known before I started, and something I think listeners don’t really know about.

AF: What are you doing when you’re not working?

SF: I have an 8½-month-old who’s crawling all over the place. If I’m not working, I’m usually chasing her.

AF: What’s your first reaction when someone asks you how they can become an audiobook narrator?

SF: I get asked occasionally how I got into voice-over stuff in general, and I tell them my experience, which I first recognize as lucky. As a theater actor in New York, my gig when I wasn’t acting was to be a reader for auditions—which basically means you play all the other parts in a scene opposite the actor auditioning. That was a great way to learn not only about auditioning but about New York theater at that time because I saw EVERYTHING. Crazy auditions, amazing auditions, asshole directors, great directors—everything. And I got to play all these different parts in a scene. And then that would lead to reading stage directions in the readings of new plays, which I was thrilled to be asked to do just to get into the room. And, like clockwork, people would come up to me and say, “So you must do a lot of voice-over work,” and I would constantly tell them, “No! No, I DON’T! How do I do that? I want to go to there!” I was told it’s such a small group of people who get to do it, and good luck, basically.

Then I was introduced to my voice-over (VO) agent, Steven Arcieri, who essentially put me through VO training to better understand it. I auditioned, and I’m not exaggerating here, probably five or six times a week for three years and was NEVER HIRED. At the end of those three years, I basically came to Steven and said, “Look, I really appreciate how supportive you’ve been, but it’s just not looking like this is in the cards for me.” And he said, “No. Trust me. Once you book the first one, it’ll change.” And I think a week later I booked my first VO gig, which led to commercials, promos, and finally audiobooks. It takes time and tons of at-bats, and a willingness to just keep at it.

AF: When reading for pleasure do you find yourself creating voices and thinking about pacing and emphasis?

SF: What is reading for pleasure? Please explain that to my 8-month-old.

AF: What kinds of things do you do to protect your voice in your downtime?

SF: I was doing an eight-shows-a-week Broadway show while I was recording The Institute, and I had to be super careful. Luckily, I was able to limit the recording time in the booth, and Christina, the producer/director, was incredibly understanding and helpful, making sure I wasn’t going to hurt myself. Vocal use is all about preventing the snowball; once something gets out of balance, it gets worse unless you nip it in the bud and take care of it.

Fans of Caroline Kepnes are in for a treat when they listen to Hidden Bodies, a stand-alone mystery that features Joe, a romantic psychopath whom Kepnes introduced in You. Santino well met the task of portraying the complexities of Joe’s singular personality. Joe desperately wants a girlfriend, but every time he falls in love, the woman eventually disappoints or fails to understand his brand of relationship, and he has no choice but to kill her. Santino’s performance underscores the wit and suspense that offset the explicit action and language.

In the essays collected in Things My Son Needs To Know About the World, Fredrik Backman talks to his young son about a number of topics that many of us can relate to, such as what it’s like to be a parent, how to negotiate IKEA, and what to expect on the soccer field. He also expresses his hope that the next generation will make the world better, especially in terms of tolerance, empathy, and caring for others. Santino’s easygoing delivery and perfect tempo connect us to the broad range of Backman’s reactions to parenthood—from humor to poignancy, love, and hope.

One of the most anticipated young adult audiobooks of the year was Suzanne Collins’s Ballad Of Songbirds And Snakes, which is a prequel to the well-known Hunger Games trilogy. This audiobook focuses on the childhood of Coriolanus Snow and the events that shaped him into the adult he would become: one of the high-powered leaders who supports the ritualized fight-to-the-death games that pit child against child. Santino shines on several levels here but especially in the way he personifies Coriolanus’s transformation from unsure teenager to determined young man, making this a must-listen title for fans of the original audiobooks.

Who else but Stephen King could write about paranormal children who are kidnapped by an underground government organization that plans to use them for nefarious purposes? The Institute also contains a parallel plotline involving an ex-cop who ends up in a small South Carolina town while hitchhiking his way north from Florida. Santino, in a multi-award-winning performance, expertly carries listeners through the spooky halls of The Institute and the backwater streets of the South, keeping us riveted to the characters’ fates and keyed in to the broader issues of how a society treats its children.

Siddhartha Mukherjee, in The Laws of Medicine: Field Notes From an Uncertain Science, addresses the often ignored disconnect between patients’ expectations and doctors’ few powers in the face of an incurable or difficult-to-control medical condition. This short audiobook, based on a TED Talk, questions whether medicine can be considered a science and, if so, seeks to discover its laws. Santino’s pacing and measured performance enhance our insight into the various aspects of modern medicine—from putting people skills to good use to understanding and interpreting medical research.

Candace is a full-time freelance book editor as well as a book reviewer and journalist. When she’s not working, you'll inevitably find her listening to an audiobook while cooking, walking, making lace, or taking photographs. She was honored to be the 2016 Audio Publishers Association's Audiobook Blogger of the Year. 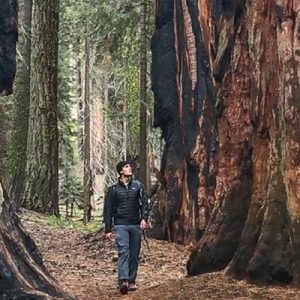