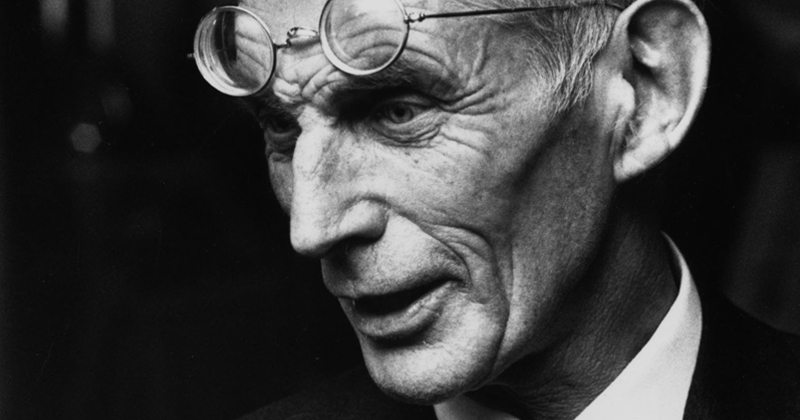 How Do You in Fact Fail Better?

Fail better. I am not sure any writer is more identifiable by two words than Samuel Beckett is by these. Though first occurring in one of his late, little-known works, the phrase has nonetheless come to be a rallying cry for athletes and entrepreneurs alike. Richard Branson and Elon Musk cite them. A tennis star has the phrase tattooed on his forearm. “Ever tried. Ever failed. No matter. Try again. Fail again. Fail better.”

In this popular context, the gist of the exhortation is that failure must be risked in the pursuit of success. Overcoming setbacks, in fact being willing to hazard them, is the way to win. You must learn to fail—implying repeated failures—in order to succeed. But in Samuel Beckett’s world, failure had a different application. It was not personal failure (to be endured) but systemic failure (to be enacted). And it was a strategy—a philosophy, if you will—that Beckett refined over half a century of work.

“Fail better,” from 1983’s Worstward Ho, is the distillation of a paradox that is probed, presented, and explored in countless of Beckett’s works. Winnie’s good cheer while up to her neck in a mound of earth in Happy Days, for example, or Estragon’s excitement at the thought of hanging himself (“An erection! Let’s hang ourselves immediately!”) is another. The phrase

is Beckett’s sparest articulation of an imperative that held throughout most of his writing life—once he escaped the gravitational pull of James Joyce. For Beckett, to fail better was not so much an inspirational koan as an aesthetic standard.

By 1937, having only his essay on Proust and a poorly received book of stories to his credit, Beckett took dead aim at discrediting his native tongue. In his famous letter to bookseller Axel Kaun, written in German, Beckett lamented that the English language appeared to him “like the veil which one has to tear apart in order to get to those things (or the nothingness) lying behind it.” A few years later, after his own horrific wartime experience (which he always downplayed), Beckett promoted painters he liked, and found his first overt formulation in praise of failure. Dutch painter Bram van Velde, he said, was “the first to admit that to be an artist is to fail, as no other dare fail, that failure is his world and the shrink from it desertion, art and craft, good housekeeping.” By taking and holding this position, Beckett went on to write most of his masterpieces in a matter of seven years—Molloy, Malone Dies, The Unnamable; Waiting for Godot, Texts for Nothing—all in French. These works dismantled the conventions of their chosen form.

What Beckett was seeking in these works and throughout the rest of his career, was the bringing about of a formal failure and doing so by revealing the faults and limits of representation itself. His mission was to succeed in the pursuit of failure, to in fact expose failure.

Consider this, from Worstward Ho, where language’s ability to depict the real is scoffed at:

It stands. What? Say it stands. Had to up in the end and stand. Say bones. No bones but say bones. Say ground. No ground but say ground. So as to say pain. No mind and pain? Say yes that the bones may pain till no choice but stand.

Making language fail is not easy to do, especially if you embrace the idea that it must. Utter a single word or compose a simple sentence—“Hail holy light”—and you have accessed centuries of convention and accrued competence. All who understand the language understand the words you have written—some might even recognize John Milton. Beckett praised Van Velde for refusing to have his hands tied by the impossibility of painting. So too Beckett refused to be silent despite the impossibility of original expression.

“Making language fail is not easy to do, especially if you embrace the idea that it must.”

How did he expose language as failing? By combining ingenious syntactic negations with morphemic mischief to deny language the power to be anything other than a contradiction.

“So leastward on. So long as dim still. Dim undimmed. Or dimmed to dimmer still.”

Of course, Beckett was not always so grim and elemental. He could be a brilliant stylist, in which instances his assault on expression took place not at the level of morphemes and syntax but at higher, discursive level, where what was described and how it was described managed to undermine its own premises. Writing beautifully to no purpose, say, on how best to distribute 16 sucking stones in the two pockets of your greatcoat and the two pockets of your trousers. Or describing mysterious objects with gleaming precision and the care of a poet and then abandoning them, unidentified, of no importance. Or reducing dialogue to spirited disputations about nothing, as in the sound of “all the dead voices” in Godot—”. . . like wings. . . like sand. . . like leaves. . . like sand. . . like ashes.” Beckett’s work strives to make his principal point, which is not so much about the futility of existence as the absurdity of having at hand only modes of engagement that will forever fail to render something genuine of our experience.

Beckett as a connoisseur of artistic failure, then. But what, after all, are his standards of failure? How do you in fact fail better? How does he? Mustn’t there be, logically speaking, a way to fail but not fail enough? Or to fail too well? What might that look like?

There are at least a dozen abandoned or unpublished Beckett works—prose texts, poems, suites of poems, and starts of plays—that are part of what scholars refer to as “the grey canon.” They are of a startling variety. Some, clearly—and some less so—are early drafts of later works (precursors to Not I and Endgame, for example); bits submitted to publications and rejected and thereafter ignored by their author, or forgotten—one poem was discovered only five years ago among the papers of a Belgian surrealist. Then there are the 21 poems that exist, at present, in a kind of limbo, pulled by the Beckett Estate at the last minute from the Collected Poems over the objections of the editors, the suspicion being that the poems, although written on Beckett’s typewriter, were the work of his wife, Suzanne.

May we presume that at least some of these pieces Beckett abandoned because they enacted a wrong kind of failure?

It requires a trip to the Beckett archive, most quaintly housed at the Museum of English Rural Life at the University of Reading, to see most of this grey canon

. The first time I was there was to see what remained of an abandoned Beckett work, “Long Observation of the Ray,” from the mid-1970s, which contained some confounding mathematical schemas that remained elusive until I sat with my notes at the Three Guineas pub waiting for my train back to London.

In but six manuscript pages, Beckett laid out a compositional plan that involved nine different themes being addressed one after the other by packets of sentences of increasing and then diminishing quantities. Sustaining any kind of narrative under these conditions would be impossible; failure could consider itself summoned. In addition, given that the themes were obscure and technical—such things as “Inlet-outlet,” “Faintness,” “Constant length”—and that the strictly restrained sentence quantities were intended to describe the play of a light source on the interior of a completely hermetic sphere—it would seem Beckett had designed a schematic in which language would assuredly fail. Why, then, was it abandoned?

Taking my lead from David Houston Jones, one of the two scholars to publish on this curious Beckett work, I propose that this piece threatened an absolute and catastrophic failure that was beyond where Beckett wanted to go. Jones suggests that Beckett, nearing 70 years of age, was building a text to document what “survives the disappearance of the human species. . . a monument to extinction,” a lightless, issueless sphere, an “informational prosthesis” that is post-human.

Did Beckett walk back from that? The late works that followed, however wintry and austere and timeless, shorn of recognizable civilization, never went so far as to erase the human. In Worstward Ho, after words go near silent—“how almost they still ring”—where things are “Less. . . Less seen. . . Less seeing,” there is life:

Michael Coffey received his BA in English at the University of Notre Dame and an MA from Leeds University in Anglo-Irish Literature. Former co-editorial director at Publishers Weekly, he has published three books of poems, a collection of short stories, a book about baseball’s perfect games, and co-edited a book about Irish immigration to America. His most recent book is Samuel Beckett Is Closed.

The Complicated Comforts of Marilynne Robinson 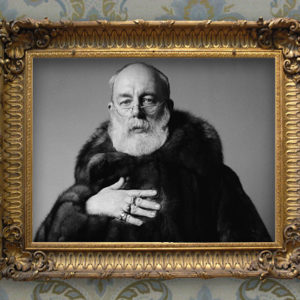 Edward Gorey loved collecting, which he preferred to call “accumulating.” To better understand the Gorey bequest and his motivation...
© LitHub
Back to top