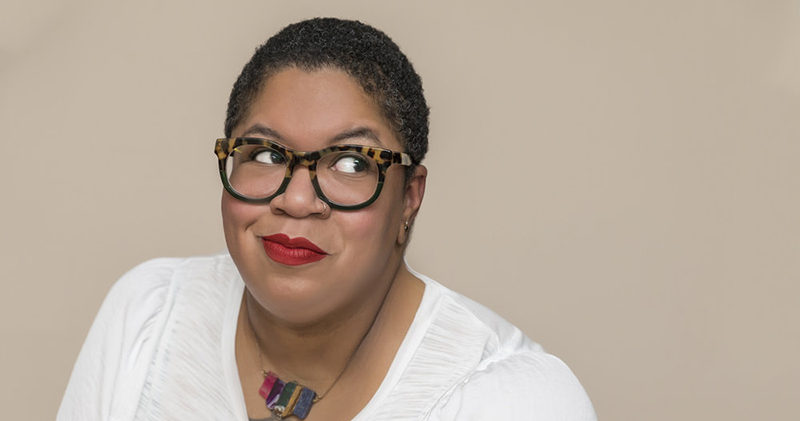 Samantha Irby: ‘If You Hate It, Then You Hate Me Because That’s All Me’

In this episode of Reading Women, Samantha Irby joins Kendra Winchester to discuss her new book, Wow, No Thank You, out now from Vintage.

Kendra: You talk about so many different things in this book. One of them was writing the show with Lindy West and her show Shrill. How was that different writing for a television series as opposed to writing your essays?

Samantha: Well, working on a show is basically like, you know, a bunch of people sitting in a room playing make believe. Like, you know, for the first couple of weeks, everyone’s just throwing out ideas and possibilities. And you kind of watched the show take shape. And by the time you get . . . I was lucky. I mean, we were all lucky that we were assigned an episode. That doesn’t always happen. Sometimes you’re just in the writers room, and then someone else writes it. So we were all assigned an episode. And by the time you get there, it’s pretty much decided as a group what’s going to take place. You know, you have the bones of the episode pretty much put together. And then it’s your job as a writer to go through and put the meat on the bones.

So what I do in my books is truly, like, just me. It’s like me sitting in my chair in the living room by myself with headphones on, writing about whatever I want. And with TV, it’s not only like collaborative, it’s so . . . it’s not just your work. Like everybody, you know, once you turn your script in, it gets punched up by other people. And then executives and producers and all the people you never get to meet have a hand in it. And then finally, it ends up in the hands of the directors and the actors. So it’s that process. I think it really like took the pressure off because it’s not just me. It’s like, well, I wrote that joke, but then Lindy wrote that joke and Dave wrote that joke. And, you know, it truly is like a group effort, as opposed to my books, which is really just me.

I don’t know which I prefer, like the high pressure of it just being my thoughts in my voice or the like lower stakes of being in a group. I mean, TV is different because way more people watch TV than read books. So whatever you’ve made reaches a much wider audience. But yeah, it’s basically. . . . The difference is like this is just me and my editor sort of helping to shape things. You know, she kind of like pulls back, and she can take a bird’s eye view of something I’ve written if I’m too deep in it and help me fix it. But TV is like, you know, you sort of make the thing and then it gets molded by so many different people that it almost doesn’t feel like it’s yours by the time it hits the screen.

Kendra: And there are more people there to see like, oh, well, you have that reassurance. If I screw up this thing, someone will catch it because so many people are going to read it.

Samantha: Oh, yes! It is absolutely like, you know, “Let go and let God.” I turned the script in and I came to set—or I flew out to Portland to be on set for my episode. But like, no one is asking me about shots. No one is inviting me in to edit. It’s very much like, Okay, well, I did what I could. The rest of this is on y’all. Good luck.

Whereas with the book, it’s like . . . you know . . . I have people who read my things that I think would catch something, like, terrible or something that didn’t make sense. Of course. But it truly is just like, “If you hate it, then you hate me because that’s all me.” You know.

Kendra: Well, I really appreciated the discussion you had about working in Hollywood and wanting to see different kinds of representation on TV that we hadn’t seen before. And being someone who has a disabling chronic illness that involves their colon being a trash fire, I really appreciated how you mentioned that . . . about talking about, you know, living with Crohn’s and what that’s like. So I thought maybe you could talk a little bit about why you wanted to write about that in this essay collection and that kind of representation that you hope people will see about that.

Samantha: Well, I think . . . I mean, I’ve been doing it in my books since I’ve had books and on my blog, which I’ve had for, like, I don’t know, twelve years or something. So it’s like truly—apart from like actually being my physical . . . like in my physical self—it’s been a part of my work for my entire career. And if I got to work on my own projects or make my own things, it would be important that . . . and maybe not always Crohn’s . . . like my, you know, if it’s about me, it’s going to be about IBD. But I mean, I am . . . I have a lot of friends with invisible chronic illnesses whose lives are impacted by those illnesses every day. I feel like so many people are going through things, and we don’t really see it. And it’s not always tragic. It doesn’t always involve like, you know, a cane or a wheelchair or a colostomy bag or whatever. There are lots of people like going through things. It’s weird that it’s still exceptional to see someone on TV with any sort of illness, let alone a chronic, invisible one. I think it’s impossible to separate that part of myself from my work. And also, like it would . . . it would be like a real about-face, considering like my body of work would be like, “Okay, now we don’t talk about like poop anymore.” You know. So it just is like . . . it’s natural for me to talk about. But it’s still the exception to a lot of like the entertainment . . . well, I don’t know how to phrase this in an artful way other than that we just don’t see a lot of people on TV with a lot of illnesses that people are dealing with and like living their lives with. So the more we could get of that on TV, the better. The more people who get to see themselves reflected, the better.

Samantha Irby is a writer whose work you can find on the internet.

Portrait of Kaduna City, a Half
Completed Story 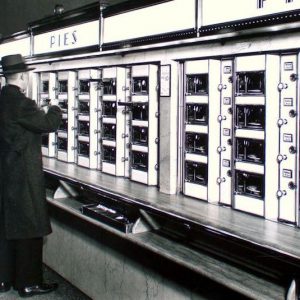 The Automat on Forty-second Street and Third Avenue where my grandfather in his brown suit and fedora his vest with...
© LitHub
Back to top