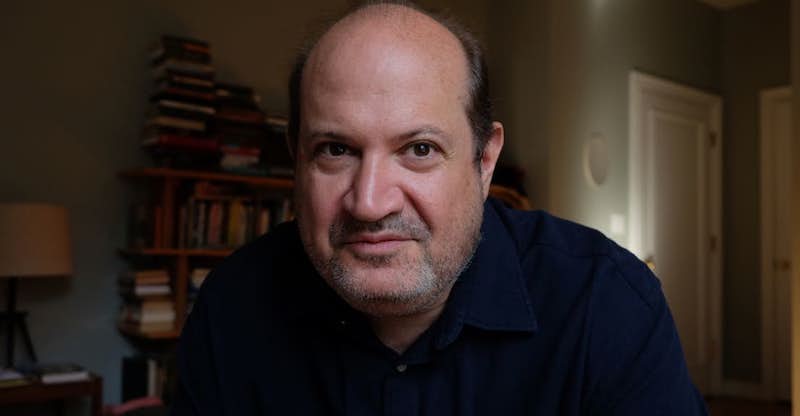 Sam Lipsyte is the guest on this week’s Otherppl. His new novel, Hark, is available now from Simon & Schuster.

Lipsyte is the author of the story collections Venus Drive (named one of the top 25 books of its year by the Voice Literary Supplement) and The Fun Parts, and three other novels: The Ask, The Subject Steve, and Home Land, which was a New York Times Notable Book and received the first annual Believer Book Award. He is also the recipient of a Guggenheim fellowship. He lives in New York City and teaches at Columbia University.

Sam Lipsyte: I guess what I’m always looking for is a container to hold it all, and that can be the story or a character. It’s a way in—the access to it—but what can it hold? In this case [in Hark], it was the idea of the spiritual practice and these charismatic leaders and some people who are projecting their fears onto them. I have all this stuff I want to put in; what’s going to hold it? I’m always looking for it. The container is the first thing.

Brad Listi: And the container in this case was the character?

SL: In this case, it was the dynamic between this leader and these followers and the idea of “Mental Archery,” which is so preposterous. It was so stupid that I thought, here’s a challenge to write a whole novel around something this silly, to build that world.

BL: I felt at some points I was thinking maybe you were channeling Tom Cruise. Maybe it was the name Kate.

SL: Well, I think I am of a generation that is channeling Tom Cruise most of the time.

BL: Me too, that’s why I recognized it. Another thing that strikes me about you and your work is that it’s angry, and you can feel anger in the comedy but anger in all the right ways. Bravo for having good instincts and a good moral sense. That’s the way that I feel.

SL: There’s that fine line between righteous and self-righteous. You want to be on the right side of that.

BL: How do you guard against it? Do you have to scrub it out in the edit?

SL: Sometimes things go over the top. I do so much revision. I always say that I dislike writing; I like re-writing. I really love having something to play with. Getting that first draft is the torture.

BL: How do you work, the day-to-day? What’s your schedule?

SL: As I teach full-time, I don’t get those big chunks of writing time during the school year. A lot of the heavy lifting is happening in the four months of the summer, the long academic break. Those are the days that I’m getting up and putting in six to seven hours a day and really going for it. During the school year I’m doing a lot more of the editing and more of playing with this chapter and playing with that one. Also, there are days where nothing happens. A teacher told me a long time ago, even if you’re going to do fifteen to twenty minutes, it’s important. The danger is to say, I don’t have a lot of time today so I won’t do any writing, and you lose touch with your project. If you can just sit down, move a couple commas around, and read what you’ve been writing for the last few days, even if it’s ten or fifteen minutes you’re keeping the current alive between the work and your brain. I think that’s really important, especially during those stretches when I’m not getting the big writing hours in. 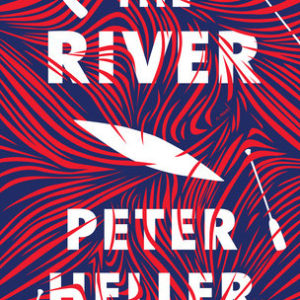 They had been smelling smoke for two days. At first they thought it was another camp fire and that surprised them because...
© LitHub
Back to top