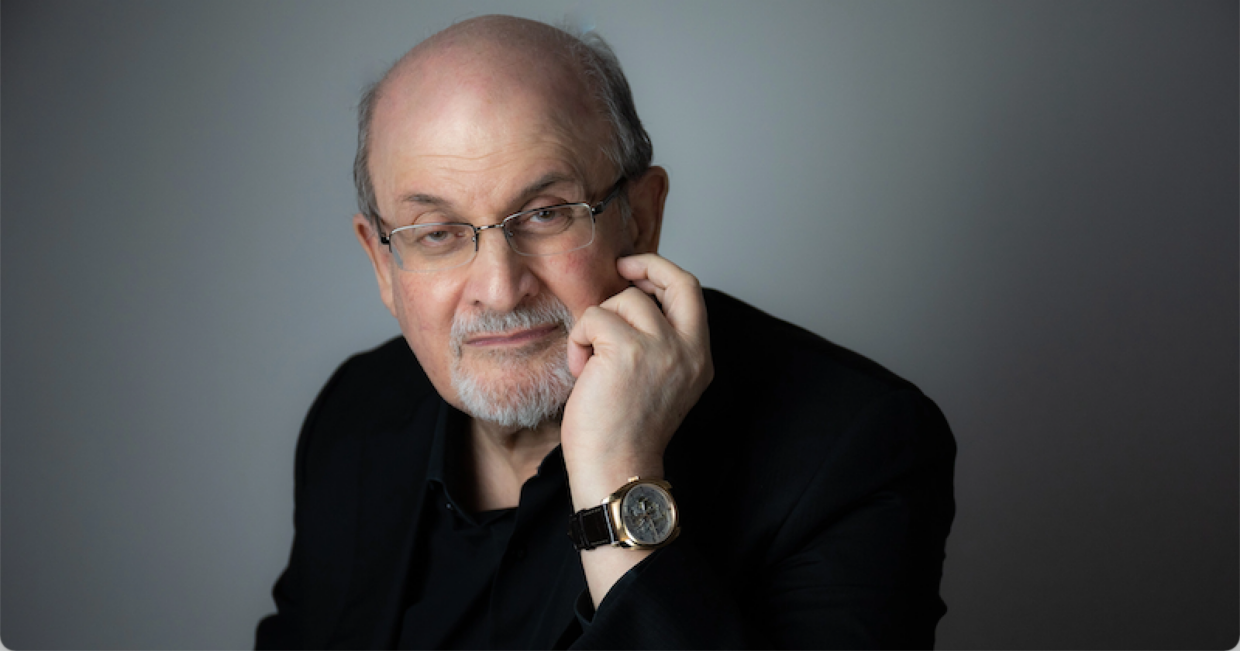 Salman Rushdie—the former PEN America President and Booker Prize-winning author of Midnight’s Children, The Satanic Verses, and Joseph Anton—just sold a new novel, and it sounds like a doozy.

Billed as a translation of an ancient Indian myth, Victory City—Rushdie’s fifteenth novel, his first since 2019’s Quichotte—is the story of “a woman who breathes a fantastical empire into existence, only to be consumed by it over the centuries.”

In the wake of an insignificant battle between two long-forgotten kingdoms in fourteenth-century southern India, a nine-year-old girl has a divine encounter that will change the course of history. After witnessing the death of her mother, the grief-stricken Pampa Kampana becomes a vessel for the goddess Parvati, who begins to speak out of the girl’s mouth. Granting her powers beyond Pampa Kampana’s comprehension, the goddess tells her that she will be instrumental in the rise of a great city called Bisnaga—literally “victory city”—the wonder of the world.

Sounds pretty cool to me.

Victory City will be published simultaneously in the US (Random House), UK (Jonathan Cape), and Canada (Knopf Canada) on February 7, 2023.