Saïd Sayrafiezadeh on Growing Up in the Socialist Workers Party

In this episode, Jordan talks to memoirist and fiction writer Saïd Sayrafiezadeh (American Estrangement) about growing up in the Socialist Workers Party, deprogramming from childhood, and how even in fiction, the memoirist doesn’t fall far from the memoir.

Saïd: It’s sort of embedded in me. The only thing that I have a sense of is that when I write one story, then the next story I try to tackle something different. The next story will not be about a mother and son. It’s like one story informs the next. Of course, when you get to collection time, how they’re put together is a whole different animal, but… Jordan, you know what, it’s my life’s work. I don’t want to sound lofty, but it’s true. It’s my life’s work. I mean, this is where the Socialist Workers Party still lives in me, which is: do not lose sight of politics, society, the economy. And I guess that’s the pact I’ve made. The only thing that I’ve thrown in there is the idea of the individual in their complications.

Jordan: Do you feel like your ideas about politics, society, and the economy are fundamentally opposed to the ones—or even fundamentally different than the ones—that you learned as a child? Or is it simply about bringing the individual to the foreground?

Saïd: No, not fundamentally opposed. There’s a part of me that will always dream of the revolution, that will always be a believer. I don’t know if that’s ever going to go away. Maybe it shouldn’t go away. The sort of scientific communism that I grew up with—this is inevitable, this is what’s going to happen, etc., etc.—that I have dispensed with. But the idea that there are classes, that some people are getting fucked over? Those seem to be hard and fast truths. Where I will diverge is that I try to, I need to, see everyone as a human, so I’m not trying to throw anybody under the bus in my writing. But yeah, there are a lot of bosses in the stories.

This episode is presented in collaboration with the 2021 Miami Book Fair. Saïd Sayrafiezadeh is just one of the many writers from around the world participating in the nation’s largest gathering of writers and readers of all ages. This year’s Miami Book Fair takes place online and in person from November 14th to November 21st. Please visit miamibookfair.com for more information, or follow MBF at @miamibookfair.

Saïd Sayrafiezadeh is the author, most recently, of the story collection American Estrangement. His memoir, When Skateboards Will Be Free, was called one of the 10 best books of the year by the New York Times and his story collection, Brief Encounters With the Enemy, was a finalist for the PEN/Robert W. Bingham Fiction Prize. His writing has appeared in The New Yorker, The Paris Review, The Best American Short Stories, Granta, McSweeney’s, The New York Times, and New American Stories, among other publications. He is the recipient of a Whiting Writers’ Award for nonfiction and a Cullman Center for Scholars and Writers’ fiction fellowship. Saïd lives in New York City with his wife, the artist Karen Mainenti, and serves on the board of directors for the New York Foundation for the Arts. He is a fellow at the New York Institute for the Humanities and he leads the Creative Nonfiction track in Hunter’s MFA program. He also teaches creative writing at Columbia University and New York University, where he received an Outstanding Teaching Award. 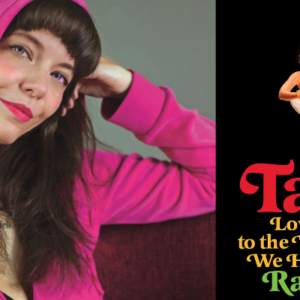