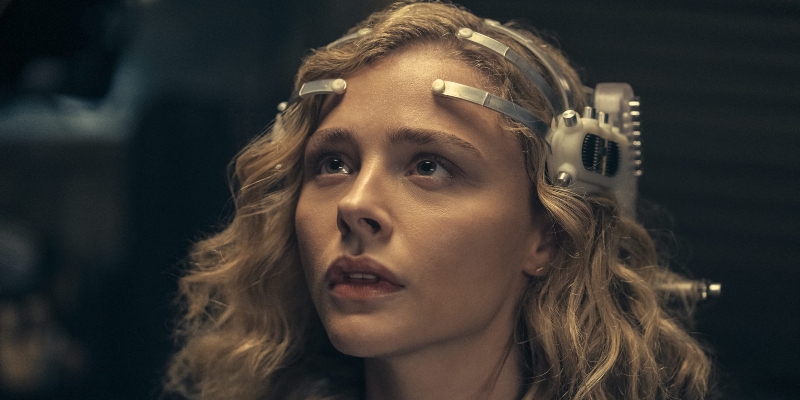 Sadly, The Peripheral Is Not the Great Cyberpunk Series We’ve Been Waiting for

As technology becomes more integrated into our daily lives, cyberpunk—the sci-fi subgenre that’s been preoccupied with the seemingly inevitable singularity of flesh and machine since before we had a term for it—remains our present’s most relevant branch of speculative fiction. And yet, save for the world-shaking success of The Matrix (1999) and the fairly one-note anthology series Black Mirror, most attempts by Hollywood to translate cyberpunk ideas and aesthetic to the screen have been either commercial or critical failures, if not both.

This goes double for the works of William Gibson, one of the most celebrated and influential figures in cyberpunk who codified the genre in his 1984 novel, Neuromancer. To date, Gibson’s novels and short stories have been only sparsely adapted, and never to much success. (A film of Neuromancer itself has been in development hell for decades. It was last reported in 2017 to be under development at Fox, which is now under new management.)

The latest attempt at adapting Gibson debuts this weekend on Amazon Prime: The Peripheral, based upon the first novel in his still-ongoing Jackpot Trilogy. The series is produced by Lisa Joy and Jonathan Nolan, co-creators of HBO’s Westworld, which seemed for a hot second like it might popularize cyberpunk for mass audiences the way Game of Thrones revitalized medieval fantasy.

But if Westworld didn’t do the trick, The Peripheral won’t be doing it either. Under showrunner Scott B. Smith (a novelist himself), The Peripheral is a curious sci-fi thriller fueled by some cool ideas, but its plodding pace and bland characterization make it unlikely to make waves amongst genre fans or to crack into the mainstream.

The Peripheral follows Flynne Fisher (Chloë Grace Moretz), a young woman from a small South Carolina town in 2032. Flynne, a talented gamer in an economy where that’s worth money, accepts a gig testing a new kind of lifelike virtual reality game. Or at least that’s what she’s told. In fact, Flynne is piloting an android body in an alternate London in 2099, and what she thinks is a game is actually part of a real-life conspiracy with deadly stakes.

The series splits its time between the two settings, which can interact with each other only via data transfer—a limitation which, in either internet-driven world, is hardly a limitation at all. Flynne is repeatedly called upon to log back into her robot double by “fixer” Wilf Netherton (Gary Carr) and super-rich kleptocrat Lev Zubov (JJ Feild) to help unravel the mystery of her first mission.

Meanwhile, in her present, Flynne, her war veteran brother Burton (Jack Reynor), and the rest of their community cope with increasingly frequent and violent interventions from the future. It’s a potential mess of temporal mechanics made simple thanks to a contrivance that makes literal the old adage that “the past is another country.” This also allows the story to work as a polemic about imperialism, as the ruling class of the future sees Flynne’s present as just another resource-rich territory to plunder.

If Westworld didn’t do the trick, The Peripheral won’t be doing it either.

There’s a lot about The Peripheral that works. To begin with, its opening episodes are far more digestible than the first third of Gibson’s novel, thanks to the convenience of visual storytelling. The basic speculative conceit of the novel is conveyed more quickly and efficiently, at the cost of some intrigue but with the addition of some fun action-adventure beats. The novel is, admittedly, pretty tedious, and the television version takes far less time to get to the meat of the story’s political intrigue.

The show’s rural 2032 is an instantly believable near-future where the futuristic is intermingled with the already-obsolete, conveying both the advancement and decay of 21st-century America. Our first glances at 2099 London are also striking, with its android workers, touchscreen streets, and skyscrapers with facades like gargantuan Greek statues. Bouncing between the two sci-fi settings allows for some strong contrast—South Carolina is warm and London is cold, both visually and tonally. While most of the performances are merely functional, T’Nia Miller effortlessly steals her every scene as the charismatic antagonist Dr. Cherise Nuland.

Once the premise is established, however, The Peripheral luxuriates in it with a pace usually reserved for shows with longer seasons and a practical need to preserve a status quo until the finale. While the overarching plot slows to a crawl, we’re treated to more time with the show’s sprawling ensemble, but this investment somehow doesn’t add much depth to any of them. Having had an advance look at six of the season’s eight episodes, I have practically nothing non-expository to say about any of The Peripheral’s lead characters, which is about as damning a thing I could say about a television series. Everyone either feels like a function of plot or a function of theme, and only one—Eli Goree’s triple-amputee Connor—feels all that alive.

Where sci-fi novels are often a playground for truly wild ideas, adaptations sometimes err on the side of flavorless realism.

The most egregious example is Wilf Netherton, a perpetually hungover cad in the novel, who has had all his edges sanded down as to become entirely generic. Recurring characters like Dr. Nuland, revolutionary Aelita West (Charlotte Riley), and Detective Ainsley Lobeer (Alexandra Billings) are more memorable, but are also cranked up to a level of comic-book heightened that’s out of place in an otherwise flat, sterile universe. The series might be much more entertaining if the rest of the cast and production was set at their volume.

There’s a certain self-consciousness to The Peripheral that’s unfortunately common amongst science fiction films and television geared toward an adult audience. Where sci-fi novels are often a playground for truly wild ideas, adaptations sometimes err on the side of flavorless realism. This may once have been done primarily to keep a production budget from running wild, but in the modern era of digital effects, it seems just as motivated by fear of being dismissed as silly or childish.

For example: In the novel, we are first introduced to the far-future setting when a professional artist/activist parachutes onto a continent of garbage to negotiate with its posthuman residents, who proudly display their gene-tweaked nature in the form of additional, ornamental genitals. It’s not surprising that this particular image was cut from The Peripheral television series, but there’s also nothing remotely this weird or creative added in its place.

Instead of showing us anything else in the far-future that would challenge the imagination or do anything but iterate on the glass-and-brushed-steel future aesthetic of Westworld or Minority Report, far more time is spent in the near-future, following a running subplot about how the temporal incursions have attracted the attention of Flynne’s local mustache-twirling crime lord (Louis Herthum). He might make for a fun villain on Justified, but he doesn’t really move the needle here.

Still, the source material offers its fair share of interesting ideas, some of which are cool to see realized on screen and might be enough to tickle a viewer who hasn’t read the book or would simply never choose to do so. Given that you’re reading this review on Literary Hub, however, I suspect you may be the type who would just as soon give the novel a chance. If that’s the case, I’ll point you in that direction, while you and I both patiently await the next genuinely great cyberpunk television series—however long that may take. 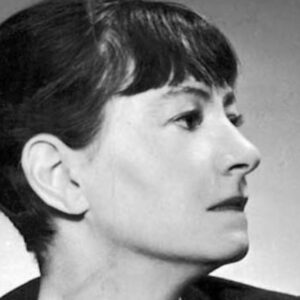 “Ah, Putin! You say you read The Brothers Karamazov, but if only you had understood it!” Austin Ratner on Russian...
© LitHub
Back to top