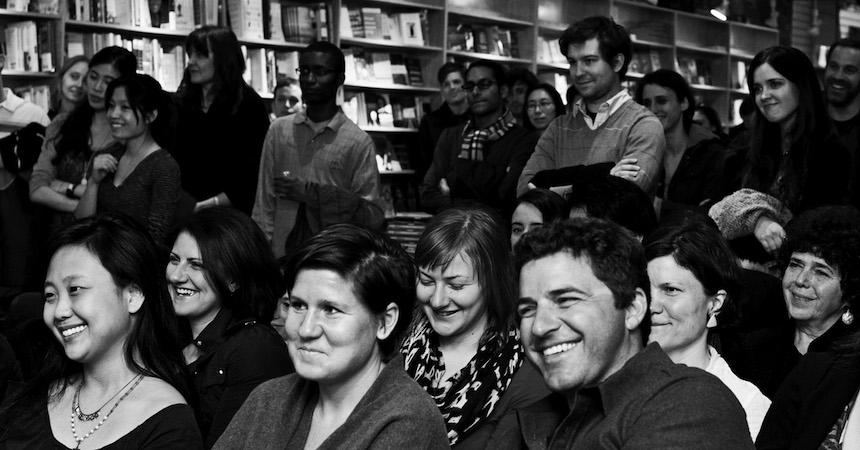 Sackett Street: From Craigslist to Community

For the next installment in our series on writing centers across the country, I interviewed literary citizen extraordinaire Julia Fierro, founder of the Sackett Street Writers’ Workshop and author of Cutting Teeth. Julia has transformed the NYC literary scene into a more inclusive one, and she’s a constant champion for her students and instructors, in addition to being a talented novelist. I just finished teaching my fourth Creative Nonfiction Sackett workshop. The students I’ve worked with are smart, engaged writers—many of whom juggle day jobs, family life, and other commitments all while focusing on their works in progress. Much like Julia herself!

I placed an ad on Craigslist in early 2003—“Writing Workshop with Iowa MFA Grad”—and eight writers of varying styles, skills and backgrounds showed up in the kitchen of my fourth floor walk-up apartment. At the time, I was recovering from a big rejection. My first novel had been passed over by what felt like every editor in the publishing world and my confidence was at an all-time low.

In interviews over the past decade, I’ve often said I created The Sackett Street Writers’ Workshop “by accident,” and now I can see, with a decade of retrospection, that it was no accident. I was looking for a literary haven where writers were serious about craft, a community outside the so-called “scene,” and a safe environment to experiment with structure, meaning, character, and voice. I poured every bit of my energy into those early workshops. I’ve never felt as inspired, excited, surprised—all the emotions a writer hopes to feel again and again with each new story—as I did in those first few years of Sackett Street.

Because of all the great press Sackett Street received last year in articles like Time Out NY’s “Best NYC Writing Classes” and Poets & Writers “Academic Alternatives: The DIY MFA,” we are filling more workshops than ever. We have new classes starting all the time, and there are always at least six or seven workshops offered simultaneously in Brooklyn, Manhattan and Queens—all levels of Fiction and Creative Nonfiction, as well as unique classes like our generative Novel Intensive classes, MFA Application Prep workshops, and Master Craft classes.

I’ve honestly lost count! The Sackett Street writers are accomplishing so much on a daily basis—publications, awards, fellowships, acceptances at MFA and PhD programs, and great positions teaching at MFA programs and working in publishing. In every season, there are six to eight Sackett writers publishing with commercial houses and small presses. Students email with happy news of their accomplishments, and we invite them to read at our bi-monthly reading series at Bookcourt when their books launch. I often hear of great Sackett alumni news via social media, or on literary blogs, or walking through a bookstore and spotting a newly published book and doing a double take, thinking, “Wait, that’s one of our students!”

Even more exciting, is welcoming Sackett alums back to the workshop as instructors after they publish their debut books. Current instructors who are both Sackett alums and have recently published (or forthcoming books) include Sophie McManus, Kaitlyn Greenidge, Lynn Steger Strong, Heather Aimee O’Neill and Jessica Dulong.

I learned how to write through teaching those first five years of Sackett Street workshops. Although I had earned my MFA at the Iowa Writer’s Workshop—two years I still value greatly—what I’ve learned through teaching is incomparable. As the leader of a workshop, one has a big responsibility and this motivated me to work very hard, as a reader, a discussion mediator, an instructor and an editor. Because I have little restraint when it comes to giving of myself in workshop, and now that I am balancing writing, all the Sackett Street administrative work, and my family life, I can only teach once in a while. In those first six years of Sackett Street, when I was teaching all the workshops, eventually four nights a week, I thought all that work was mostly benefitting my students—those three-page critiques I wrote, and the hours I spent preparing for class, scribbling suggestions and praise (in multi-color highlighter no less) all over my students’ work. Now, I can’t imagine that any of my students benefitted more than I did.

As I mentioned above, I posted that first Craigslist ad in a difficult time after a big rejection, and it was the Sackett Street writers who helped me recover my confidence as a writer, and, to be honest, as a person. Witnessing my students’ relentless motivation, their passion for craft, their compassion for their fellow classmates, and the joy they experienced in the collective reading and analyzing of craft that can only happen in a tight-knit workshop community, revived me as a writer.

When I finally returned to full-time writing in 2011, I wrote my debut novel Cutting Teeth in nine months. I had learned how to write a novel from the dozens of novel-writing workshops I’d taught. When Cutting Teeth launched in May 2014, I was able to thank the Sackett Street writers in person (or at least some of them) when several hundred of them came to my launch party at Bookcourt. So I guess you could say that having a loyal community is also a plus.

Like most things, I think the answer is: It is all relative to what an individual writer needs in his or her life at that specific moment.

At least 40 Sackett Street writers head to MFA programs every fall, and for most of those writers, who are almost all relatively young, in their early to late twenties, the immersive full-time graduate program experience is the right choice. Then there are many talented and motivated writers who are also a great fit for graduate writing programs, but who cannot leave their careers, families, partners, etc., and schools like Sackett Street in NYC, Grub Street in Boston, Writing Workshops Los Angeles, Lighthouse Writers Workshop in Denver, The Loft in Minneapolis, Madison Writer’s Studio in Wisconsin—there are so many great programs spread across the country.

Although we are offering more intermediate level workshops than ever, our most popular classes are still our advanced fiction workshops (Fiction III) which are filled with writers who are either preparing to apply to MFA programs, have already earned their MFA degrees, and writers enrolling in consecutive workshops over several years (often with the same instructor or instructors).

These latter writers are crafting their own “alternative MFA” experience—taking advanced workshops, sometimes, two classes simultaneously, and often supplementing the classes with private consultations with our instructors. In a city like NYC, where there are dozens of free literary events—readings, lectures and panels—every night, a writer has more inspiration than he or she can imagine.

I am so grateful to be able to live what I love, and even more so, work at what I love. But it is a lot of work. Because we are still a small organization—not a nonprofit receiving grants or a large corporation with a big staff—I am the sole administrator. We will add online classes next year and will take on a few additional staff members to manage that, but I hope that I can continue to read and respond to every application personally. This attention to workshop composition, to creating classes where students with similar levels of skill and experience are working toward the same goals, is why we have so many writers returning year after year, making Sackett Street their “MFA alternative,” so to speak.

When I first started Sackett Street, I was the only instructor and never dreamt I’d hire a single additional instructor, no less 63, so the foundation of Sackett Street’s teaching method is based on what I hoped was the best workshop I, personally, could offer students.

Because I had just finished earning my MFA degree, I was in the process of accepting, and shedding, the mass of information I’d absorbed in those two years of graduate school. I incorporated the best experiences I’d had working with my teachers at the Iowa Writer’s Workshop into Sackett Street’s “Workshopping Guidelines,” which we still use in all our classes today. I had worked with Ethan Canin at Iowa, and the craft-focused structure of his workshop—broken up into discussions of structure, character and language—shaped my own Sackett Street workshops. From Marilynne Robinson, I borrowed the importance of having compassion for your characters, from Lan Samantha Chang, the analysis of structure in novel writing, from Francine Prose the essential ability to read at the sentence level…

There were also aspects of my previous workshopping experiences I knew had no place at Sackett Street. We expect a lot from Sackett Street writers—just as much as they expect from their instructors—and this means no lazy reading and/or critiquing. If there’s one thing I believe in, it is that writers develop fastest and most fully through craft-focused reading. In other words, the more thought and time a student puts into the critique of his or her classmates’ work, the more he or she benefits. Our goal is to make confident writers, but, maybe even more importantly, confident readers and revisers.

We really are a community at Sackett Street. The workshops at Sackett Street, like the readings we hold to celebrate Sackett Street writers’ newly published work, often feel like family events. Of course, we are so busy analyzing the technique of craft, taking writing (and, occasionally, ourselves) seriously, so it feels more like hard work than any kind of feel-good sharing. But I see writers leaving workshop, or our readings at Bookcourt, feeling inspired, buzzing with ideas, motivated to go home and write. And nothing is more important than the writing.

Much of what writers do is solitary—writers spend only a few hours in workshop and many hours alone in imaginary worlds with imaginary people. Each of us needs a strong sense of self-reliance in those moments we are called on to be our own editors, cheerleaders, and mentors. I know the confidence needed to create that self-reliance can be found in a community. I’ve seen it happen again and again in workshop, and I hope it never ceases to amaze me. 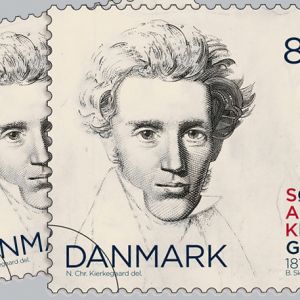 Against lousy Holocaust novels (and in praise of the unsung masterpiece we have to blame for them). | Literary Hub Elizabeth...
© LitHub
Back to top