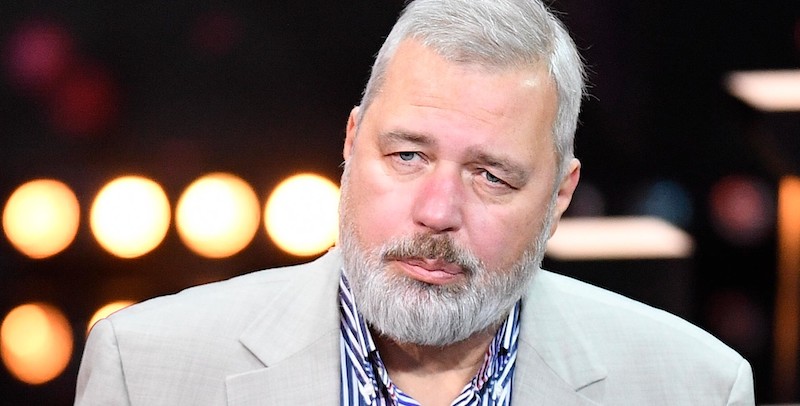 Russian journalist sells Nobel medal in heroic f*ck you to the Putin Regime.

It was always pretty apparent that Russian journalist Dmitri A. Muratov is not particularly concerned with state authority, and is willing to put his life in harm’s way in defense of the truth. A stalwart of Russia’s perpetually embattled independent press, Muratov was awarded the 2021 Nobel Peace Prize for his work as editor in chief of Novaya Gazeta, which, incidentally, stopped publishing in March as the Kremlin clamped down on press freedoms. Per the Nobel Prize site:

Under Mr Muratov’s leadership, Novaya Gazeta has criticized the Russian authorities for corruption, electoral fraud and human rights violations. Six of the newspaper’s journalists have been murdered because they wrote critical articles on Russian military operations in Chechnya and the Caucasus. The best known of them is Anna Politkovskaya. As editor-in-chief Mr Muratov has on several occasions criticized Russia’s annexation of Crimea in 2014 and the government’s use of military force, both in and outside Russia.

In explaining his reasoning for selling the medal, which went for a record-setting $103.5 million, Muratov said

We hope that this will serve as an example for other people like a flash mob, for other people to auction their valuable possessions, their heirlooms, to help refugees, Ukrainian refugees around the world.

The money from the auction will go to help Ukrainian children (and their families) who’ve been impacted by Russia’s invasion of Ukraine.

We salute you, Dmitri A. Muratov.