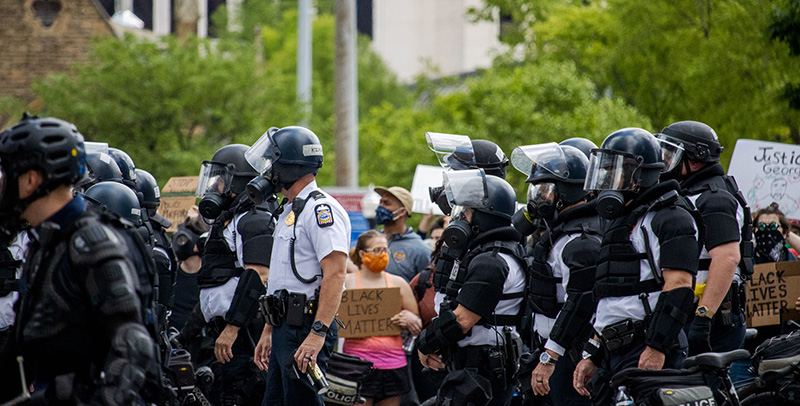 Robin Hauser: How Do We Address Bias Now?

On today’s episode, Robin Hauser, award-winning filmmaker, discusses why we shouldn’t be surprised by the current moment.

Andrew Keen: If you had your way with re-educating the police force and where we might begin, given that this current crisis was triggered by the criminal behavior of the police, where would you start? How do you address bias with white male police officers?

Robin Hauser: Well, let’s just start from the fact that bias is a survival heuristic. This is something that we inherited from our ancestors. Back in the days when we needed to be suspicious of people or things that were different than us, we lived in extremely segregated societies and tribes and survival was dependent on us being careful of anybody that didn’t look like us or act like us. So obviously, that doesn’t serve us very well in the modern world. Now as we try to live in less segregated societies—we all know that we’re still somewhat segregated—that type of unconscious bias doesn’t really serve us. In fact, it can really harm us.

We learn from experience as human beings. We learn from every single experience we take in. The problem with that is when we make assumptions or calculations based on a past experience, we assume that that means that the outcome of the next experience is going to be exactly the same. So, for instance, if we pull over somebody who is a black person in a car and that person happens to have a gun, and it’s a dangerous situation, that does not give the police officer the right to make the assumption that that exact thing is going to happen when he or she pulls over a black person the next time. So what we’re asking our police force to do, basically, is to erase any sort of knowledge that they have or bias that they have gained from past experiences.

If we ask any human to do that, it’s difficult to do. If we tripped over a curb, the next time we walk over the curb we’re going to be a little bit more careful. At the same time, police officers and law enforcement are the only people in our society that we give the right to take away life. Therefore, we need to hold law enforcement incredibly accountable for their actions. So I’m not defending the police force. I do think it’s important. We need we need law in our society, of course. I’m just saying that asking anybody to forget and to not learn from past experience is something that is very difficult to do.

Robin Hauser is the director and producer of cause-based documentary films at Finish Line Features, LLC and Unleashed Productions, Inc. Robin’s most recent award-winning film, Code: Debugging the Gender Gap, premiered at Tribeca Film Festival 2015, and has caught the attention of the international tech industry and of policymakers in Washington, DC and abroad. Robin is currently directing and producing Bias, a documentary about unconscious bias and how it affects the ways we hire, promote and fund. Previously, Robin co-directed and produced the documentary feature, Running for Jim, which won 14 awards at 20 film festivals.