On today’s episode, Marcy and Jennie talk with co-authors of the book I’m Not Dying With You Tonight, Kimberly Jones and Gilly Segal, about their book and about Kimberly’s viral video, “How Can We Win.”

Kimberly Jones: When you see an elderly man get pushed to the ground and he’s bleeding from his head, and people are walking over him like they are not concerned and then spin doctor it and lie, even though it’s all on video. They’re trying to say he tripped, but it’s like, we just watched you push him down.

Gilly Segal: The depth of the lies being brought to the light now is profound and impactful.

Marcy Cornell: And impossible to ignore. I think a lot of people would like to turn a blind eye to it, but it’s becoming literally impossible.

Kimberly Jones: They crack the man’s head open and then stepped over him.

Jennie Law: And that is disgusting, but I feel like we’ve been seeing worse so much worse perpetrated on people of color for years and years, and that has not had the same impact.

Marcy Cornell: And I think it’s helpful, too, because the more extreme examples, people who are kind of in denial about the brutality of the police right now or people who are racist but who don’t admit or believe that they’re racist, they can say, oh, I would never do that, right? It’s easy to push that idea back in your head and be like, no, that’s too much. That would never happen. But if you see somebody get shoved down in the street, you can be like, oh,I could see how that would happen to me. Or I can’t say for sure that I wouldn’t do that in that situation if all of the people that I was with in my training said keep going. It puts enough of a doubt in people’s minds about their behavior or the behavior of the people around them that they can actually create a little crack for a question to come in.

What Could It Look Like to Construct a New Narrative Within the Art World?

Robin Hauser: How Do We Address Bias Now? 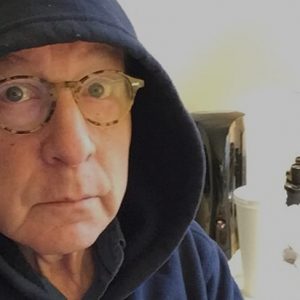 What Could It Look Like to Construct a New Narrative Within the Art World?