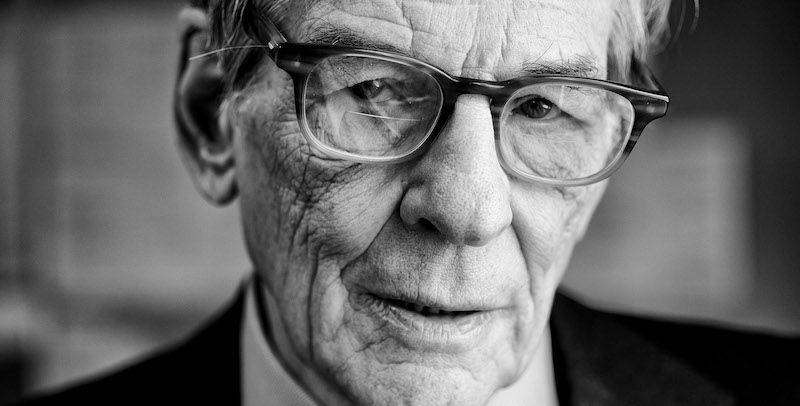 Robert Caro’s many, many papers have found a home in New York.

When I think of Robert Caro, the 84-year-old author and journalist best-known for his monumental biographies of urban planner Robert Moses (nearly 1,200-pages long) and President Lyndon Johnson (about 3,500-pages and counting), I’m reminded of a line from Italo Calvino’s If on a winter’s night a traveler: “You hope always to encounter true newness, which, having been new once, will continue to be so.”

There have been few biographers in the 20th or 21st centuries as acclaimed, prolific, meticulous, and diligent as Caro. Since the 1970s, when he began researching for a planned three-part biography of LBJ that ultimately needed two more volumes, he’s been on a mission to gather every conceivable detail about this president’s life and career, discovering him anew in the most unlikely places.

Caro has won just about every major American award a biographer can receive and, as The New York Times reported, his massive collection of papers—measuring 200 linear feet—will now be housed as part of a permanent exhibition at the New-York Historical Society. The Caro papers—comprised of research notes, project drafts, correspondence and more—will constitute one of the Historical Society’s biggest collections from a single person.

While Caro is protective of works-in-progress, he’s been eager for the public to see exactly how he went about his research and writing across decades. Times reporter Jennifer Schuessler dropped by Caro’s Manhattan office, describing it as a place filled with “hulking filing cabinets, piles of heavily scribbled-on legal pads and … a wooden box holding typed pages of the eagerly awaited final Johnson volume.” (Schuessler noted that Caro was somewhere in the 600-page range at the time of her visit.)

At a time when archives are being digitized more than ever before, Caro’s steady, traditional approach to the craft is astonishing. He has a closet full of old typewriters and doesn’t use a tape recorder for interviews. He posts the typed pages of his book outlines on cork boards and writes his first drafts on legal pads.

Longhand has never gone completely out of fashion, of course, but considering the scale of Caro’s work, it seems like an impossible feat. Did I mention that he’s also planning his memoir?

“I want people to be able to see how I gather my material and how I turn it into books, how I write,” Caro told the Times. “In my opinion, the quality of the prose is just as important in nonfiction as in fiction.”