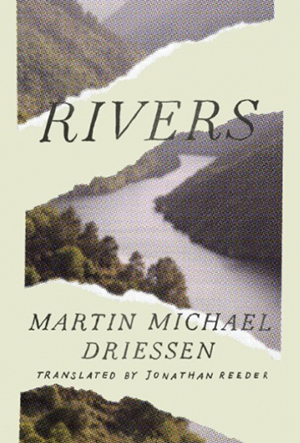 “If you have to drink, then do it someplace where it won’t bother anyone,” his wife had said.

“If you have to drink, then do it now,” his agent had said. “Your Banquo rehearsals don’t start until September.”

“Sure, you can borrow my canoe and tent,” his son had said, “but I’m not going out on that river with you.

Is the point of this trip to drink yourself to death?”

It had rained nonstop the past few days, and the water level in Sainte-Menehould was uncommonly high for July. At dinner in Le Cheval Rouge, he drank wine; on his hotel bed, whiskey from the bottle he’d cracked open on the drive down from Brussels. He’d go alone, then. He knew that alcohol made him aggressive, and that others steered clear of him. In that regard, by now he had the forbearance of a leper. What held him back, he considered as he topped up the plastic bathroom cup with whiskey, was his rock-solid resolve. If he were

to swear never to drink another drop, he would stick to it. Otherwise he would lose all self-respect, and it would be his downfall. He’d never be able to look himself in the mirror again if he broke a vow like that. So he had to weigh things up carefully before committing himself, because he’d be stuck with it for the rest of his life.

“You are an alcoholic,” the doctor had said. “In your case, moderate drinking is not an option. You’ll have to give it up altogether.”

I’ll think about that on the river, he thought. The bottle in my backpack might be the last one I’ll ever drink. Say I make that decision. Marriage saved. Filial respect restored. Career at the National Theater stabilized.

For ten years you’ll look ten years younger, you might still have a shot at playing Hamlet. The bottle on the nightstand was nearly empty, but the one in his backpack was for the river. That, and a sedative and a half, should just about do it.

Do you really want to quit drinking? he thought as he lit a cigarette. It’s not happiness, but it sure does feel like it. More than anything else you know.

The quay was flooded, and there was barely enough room to float under the first bridge. He pushed off. Sainte-Menehould was as sleepy as he was, this Sunday morning. The town was deserted. He paddled the canoe to the middle of the stream and crouched under the bridge’s middle arch. When on the other side, he glided into the light and righted himself, and the rusty shutters of a house on the left bank opened. Three dark,

wiry-haired girls appeared and waved excitedly. He waved back.

The canoe maneuvered well, only the bow stuck up too much, even though he’d stowed all the baggage up front. It was a long, aluminum one—too big, actually, for a man on his own. It had been a present for his son on his sixteenth birthday. That summer they traveled down the Loire together, a big chunk of it at least, past Chambord and the other famous château. That was after the promising first rehearsals for Don Carlos. Later, he’d lost his part for punching the assistant director, which even to this day he did not regret. A person without respect understands nothing of the theater.

“After this morning’s coffee, he couldn’t imagine ever needing alcohol again. He couldn’t even recall why he had needed it in the first place.”

Now the river flowed through overhanging trees and bushes, as it would for another few dozen kilometers, at least according to the prewar canoeing guide he had consulted the previous evening. The Aisne, he had read, is an amiable river, which winds its way in countless meanders through the charming northern French countryside. Except for incidental tree blockages, one should encounter no major difficulties whatsoever until the large barrage at Autry. All the better, he thought, I’ve got major difficulties enough.

It was still. The trees, with their balls of mistletoe, stood out against the pearl-gray morning sky. Muskrats splashed into the stream and dove underwater, as though startled by the appearance of the canoe. Swallows scattered from their

nest-holes in the high, crumbling loam shores of the stream’s outer banks in search of safety. La France profonde, he thought as he kept his course with gentle strokes. What more do you want?

After this morning’s coffee, he couldn’t imagine ever needing alcohol again. He couldn’t even recall why he had needed it in the first place. He paddled around islands of lily pads, occasionally choosing to pass a gravel bank on either the left side or the right, but in fact the water did all the work. In the distance a church steeple came into view, but the name of the village didn’t really interest him. It was getting warm; he took off his sweater. Another few kilometers and he’d stop for a rest. He would leave the whiskey in the backpack, but there was always that wine. The spot where he decided to pull ashore early that afternoon was an unfortunate choice: he sank up to his calves in mire and had to drag the canoe by its painter line through muck and cow dung. But he was suddenly tired and thirsty. It was a screw-cap bottle. The wine was lukewarm. He stretched out on the grass. He heard the rumble of traffic, and when he turned onto his side, he could see cars driving along a road at the foot of a row of hills. The spot was poorly chosen indeed, especially considering he had spent hours drifting through virtually pristine landscape. But he

was thirsty, and put the bottle back to his lips. Just some supermarket Merlot, low alcohol, surely.

“Thou shalt get kings, though thou be none,” he mumbled as he returned to the canoe half an hour later, and was sucked so deep into the mud that his sandals got stuck and he had to bend down to pull them out. Banquo was not a big role. He’d carry it off impressively, even if the young Polish director turned out to be an idiot. That they didn’t dare cast him as Macbeth, he could understand. Even though that would have been the role of his life. He rinsed off the sandals, climbed into his canoe, and pushed off.

He was relieved to feel the current once again carry him along, around the next bend, into the shade of another patch of woods. The traffic noise soon died out. The slender Aisne flowed evenly and gracefully, bend by bend, under low-hanging branches that he occasionally parried with his paddle, like in an onstage swordfight. A kingfisher darted from shrub to shrub.

As the day wore on, he became drowsier and drank the rest of the Merlot as a pick-me-up. He felt that

canoeing came easy to him; some things, like swimming, horseback riding, and lovemaking, you never forget. Even though he hadn’t done these things in years. He did not stay midstream, but rather followed the current’s swiftest course, which usually hugged the outside curves. He watched the sun: now to his left, now to his right, such were the river’s wild meanders.

A fallen tree blocked his way. He tried back-paddling, but by then he was too close. The right bank, where the uprooted tree had once stood, was not an option, as the trunk lay too low above the water’s surface to pass underneath it. The smashed crown rested on the opposite bank, but that still looked like his best chance.

“In the great hand of God I stand!” he shouted, gathering as much speed as he could and steering straight into the mass of branches and leaves. He got snagged, the canoe turned sideways at right angles to the current, an unexpectedly strong current, now that his upper half was stuck in the leaves; he leaned over, the canoe tipped to the larboard, and water gushed into the boat. He threw down the paddle, grasped at branches and twigs, and pulled himself with all his might deeper into the foliage.

“Damn’d be him that first cries: ‘Hold, enough!’” he bellowed, although that wasn’t one of Banquo’s lines, but Macbeth’s. Branches scraped his face, his anorak tore, and the front of the canoe was completely out of view, but he had regained control. The bow now pointed straight ahead again. He leaned forward and took hold of a large branch so as to pull himself farther downstream, but the canoe was still stuck. He stood halfway up and began rocking back and forth. Creaking and squeaking, the boat inched forward. When he felt he was nearly there, he sat back down. He made one, two more rocking motions, and the canoe broke loose and glided into the sunlight. He noticed blood on his hand, and wiped his face. A scar might well suit Banquo. He picked up the paddle and resumed his course. Torn-off leaves and twigs were strewn around his feet and the tarpaulin covering his gear.

The woods had passed, the Aisne now meandered through a landscape of open meadows, and an escort of exuberant heifers galloped along the high-lying banks with him. An unseen lark warbled jubilantly. The world seemed to him far more beautiful and rich on this side of the barrier than behind it.

Goddam, he thought. Goddam, my son couldn’t have pulled this off.

From Rivers. Used with permission of AmazonCrossing. Copyright © 2018 by Martin Michael Driessen. 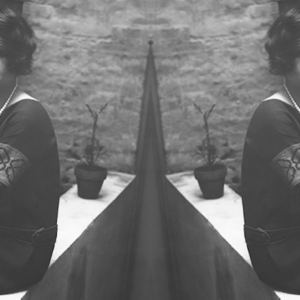