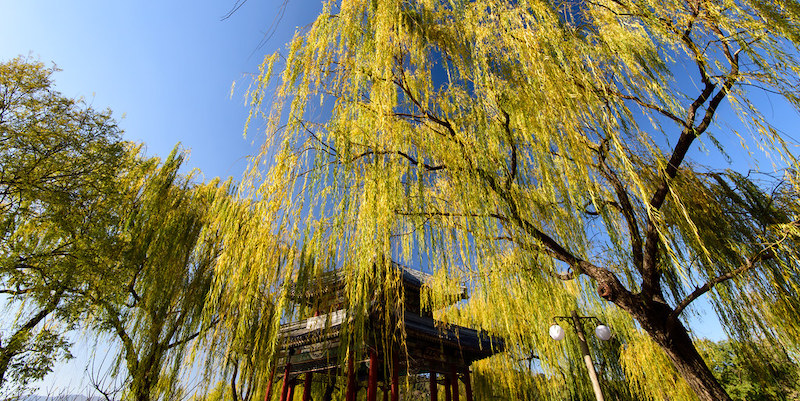 Riverbankhungrydeerwillow: How We Give Names to Nature

At a place where the stream makes a long wide arc and the forest that surrounds it opens onto a meadow of wild grasses, the willow grows, a solitary figure on the riverbank. The tree has an unusual curve to its trunk and a lopsided pageboy cleanliness to the way its slender branches droop toward the ground. People say it is a willow, but over the months and years that I have spent visiting the tree, I have come to realize that, in fact, its name is not Willow as I first thought. No, things are not that simple.

To begin with, there is that strange bend to its trunk. The tree grows at the top of the bank about hip high above the river. It grows outward from the soil toward the river then curves skyward. What happened to cause that shape is that over the decades, each time the floodwaters rose and the river chewed away at the bank below the tree, the footing of the willow would loosen a bit and it would lean out just a little toward the river. Then for the next few years it would grow straight up again, reaching for the sky. The next flood came and it leaned again then grew straight in the ensuing calm. This, repeated countless times, caused the base of the trunk to grow in a curve.

No other willow tree I have seen anywhere has this particular shape, so I think to properly call things as they are, this tree should really be called Riverbankwillow. It is not Forestwillow, growing lanky and tall between other trees, or Windyplainwillow, with its entire form canted away from the direction the wind comes from, or even Citystreetwillow, its branches pollarded back to gnarly stubs each year. No, it is none of those. This tree is Riverbankwillow.

The next thing that stands out about this tree, this particular tree, is that strange pageboy haircut. One winter, when the snow was deep and soft, I happened to pass by while skiing cross country and found a herd of deer surrounding the tree in a half circle like supplicants before an altar. They were nibbling off the tender ends of the willow branches. Right up to the height to which their pliant necks would let them reach, the willow was gradually being extinguished. When they left, the tree had a nice new haircut, but only on the meadowside of the tree. The riverside still hung long and luxurious toward the icefringed water. It is a style and shape that I have never seen in any other willow anywhere and made me realize that the tree has yet another, more descriptive name. Riverbankhungrydeerwillow.

On a fine spring day when a haze of small flowers brightened the edges of the forest, I wandered along the riverbank, and, as I neared the place where the willow grows, from a distance I saw a fox kit bouncing and skittering below the tree. First one kit, then two, then a third. All rusty backs and white bellies, popping legs and quick tails, little black noses as if dabbed on to make them that much cuter. The mother appeared from the den she had dug underneath the willow and in a flash the kits were all over her. She nipped at them to drive them off and trotted away, disappearing into the bright green meadow grasses. When she returned, she had a rabbit in her jaws. At the mouth of the den, she proceeded to tear off pieces of furred meat and pass them to the kits.

When they were done eating, the kits fought over the bones for fun, and what was left over after that, I imagine, just rotted over time and returned to the soil. The blood and bones of the rabbit, the scat and piss of the kits and their mother, the fur they scraped off each other as they wrestled their days away, all of that eventually decomposed and trickled down into the soil to be absorbed by the roots of the willow. And that, too, is part of the tree. Riverbankhungrydeerfoxskulkwillow.

Understand that the object before you, whether it’s a tree on a bank of a river or one of the people in your life, is not a separate thing, but an amalgamation.

On my many trips past the willow, I saw many things, but there was one I never could see, even though I knew it was there. It was not invisible, simply hidden underground. The trunk of the willow swells where it reaches the soil and sends its shallow roots out in all directions. They can be seen bucking along beneath the surface. From there, smaller roots dive down into the soil and from them fork off a myriad of even smaller roots, continuing to split and fork until the individual lines are no thicker than a hair. But that is not where the tree ends. That is only where it begins.

There, where the roots have attenuated to the point at which they all but disappear, they merge with another life, a fungal net called mycelium. The mycelium spreads out, not just around the tree, but throughout the entire landscape in a living network. The fungus secretes enzymes into the soil, breaking down potential nutrients so they can be absorbed and, once absorbed, transmitted to all the plants touched by the network, including the willow. The link between woody plant and fungal network is so close and integral, it is like they are simply extensions of one another. Riverbankhungrydeerfoxskulkmyceliumwillow.

I tried to climb the willow one day, to get up high above the river and look down into it in hopes of spotting trout. The bark of the trunk felt dry and powdery, and when I looked closer, I saw many small holes where insects had bored under the bark. Probably snout beetles, I thought, a nemesis of the willow that is the cause of many a tree succumbing to heavy winds. Nothing to do about it, not out there in the forest in any case. I suppose the beetles have as much right to live as the willow, although from my selfish point of view, I’d prefer the willow any day. OK, I thought. Where are we now? Riverbankhungrydeerfoxskulkmyceliumsnoutbeetleborerwillow.

Summer came one year with a vengeance. I spent the night camping near the tree and, in the morning, did some fishing in the river. When noon rolled around, and the sun got too hot to bear, I lay down in the shade of the willow for a midday nap. A breeze nuzzled the threadlike branches until they swayed delightfully. Sunlight trickled through, turning into glittering rainbow starflakes. It is the sun, of course, that is responsible for all this. The tree I mean, if not everything else. It is the energy from those streaming photons of sunlight that underlies the growth of the tree, giving the chlorophyll in the leaves the power to split water and air and rebuild them as cellulose. It is the sun that is the mother at whose breast all plants suckle, including this lonely willow, so how could we not mention her in the name? Riverbankhungrydeerfoxskulkmyceliumsnout beetleborersunshinewillow.

In some cultures, around the world, an ancestor’s name is included in the name of a descendant. It can be as simple as Fredrickson—the son of Fredrick—or as complex as the baptismal name given to Pablo Picasso—Pablo Diego José Francisco de Paula Juan Nepomuceno Crispín Cipriano de la Santísima Trinidad María de los Remedios Alarcón y Herrera Ruiz Picasso—which includes the names of various saints and relatives. Now, there’s a name that tells you something about a person, that tells you where they come from, what they’re about.

Likewise, if you were to really want to call this willow by its proper name, a name that reflects where it comes from and all the many interconnections that have shaped it into what it is, for better or worse, all the things that have fed it and all those that are feeding on it, if you wanted to include all those in its name you would end up with something longer than Riverbankhungrydeerfoxskulkmyceliumsnoutbeetleborersun shinewillow. Much longer. By the time you said it, the tree would have long since grown old and died.

The botanical name of this willow is Salix babylonica. That has meaning too. Salix is the genus that means willow and derives from the Proto-Indo-European root salik. Babylonica, the species name, was given to the tree by Carl Linnaeus, father of modern taxonomy, back in 1736. He chose babylonica, which obviously refers to Babylon, because he thought that it was willows that were mentioned in the Bible as growing along the rivers of Babylon (although those trees were most likely to have been poplars). The name Salix babylonica is not without meaning, no, but the purpose of the name is to show how it is separate and unique from other trees. A weeping willow is not a pussy willow, so we have the two species Salix babylonica and Salix discolor. A willow is not an oak, so we have the two genera Salix and Quercus.

The purpose of all the names we give things is to separate them out from the pack, distinguish them from other things. It is an important and necessary step in using language to make sense of the world, and yet as a result of naming the things of the world in that way, we come to see the world as a collection of separate entities. We understand the world through the lens of differences rather than one of connections. If, instead, the names we gave things were more like Riverbankhungrydeerfoxskulkmyceliumsnoutbeetleborersun shinewillow, names that show not how things are different but how they are inextricably connected, then our entire worldview would shift.

A name like that is unwieldy. Agreed. You could never make small talk if every person and everything had a name like that, so I don’t expect a great rush toward giving names that reference all interconnections. But if I may suggest, just try doing this once or twice as a mental exercise. It forces you to see the world in a new way. To understand that the object before you, whether it’s a tree on a bank of a river or one of the people in your life, is not a separate thing, but an amalgamation. A confluence of streams, an aggregate of interactions. And you are part of that, too. 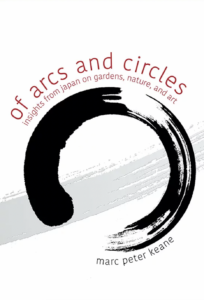 Marc Peter Keane, a landscape architect and a leading expert on Japanese garden design, focuses on gardens not only from an aesthetic point of view, but also (like poetry, sculpture and painting) as allegorical compositions. Over the past 20 years, he has designed and built numerous gardens for private residences, businesses and temples, and is the author of several books on Japanese garden design and aesthetics. He currently lives in Kyoto Japan. 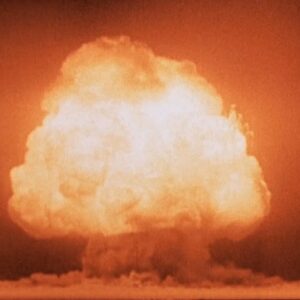