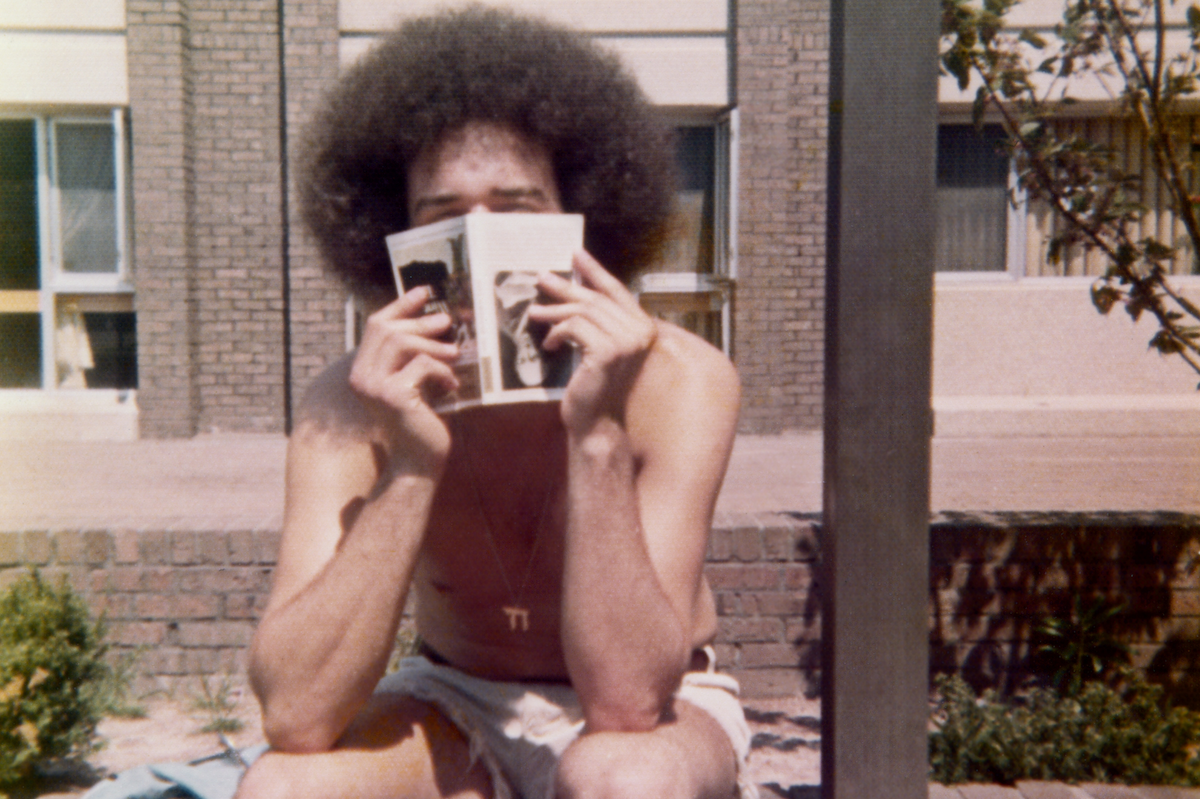 Rick Moody on How a Photograph Can Tell an Entire Story

via powerHouse Books
By Rick Moody

My wife, no stranger to photography workshops when young, is fond of recounting a tried-and-true bit of photo advice she heard at the Museum School in Boston, when she was an undergraduate. It goes like this: “Q: How do you take a good photograph? A: You take a photograph of some people and you put it in a drawer for thirty years. When you take it out of the drawer, you’ll have a good picture.”

The degree to which this is useful advice will be plain to anyone who has taken an interest in art photography over the years, in the way in which the contemporary, when aged properly, inevitably begins to acquire the intentionality of the thoughtfully curated, the insightful, and, often, the lastingly poignant. This is, I think, not deniable. (And fifty years is even better than thirty years, in terms of aging a photograph, assuming you’re willing to wait.)

But my wife’s good photographic advice also points in the direction of why writing and photography have come to appear more closely allied as media recently. It was never hard to point to Let Us Now Praise Famous Men by James Agee, or On Photography by Susan Sontag, or Camera Lucida by Roland Barthes, or, say, anything by W.G. Sebald, in order to see a relationship between a still image and the kind of expressive power that we associate with narrative activity. The shared terrain was there to see in these books. That the gesture has now become relatively common, in Claudia Rankine’s Citizen, or in Teju Cole’s work (Blindspot being an especially good example), only makes the facts of the case more apparent. 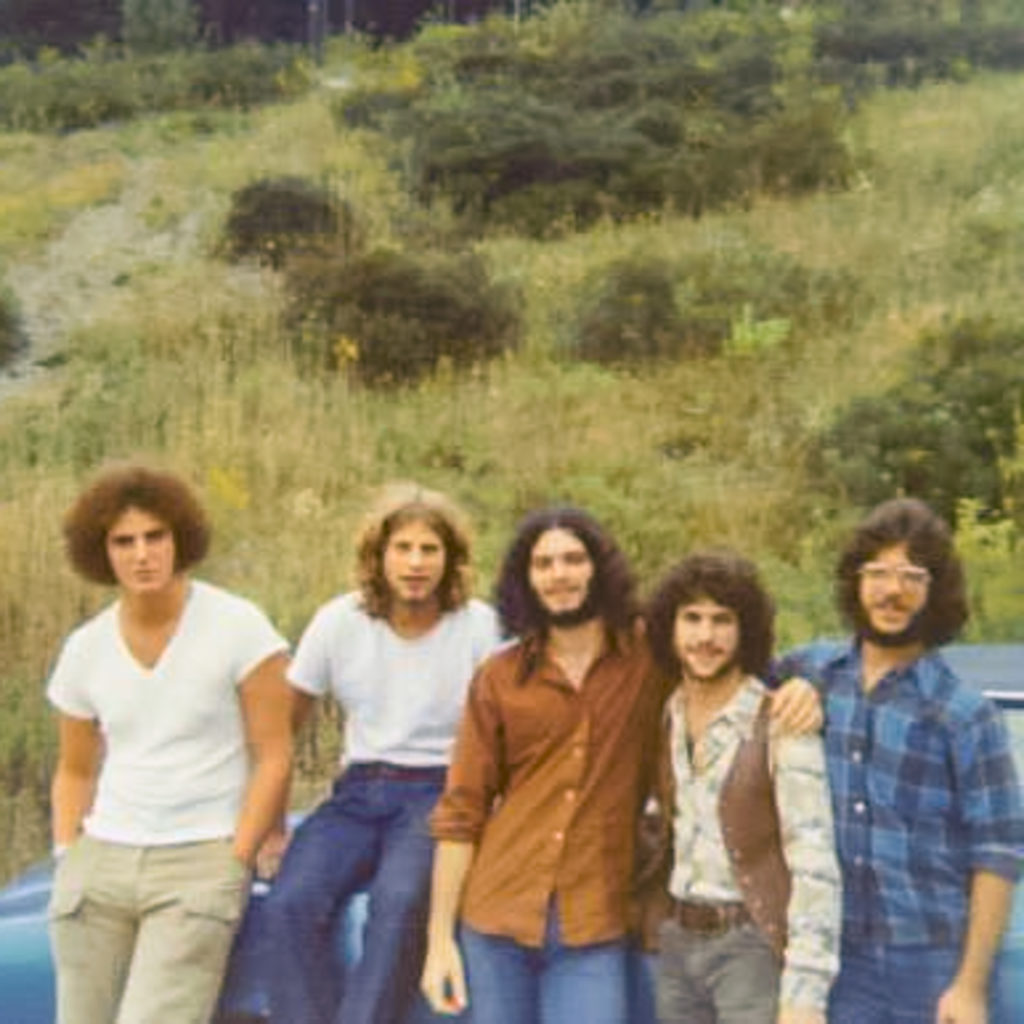 Time, I often say in writing workshops, is the sign above all others that story is taking place. Without time, there is no indication of what life is like beyond the instantaneous, and the life beyond the instantaneous is when you reckon with the verifiably human. When the photographic sequence begins to suggest how time operates in lives lived, then it’s very clear how allied are photographs with the word-based. Much more so than in the case of the cinematic moving image, which is a whole different business, still photography implies a highly subjective, carefully elucidated story of gaps, and wishes, and losses, and desires. Photographs, in their lacunae and their surfeiting, their metonymy, their allusion, their suggestiveness, their idiosyncrasies, are a lot like the best writing. (Maybe in some ways photographs are even better than writing.)

It will be obvious how Rick Schatzberg’s project entitled The Boys sits in this discussion. Not only does it have text, exactly like a literary work, but it abundantly deals with time, with the predations of time, the mercilessness of time, the effect of time on bodies (the ultimate containment vessel for time in a work of art), and the meaning of time with respect to photography as a living and evolving form.

The first thing Schatzberg had to do to make this book as heart-rending and poignant as it is was to amass throw-away photos of his friends, the boys in the title, in the seventies. Mere snapshots. There was, it should be clear, nothing innately memorable about these historical photos as photos at the moment they were taken.  They are photos of a group of friends of just the sort you might have taken yourself. They were taken as barely collectible documentations of a time, mementoes thereof. What I love about the early photos of The Boys, as Schatzberg’s crew call themselves, is exactly how unpretentious and routine they are. Of course, according to my wife’s advice about putting the photos in a drawer, these photos come radically alive, now, not only because of how much photo vocabulary has changed, but also because of how far away the 1970s seem to us. 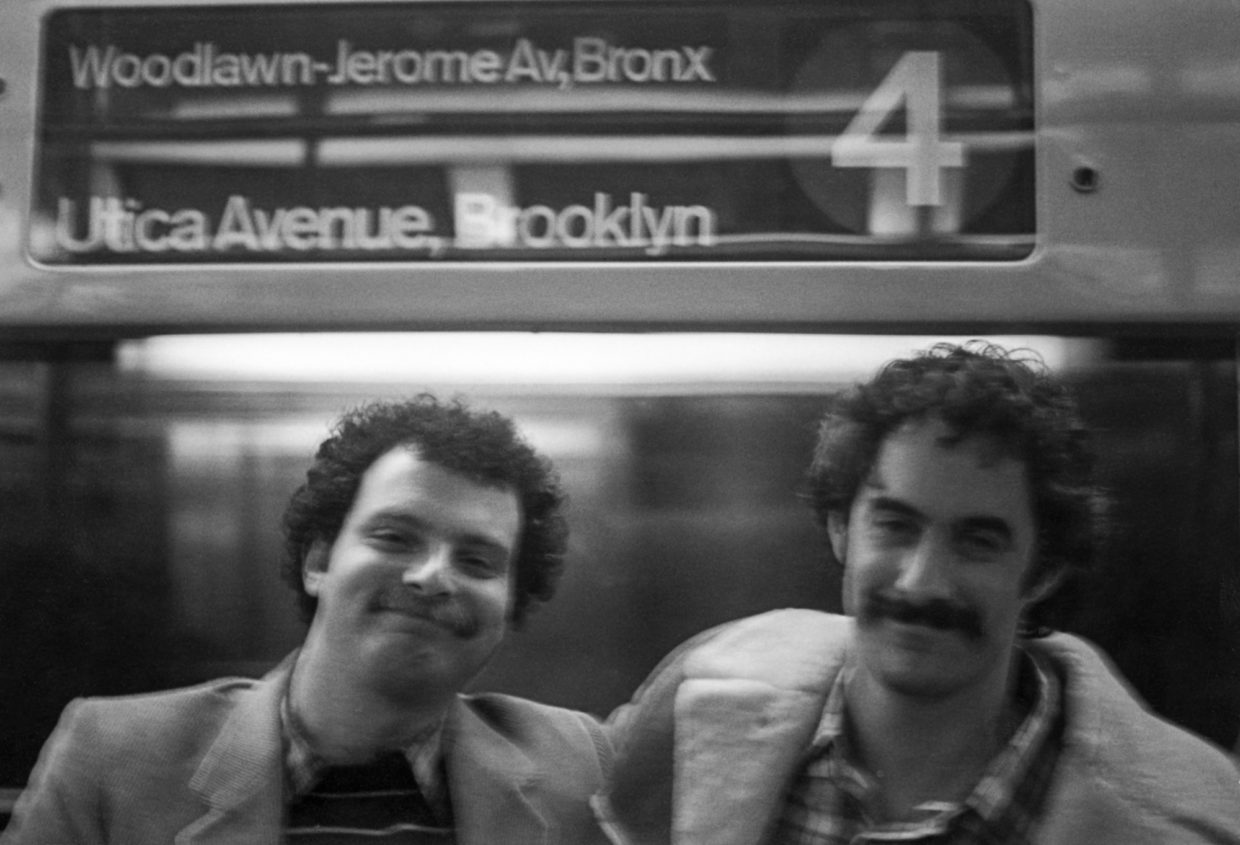 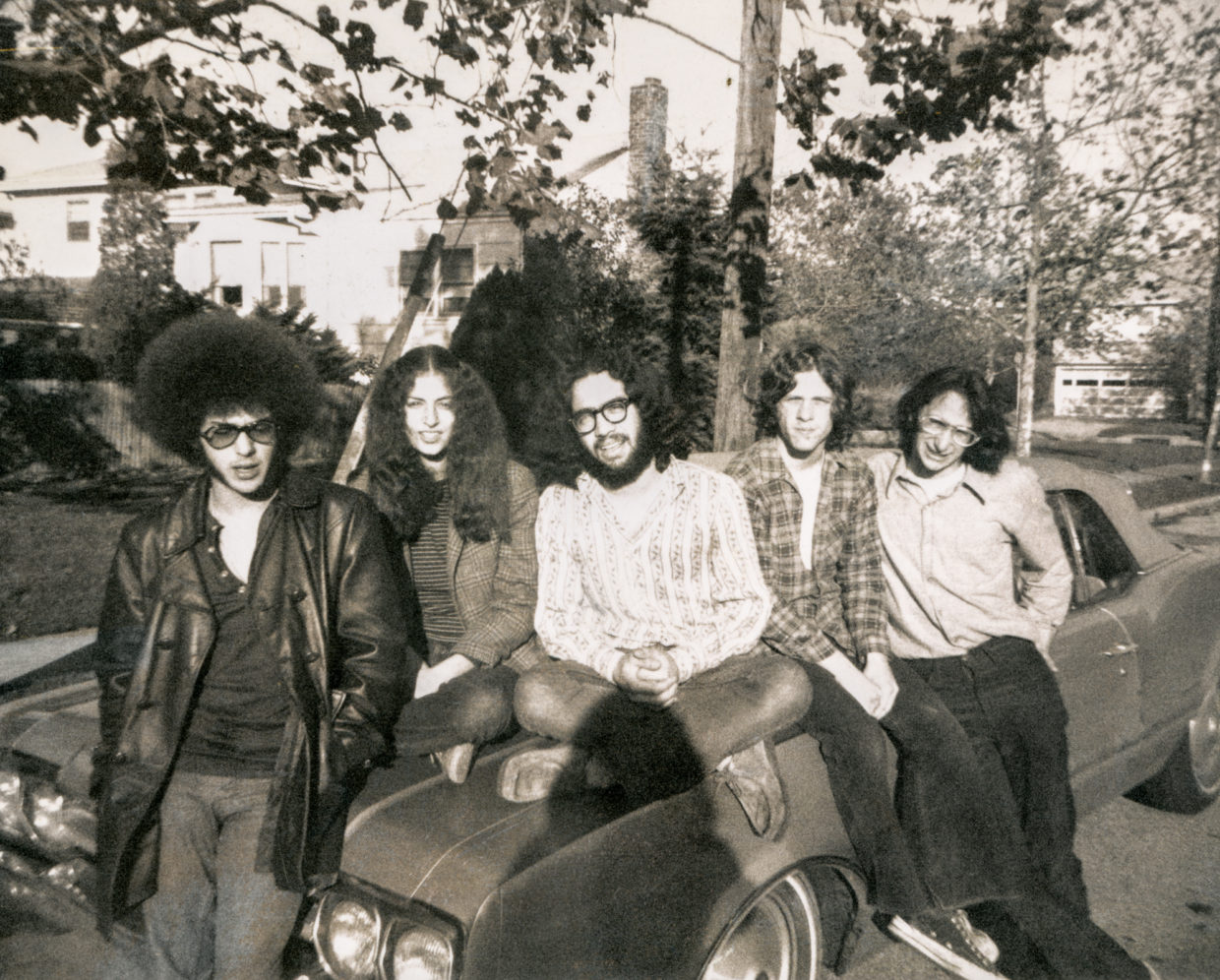 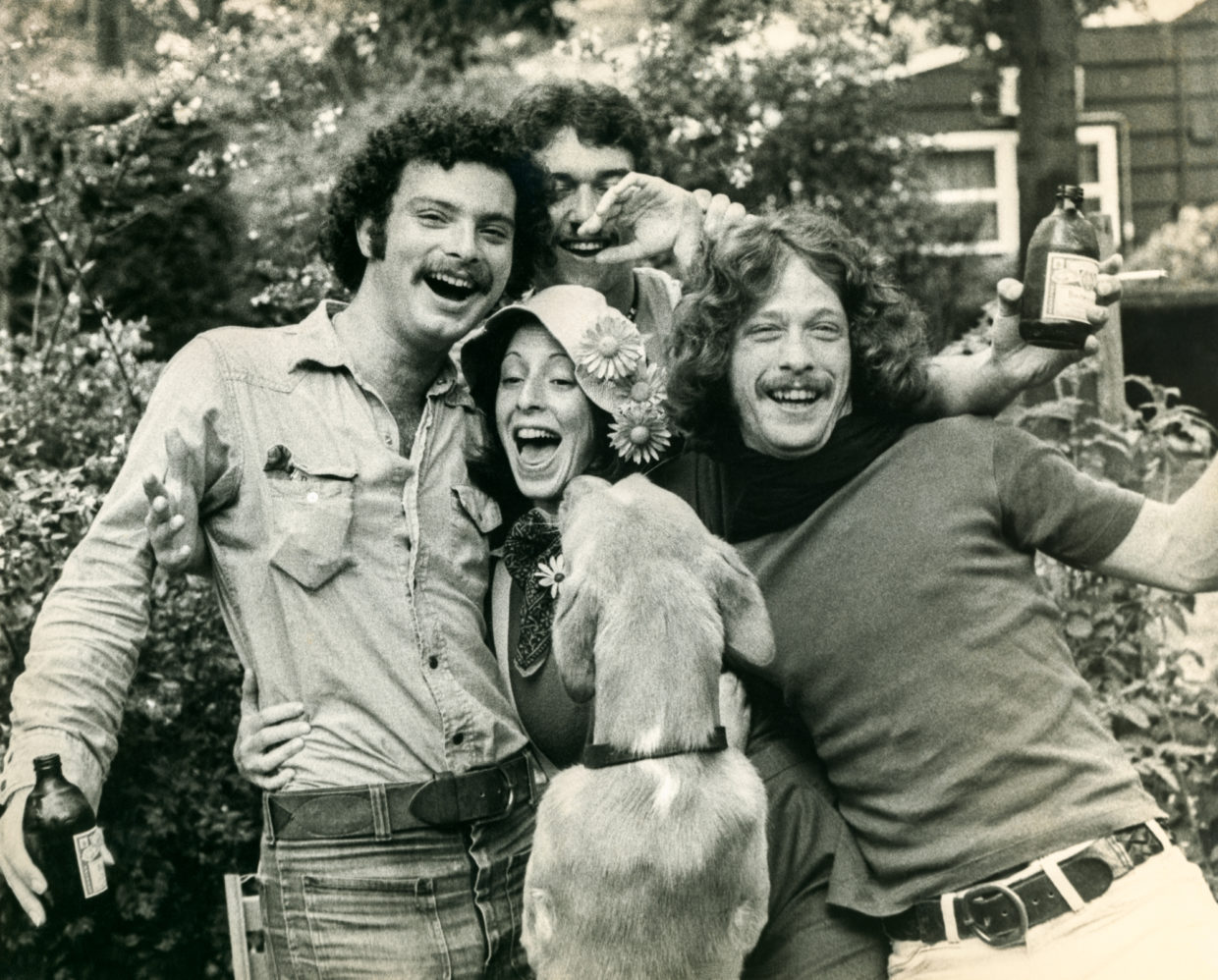 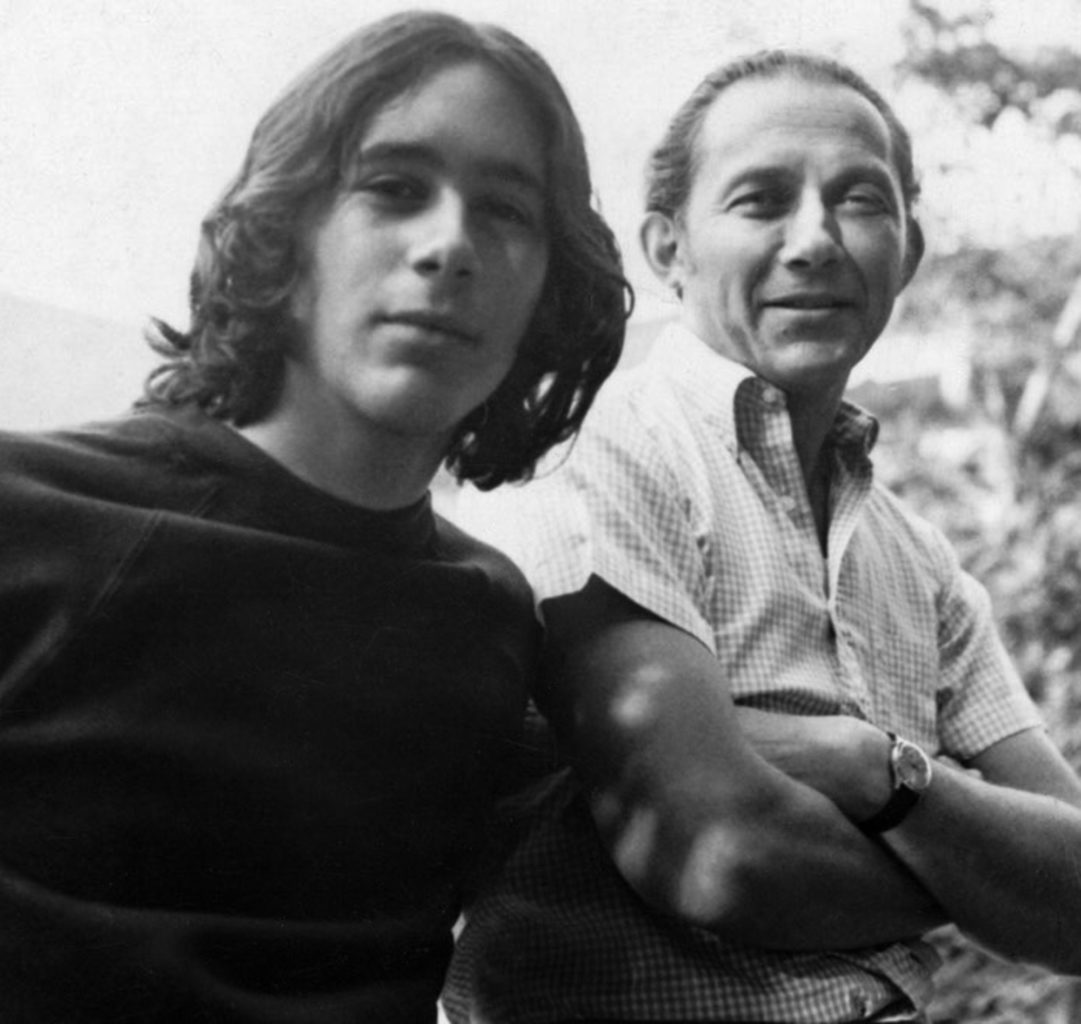 And yet Schatzberg’s book lifts off not in the act of curation, however great the meaningful preservation is, but in the portraits of The Boys (aestheticized, in large-format images) now. Knowing the middle aged body of the white man pretty well, I know not only how hard it was to try to get these bodies to look anything but harrowing, dissolute, poignant, human, but also how brave it was of these men to take their shirts off. If American culture is youth-oriented, and about glamor, and sexuality, and if the large-format image, with its chewy detail and richness, is more frequently a thing featuring beautiful people and expensive clothes, then Schatzberg’s loving portrayal here of The Boys now, is both risky and liable to be, for many audiences, at the limit of what is pictographically permitted. Photos designed for the male gaze can be more extreme than this (the patriarchy makes it so), photos for the purposes of social change can be more extreme than this (the tradition of the documentary art makes it so), but photos of creaky, decaying, older white men struggling for dignity are perhaps the hardest photos to look at now. There is no audience, in the strictest sense, for these images, if audience is determined by fashion or by the merchandising demographics of the present. 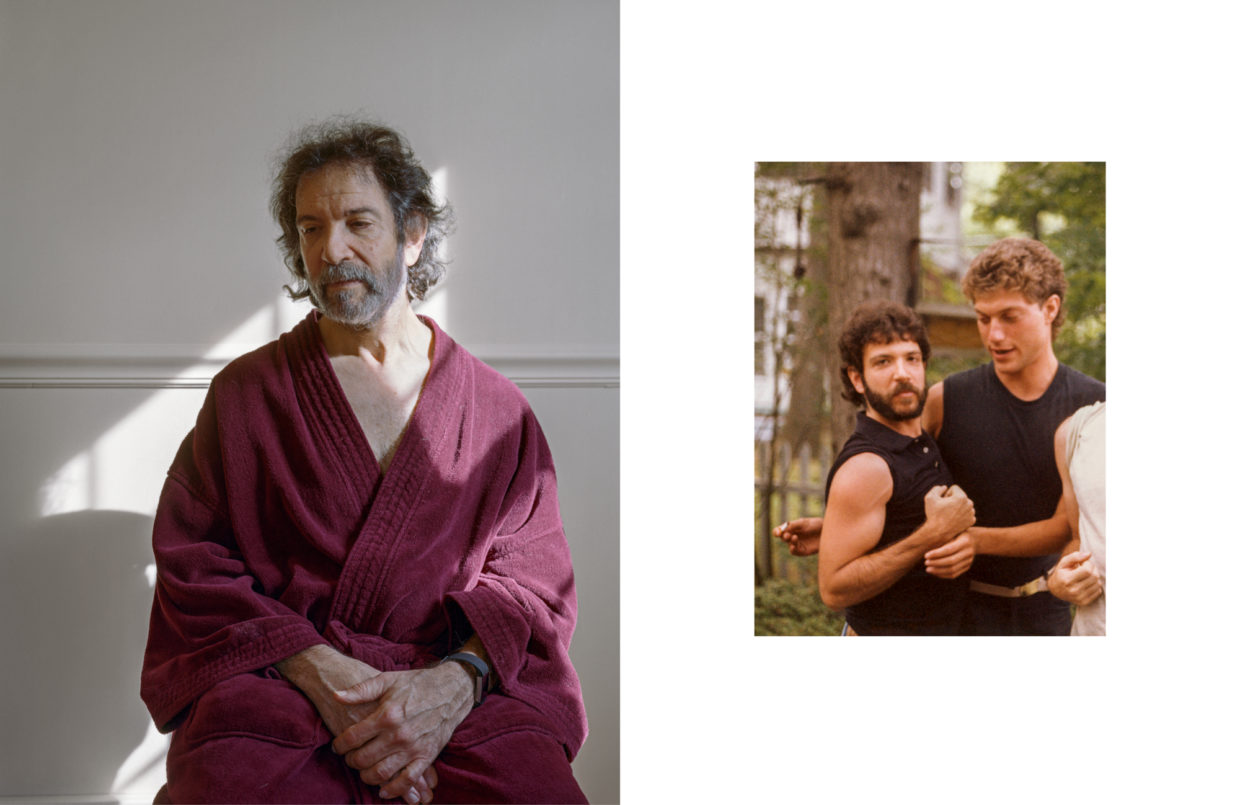 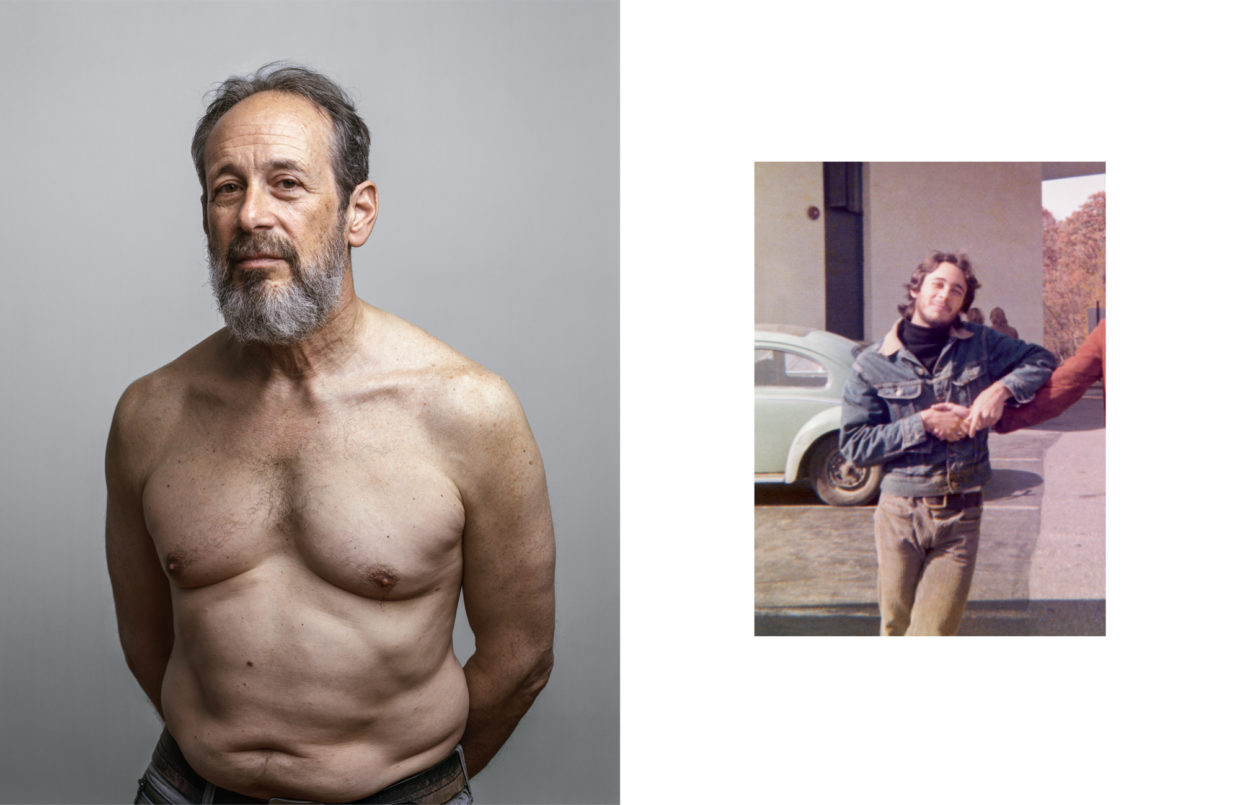 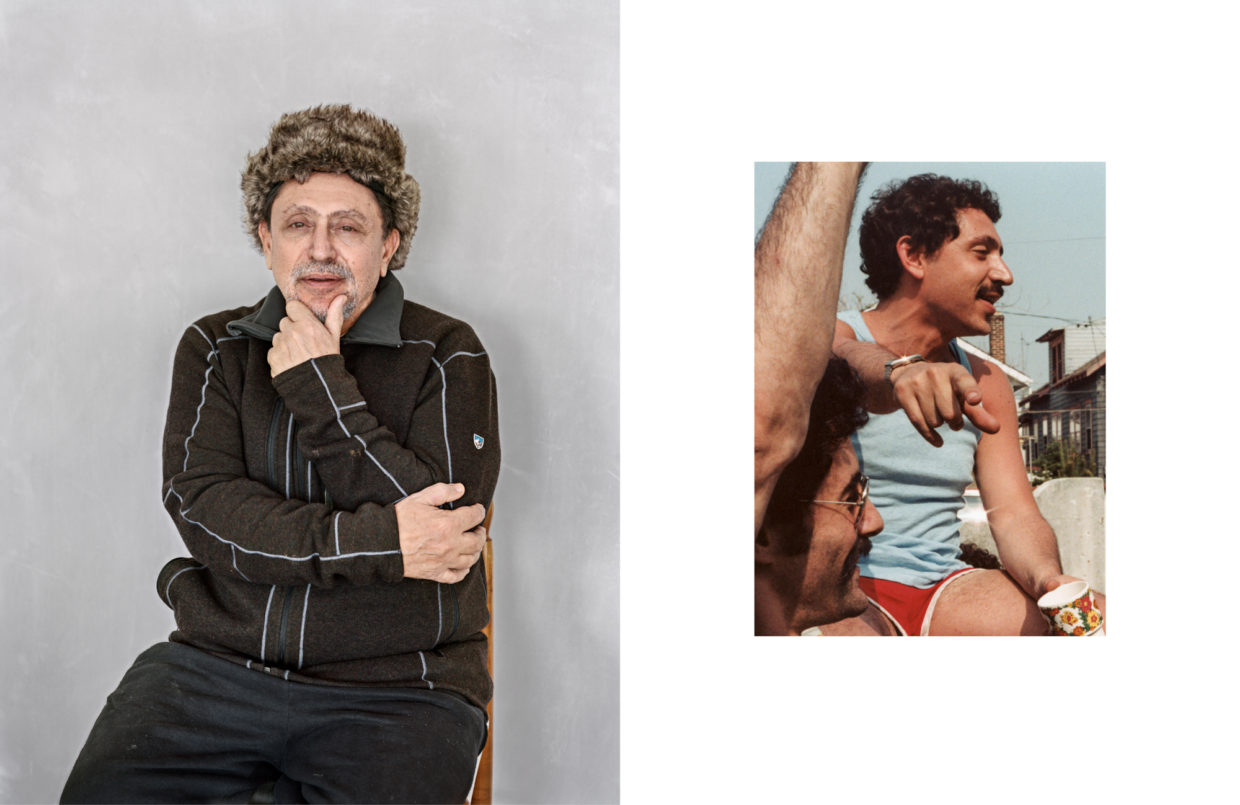 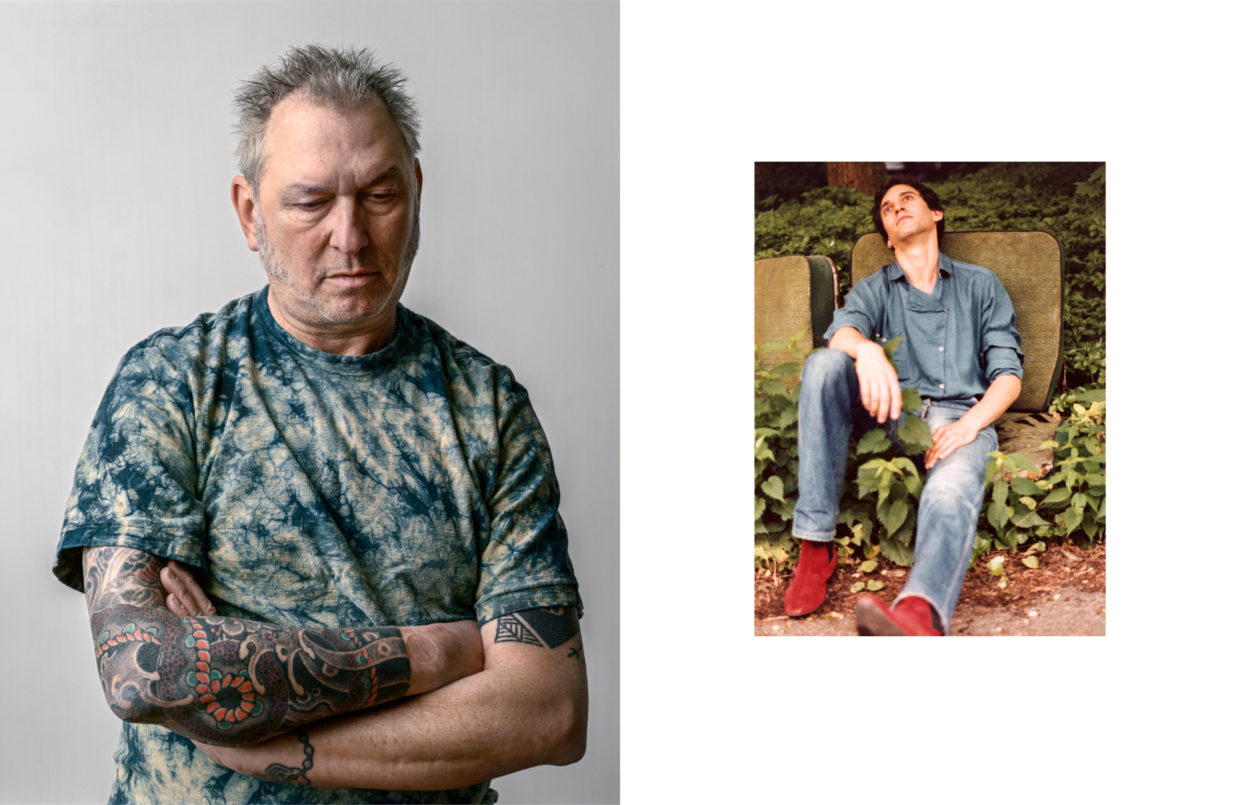 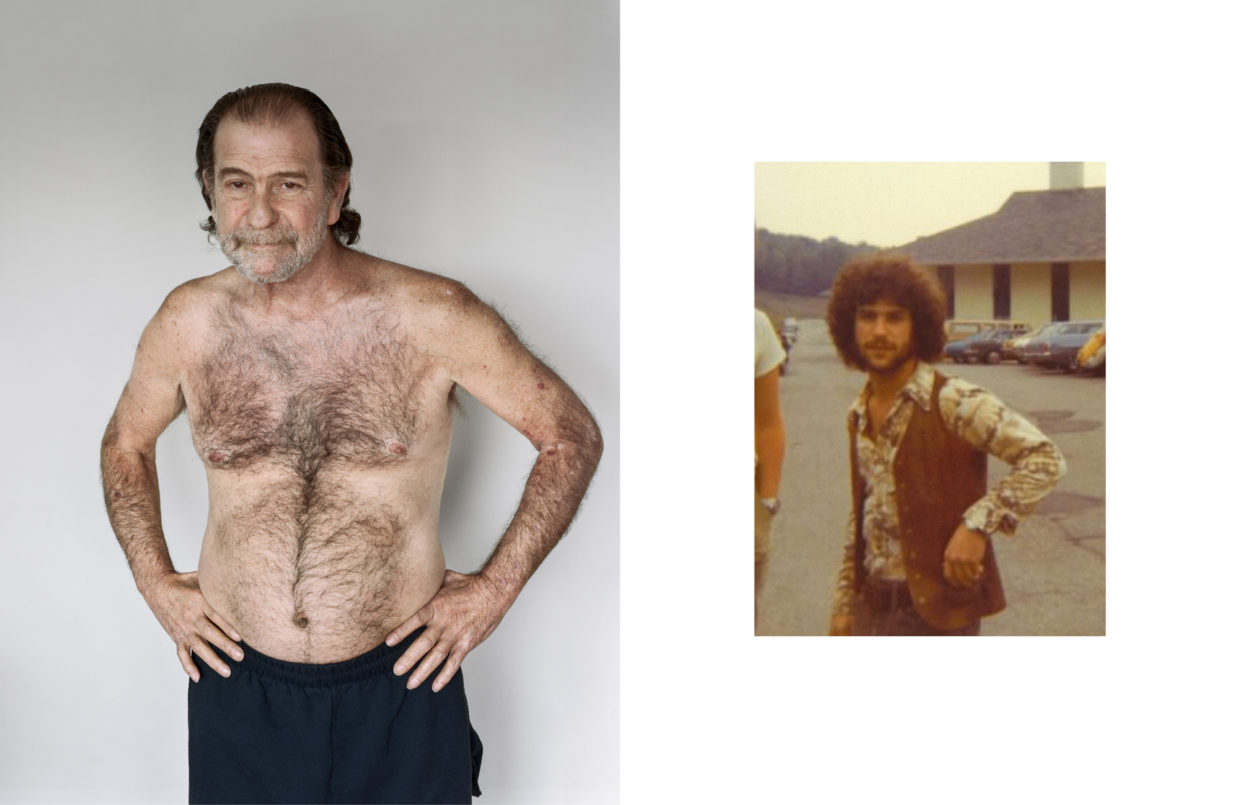 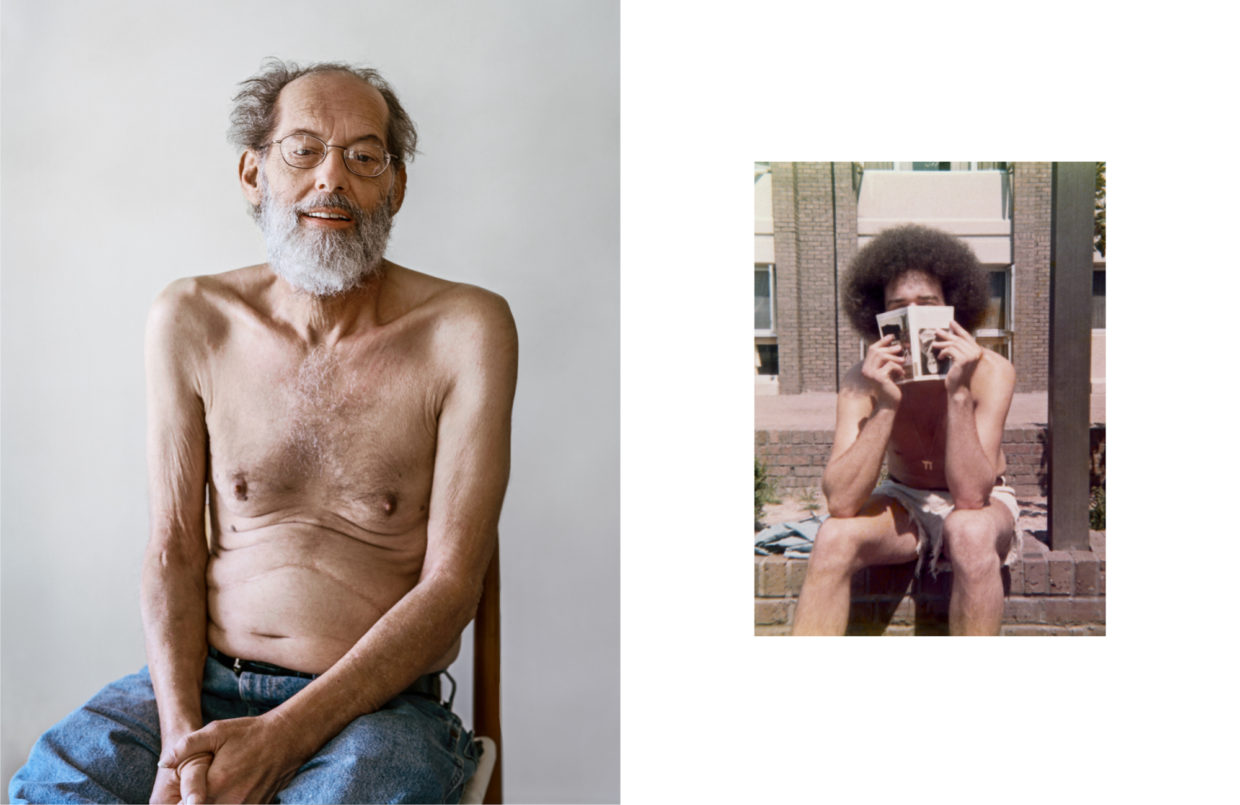 But that’s exactly what makes this book terribly affecting. The relationship of Schatzberg’s gaze to his subjects is never less than loving, never less than intimate, but it is also, fair to say, remorseless. In this, I think, the book tells us a lot about how one thinks about one’s own past.

The project is also telling us about, and forecasting about, death. Schatzberg’s moving text abundantly fills out the images with the stories of members of the crew who died before or during the project, and this he does with a very literary insight into the implications. He both grieves, and feels the frustration and hurt about the deaths of friends, even as the project hints at the possibility of its own elongation into the further diminishment of the constituents. A reckoning with Time, as German philosophy might say, is a reckoning with Non-Being, and in the same way that Mike Disfarmer’s photos build in a sense of what they will mean later on, Schatzberg’s intimate and honest photos of these men are not only about what they will mean now, but also about what they will mean later.  To live in this kind of expectation, the kind that speaks of the end-stages of aging in the midst of aging, is to be unflinching. Schatzberg’s sequence does exactly this, and the text, which mirrors the high and low of the images in being by turns poetical and diaristic, formal and informal, literary and colloquial, he has created his eulogy for both a youth long gone, and for the deaths of friends and loved ones yet to happen, his own included. 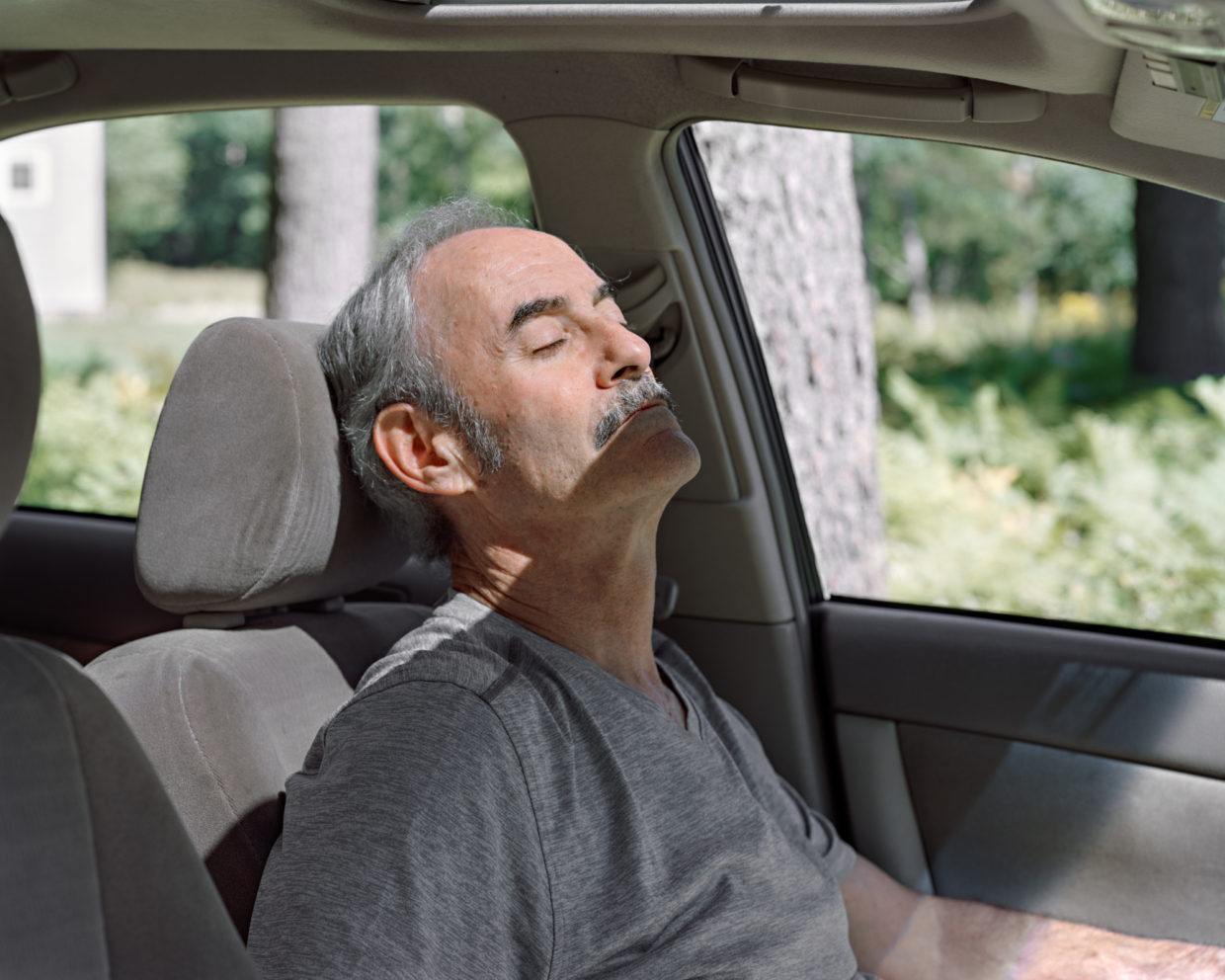 Is the aesthetic density of Schatzberg’s modern images out phase with the cultural neglect of men like this now? These mostly furloughed voices (and it is a measure of Schatzberg’s accomplishment as an artist that he has brought himself to the spot where he can, in coming from the same circumstances, look on these men in this way) are scarcely able to make their own case for political value now, in the face of a more than reasonable diversification of American culture. But it’s precisely where the negation begins that one feels a simultaneous warming to the cause of those neglected, and Schatzberg’s determination to speak lovingly of and to these men is a sign of the enduring loyalty among friends, no matter the cultural expenditure involved. Schatzberg sings of loyalty to the foresworn, no matter what it means, and, apparently, can do nothing less. 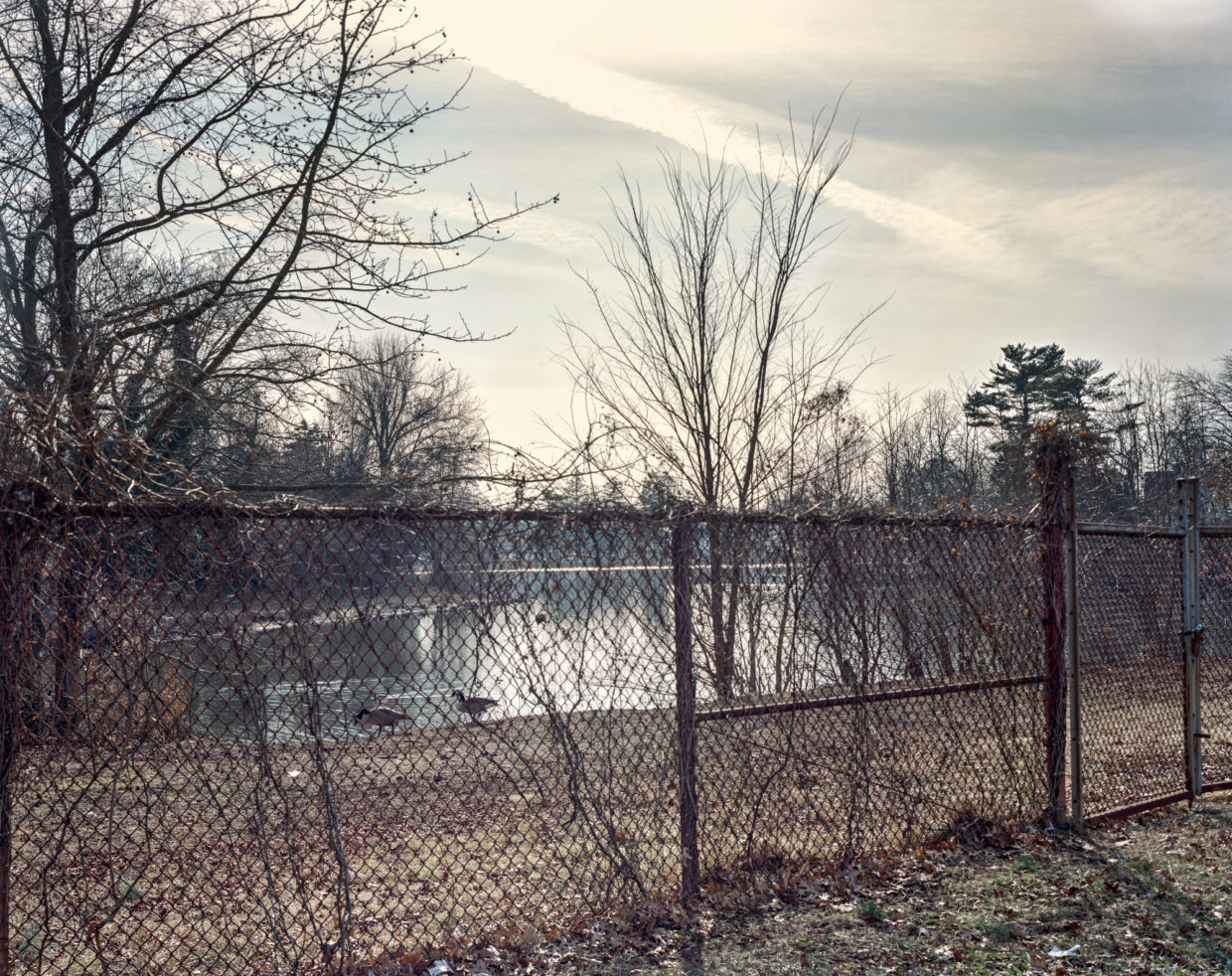 And what will these photos look like in another thirty years? Then, both sets of images, the snapshots from the seventies, and the juxtaposed large-format images of the fully-grown adults will be images for which we will have historical context (as with Disfarmer’s photos), in which we will perhaps see how this time brushes up against the past, and how apparent sympathy is, when uncontaminated by the ephemeral pressures of the contemporary, and also it will be obvious, as pictorial language moves on to some other place, implanted in your wrist maybe, and to some other set of interests, how sound and patient and calm and elegiac and honest these pictures are. Perhaps at that time none or few of the participants will still be living, but what they will be is men who at one time were seen, in this act of preservation of a time, a place, a group of people, and an attitude, one that is already passing away. 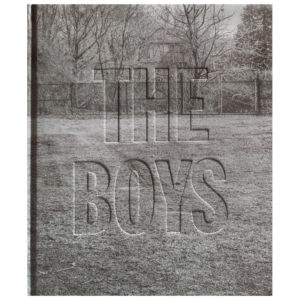 All photos copyright Rick Schatzberg, 2020, from The Boys, published by powerHouse Books. 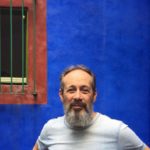 Rick Schatzberg received his MFA in Photography from the University of Hartford in 2018. He holds a degree from Columbia University in Anthropology (1978), played French horn with Cecil Taylor’s Unit Core Ensemble in 1970s, and was a business executive and entrepreneur in the New York metropolitan area for many years. His first monograph, Twenty Two North (2015), was awarded first prize at Australia’s Ballarat Foto International Biennale. His second photobook, The Boys, was published in December 2020 by powerHouse Books. He lives in Brooklyn, NY and Norfolk, CT. 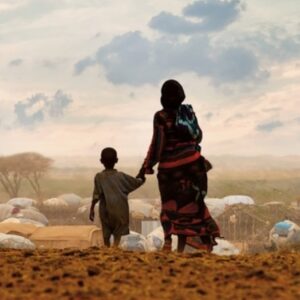 Ty McCormick on Refugee Resettlement and One Family's 30-Year Quest for Home The coronavirus pandemic is dramatically disrupting not only our daily lives but society itself. This show features conversations...
© LitHub
Back to top
Loading Comments...