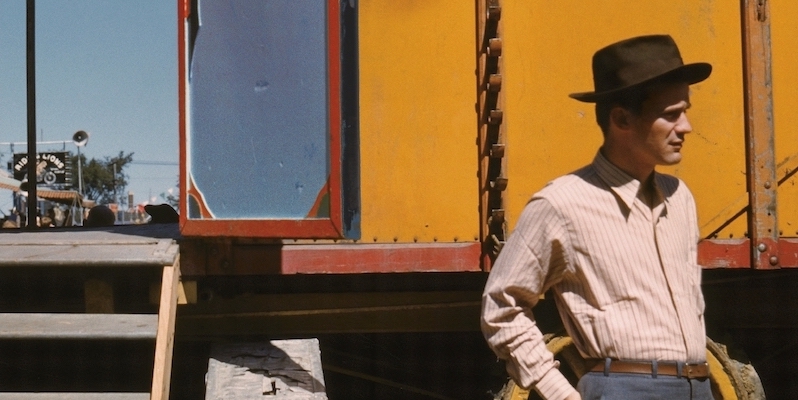 Richard Wright on Carson McCullers’ The Heart is a Lonely Hunter

“McCullers rises above the pressures of her environment and embraces white and black humanity in one sweep.” 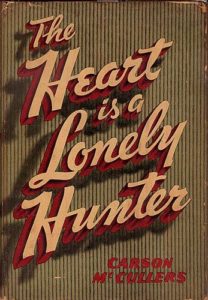 How can the dead be truly dead when they still live in the souls of those who are left behind?

“Miss McCullers’ picture of loneliness, death, accident, insanity, fear, mob violence and terror is perhaps the most desolate that has so far come from the South. Her quality of despair is unique and individual; and it seems to me more natural and authentic than that of Faulkner. Her groping characters live in a world more completely lost than any Sherwood Anderson ever dreamed of. And she recounts incidents of death and attitudes of stoicism in sentences whose neutrality makes Hemingway’s terse prose seem warm and partisan by comparison. Hovering mockingly over her story of loneliness in a small town are primitive religion, adolescent hope, the silence of deaf mutes—and all of these give the violent colors of the life she depicts a sheen of weird tenderness.

“I don’t know what the book is about; the nearest I can come to indicating its theme is to refer to the Catholic confessional or the private office of the psychoanalyst. The characters, Negro and white, are ‘naturals,’ and are seen from a point of view that endows them with a mythlike quality . . . All these characters and many more feel that the deaf mute alone understands them; they assail his deaf ears with their troubles and hopes, thereby revealing their intense loneliness and denied capacity for living. 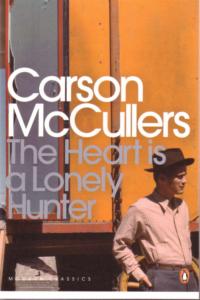 “The naturalistic incidents of which the book is compounded seem to be of no importance; one has the feeling that any string of typical actions would have served the author’s purpose as well, for the value of such writing lies not so much in what is said as in the angle of vision from which life is seen. There are times when Miss McCullers deliberately suppresses the naturally dramatic in order to linger over and accentuate the more obscure, oblique and elusive emotions.

To me the most impressive aspect of The Heart Is a Lonely Hunter is the astonishing humanity that enables a white writer, for the first time in Southern fiction, to handle Negro characters with as much ease and justice as those of her own race. This cannot be accounted for stylistically or politically; it seems to stem from an attitude toward life which enables Miss McCullers to rise above the pressures of her environment and embrace white and black humanity in one sweep of apprehension and tenderness.

In the conventional sense, this is not so much a novel as a projected mood, a state of mind poetically objectified in words, an attitude externalized in naturalistic detail. Whether you will want to read the book depends upon the extent to which you value the experience of discovering the stale and familiar terms of everyday life bathed in a rich and strange meaning, devoid of pettiness and sentimentality.”

Read an excerpt from The Heart is a Lonely Hunter here 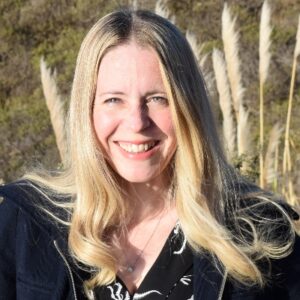