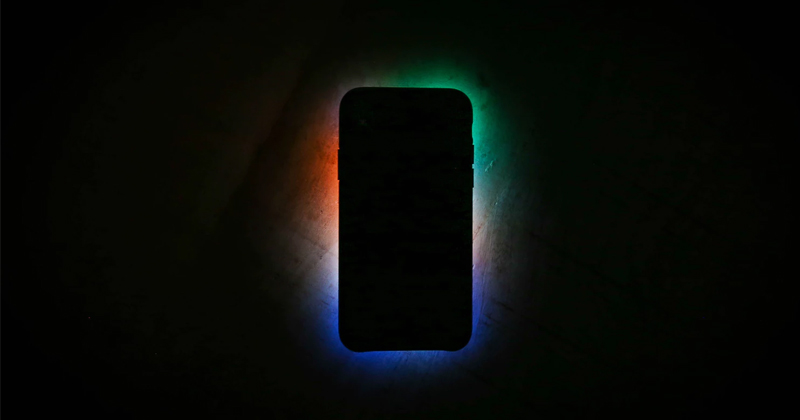 In an Ever More Conformist Age, Reading is a Subversive Act

I know little about ghostwriting, other than having once, nearly 30 years ago now, ghostwritten a ghost, my subject having shot himself three weeks into our work on his memoirs. On our last day together he had asked how I thought the book would go if he was found murdered, a question I felt intended to drag me into yet another interminable conversation about the people he believed were out to kill him—the banks, the CIA—and so, in order to check what I thought was simply one more diversion, I’d answered that I thought it would be a bestseller.

We had just come close to a fist fight that had only ended when I noticed the gun he was carrying in a shoulder holster as we tussled and shoved each other in a publisher’s office. The gun frightened me and he knew it, but then he frightened me in a way I had never felt frightened before.

His name was John Friedrich, he was Australia’s greatest conman and corporate criminal, and he was about to go to trial for embezzling a billion dollars in today’s terms. With the money, he had set up a sort of secret army with purported CIA connections, a large company employing over 500 people purportedly engaged in top-end search and rescue, industrial safety and security

operations, which had gone belly up.

Following the collapse, there ensued the largest manhunt in Australia’s history as Friedrich was hunted across the continent, and, once caught, the concurrence of criminality and celebrity had inevitably led to a very large advance from a publisher for Friedrich’s memoirs.

Being indisposed to leaving any record, Friedrich failed to produce a manuscript and frightened off in quick succession a series of ghostwriters set to work with him. In desperation, the publisher told Friedrich that if he wouldn’t work with the publisher’s choice of ghostwriter, he should find his own. Friedrich knew no writers. But his bodyguard—a Tasmanian—said he had a mate who wanted to be a writer.

And in this way, late one night in Tasmania, where I was working as a builder’s laborer trying to write my first novel, I received a phone call from Australia’s most wanted offering me $10,000 to ghostwrite his memoir in the six weeks left before he went to trial.

After Friedrich shot himself dead, his suicide was front-page news and top of the TV news bulletins. The publishers were everywhere, saying Friedrich had left a tell-all memoir that answered all the many questions now being asked, but refusing to divulge any details prior to publication. As well they wouldn’t, because I was sitting in a Hobart pub desperately trying to make them up. Most writers’ first novels are criticised as autobiography. My first autobiography, though, was quickly degenerating into a novel. The book came out and was an immediate failure. To be frank, it’s not much of a book, or as much of a book as someone who has never written a book can write in six weeks about their subject when their subject kills himself before saying what his life was.

Still, I gained a lot from it, not least money, which was good, if only, as the old joke goes, for financial reasons. With the $10,000, I was able to stop laboring for six months and finish my first novel, Death of a River Guide.

Over time I kept returning to what had happened to me in those six weeks, to the way that experience raised so many questions for me about truth, about our need for stories, about the evil of some stories and the necessity of others. For in his solipsism, in his narcissism, in the power of his lies to corrupt and destroy, Friedrich, with his dark visions, seemed to me a harbinger of something terrifying that had begun forming out of the shadows all around us.

In 2010, Mark Zuckerberg was to famously declare that privacy was no longer a social norm, a statement that may come to be seen as defining our era. And when I heard of Zuckerberg’s comments, I was taken back to Friedrich. In order to con and rob those around him, Friedrich had always begun by seeking to know everything about their private lives, in order to gain control of them. For that very reason my friend, the bodyguard, had warned me to tell Friedrich nothing about myself, and to never ever let him speak to my wife or daughter.

“Ignored by mainstream media, novels sometimes feel like the voice of an unnamed resistance.”

Gabriel García Márquez once said that each of us has a public life, a private life, and a secret life. And this private life, this secret life—our other identities—seem to me necessary to us as human beings. The erasure of these aspects of our soul—our otherness—has long been the goal of totalitarian regimes. In the past they sought to achieve it through the elimination of civil society on the one hand—the destruction of any social organizations not pressed into the service of the state

—and on the other through a system of surveillance and punishment.

Social media’s methods are different. It seeks to drown us in such a torrent of public revelation that no private life is possible. The darkest dream of totalitarianism is now made our daily life, carried in our purse and

Greasing these great changes is the cult of solipsism, a cult that leads everyone on their various social media wanting to be the first person. And yet, strangely, each first person feels more than ever that nothing offers them any insight into their own mystery. Every first person feels themself ever more alone and lost, and prone to the great pandemics of our age: depression, sadness, loneliness, suicide.

In the world of literature these tendencies led to an explosion in the cult of literary memoir. This cult—elevated to dogma in some North American circles—arises out of a sense that invented stories can no longer do justice to our world, and that only stories rooted in demonstrable personal experience have validity, that we can only know the one identity that those around us know us as.

People younger than 30 have sometimes written three volumes of memoirs—most of which increasingly deal with their lives writing memoirs. It is as if everyone writes memoir now, in the literary equivalent of a selfie, and sometimes it seems that the less you’ve lived, the more valid the memoir.

To write about these things, I returned to the form of the novel. First Person uses a little of what happened to me long ago, but, because it is a novel, at a certain point it departs radically from my experience. I created new characters and destinies for all involved, in a story about a man who invents himself while inventing someone else’s memoir. Written in the first person by a reality TV producer, Kif Kehlmann, it tells the story of how, years before, as a young, penniless writer, Kif is asked to ghostwrite the memoir of conman-cum-corporate criminal Ziggy Heidl.

Heidl’s great success is to create a mass delirium, a vortex of seeming success by which all are mesmerized, and perhaps our world today is a similar delirium. In this strange time, lies are presented to us as reality, truth is denied by other lies, and the more implausible the lie the more likely people are to believe it. And behind this shroud of delirium is the growing horror we have neither the imagination nor moral clarity to fully grasp: growing injustice, permanent war, exoduses of the dispossessed, ecological catastrophe.

Yet we are told to believe in this delirium as reality, a term increasingly used to describe entertainments of television or politics. But reality is not the same thing as truth. Witness Karl Rove, George W. Bush’s Svengali, in 2004: “We’re an empire now, and when we act, we create our own reality.”

This is the voice of power, and this is power’s greatest ambition: that it—and if not we—will choose the words by which we understand our world.

It is often said that such reality has outstripped fiction. This is a particularly popular refrain in the US. But it is not so. From the weapons of mass destruction to the Brexiter’s notorious £350m EU weekly tax to the crowd size at the last presidential inauguration, it is untruth that has outstripped truth.

There is something new in all this. Power has always lied, but now it is not simply that it is lying about a particular issue. It is that it is saying the truth is of no consequence.

And it is this corrosion of the idea of truth that is so terrifying. Because if there is no objective truth, all that remains is opinion, and the opinion of the most powerful is the one that will then prevail.

As politics and the media collapse as spaces for debate and questioning, as the commons of the internet are rapidly enclosed by the powerful for their exploitation, novels, despite reports of their imminent death, continue to grow in popularity and influence. Ignored by mainstream media, novels sometimes feel like the voice of an unnamed resistance.

In a world ever more hostile to privacy, reading remains a private act—deeply private. In an ever more conformist age, when the most powerful corporations in the world want such private acts ended, when they want human beings to have the integrity of one identity and one identity only, reading has become a subversive act.

Because fiction is not the reality of Rove, or of television. Nor is it a lie, but a truth, a fundamental and necessary truth, that we need as much as we need food or sex. Without fiction we poison ourselves on the lies of the first person.

And perhaps that was the fear I had felt with Friedrich all those years ago—the terror of becoming the first person trapped in someone else’s lies, of having unknowingly traded my freedom for oppression. For if story as lies leads us to a dark place, story as fiction offers the possibility of transcendence and liberation, the recognition of the many things each of us are.

More than ever we need fiction to understand our world afresh. For how else do we divine those forces that we feel hollowing out something central and fundamental in our society?

My novel has no answers. But I hope that it does ask a few of the necessary questions.

Richard Flanagan is the author of six novels—The Narrow Road to the Deep North (for which he received the Man Booker Prize), Death of a River Guide, The Sound of One Hand Clapping, Gould’s Book of Fish, The Unknown Terrorist, and Wanting—which have received numerous honors and have been published in forty-two countries. He lives in Tasmania.

Writing Wisdom from Anne Carson: "It is Very Fun to Delete Stuff" 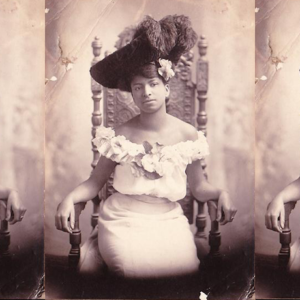 “You write what you want, the way it has to be.” Real talk from one of our greatest living writers, Anne Carson. |...
© LitHub
Back to top
Loading Comments...