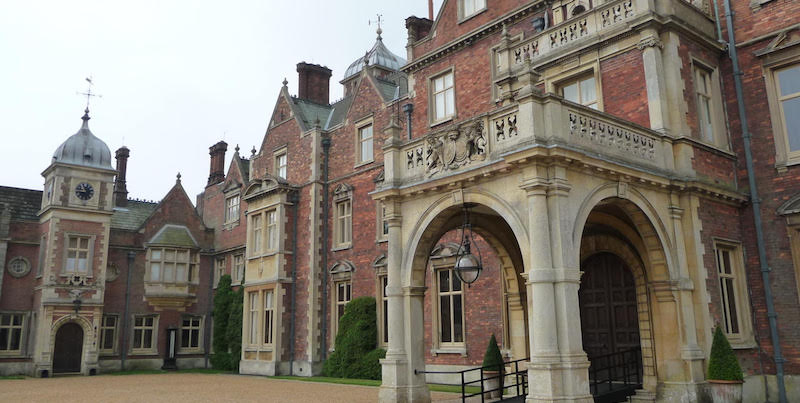 Rhys Bowen on Writing Her Version of a Dark Novel

Back in the days when brick-and-mortar bookstores were common in suburban America, I was browsing the shelves at my local Borders when a title caught my eye: Her Royal Spyness by Rhys Bowen. I picked it up, opened it, and fell in love. It’s 1932, and Lady Georgiana Rannoch, a 20-something who is “thirty-fourth in line to the British throne,” has fled her ancient but drafty ducal castle in Scotland for the family mansion in London. Alas, the Rannoch family—although rich in property—hasn’t a farthing to its illustrious name due to the unfortunate gambling habits of the first duke, Lady Georgie’s father.

And as a member of the royal family, Georgie can’t just go out and get a job, because the only destiny approved by her lofty relatives is to marry the fish-faced Prince Siegfried, who doesn’t even like women. Nonetheless, with a little help from her friend Belinda and a handsome but enigmatic gentleman named Darcy O’Mara, Georgie manages not only to survive but to solve a murder.

Since the day I finished that book, I have wanted to interview Rhys Bowen, the creator of Lady Georgiana and a number of other memorable detectives both amateur and professional. That time has come with Georgie’s fifteenth adventure (and second murder-filled Christmas), God Rest Ye, Royal Gentlemen (Berkley, 2021).

After 14 books, Georgie’s life and financial circumstances have substantially improved. Georgie and Darcy have married, and they plan to entertain their friends for Christmas at their new estate. As fate would have it, except for Georgie’s beloved grandfather, the only guests able to attend are her brother, the Duke of Rannoch, and his wife, known as Fig—the last person Georgie wants to spend time with.

She’s just about resigned herself to Christmas with Fig when a letter arrives from Darcy’s eccentric Aunt Ermintrude, insisting that they all come at once to her home near Sandringham, close to the Royal Family. The Queen of England has requested Georgie’s presence, although she does not divulge why. Unable to say no to Her Royal Highness, Georgie, Darcy, and the Rannochs head off to Aunt Ermintrude’s house.

At Sandringham, Georgie learns that Queen Mary believes someone intends harm toward her son, the Prince of Wales, now deeply involved with Wallis Simpson. She wants Georgie to find out what’s going on. Georgie’s merry little Christmas is set to become a royal nightmare if she can’t get to the bottom of this mystery.

Bowen’s mysteries are complex and their solutions satisfying, but the real delight of these novels is the way they poke fun at the British class system, exemplified by Georgie’s own mixed heritage as the daughter of a duke and of an actress whose father, a retired Cockney policeman, acts as a constant reminder that being a member of the royal family isn’t all it’s cracked up to be. They’re also, to put it simply, hilarious. If this is your first encounter with them, I promise you have a treat in store.

CPL: Tell us about Lady Georgiana. How did she come to be the heroine of this series?

RB: In a funny way, actually. My publisher at the time was saying to me, “We can’t really break you out unless you write us a big, dark, stand-alone novel,” so I kept thinking, “Oh, child molesters, serial killers, terrorists poisoning the water supply,” and then I’d turn on television, and it was all dark, and I’d think, “Do I really want to spend six months in darkness like this?” I dug my heels in and thought, “What would be the most unlikely sleuth I could come up with? How about if she was royal? Wouldn’t that be fun? And she’s penniless, and it’s the 1930s—such a wonderful time to write about, poised between two world wars but a time of great contrasts of haves and have-nots, of communism, fascism, the Prince of Wales, Noel Coward, all these wonderful people waiting to be written about.”

So I started writing in the first person, and I wrote that first chapter, exactly as it is in the first book, Her Royal Spyness. I showed it to my agent, who loved it, and we showed it to my editor, who went “No, no, no! That wasn’t what we wanted at all!” So it was put out to bids at other publishers, and it was taken, and it’s done really well. Lady Georgie came to me instantly, and although we’re different, I identify with her very strongly—slightly insecure, slightly clumsy when she’s under stress, eager to please, wanting to be liked, all those things that one does as a young woman. What’s really fun is to be in her world, the British aristocrats, and to poke gentle fun at the English class system.

CP: Georgie is both pleased and dismayed when she receives a Christmas invitation from her husband’s aunt Ermintrude. What’s the story on Aunt Ermintrude?

RB: Georgie’s never met her, but she’s this strange woman who sent them this ghastly painting as a wedding present. Georgie thinks of her as this artsy type who lives in Yorkshire. But it turns out that she’s moved to an estate near Sandringham, the royal estate in Worcestershire, and she was once lady-in-waiting to Queen Mary. They’ve remained close friends. Georgie finds this very hard to believe, because she didn’t think she was that sort of person at all. However, Aunt Ermintrude says, “I realize now I’ve been alone too much, and I’d love to have young company over Christmas. What’s more, Georgiana, I was talking to the queen, and she really misses your company. She would love to have you close by, especially at this very difficult time for herself and the king.”

We know that the king is very ill and is not going to live much longer. Sandringham is his favorite place, and they go there for Christmas, so she wants to have this house party. Georgie says, “Oh, golly! Do we really have to go?” And Darcy says, “Well, it sounds to me like it’s a veiled invitation from the queen, that she wants you there.” And if you’ve read any other books in the series, you’ll know that the queen often has assignments for Georgie. Georgie really can’t say no to the queen, so she agrees.

CP: The infatuation of the future Edward VIII, known to friends and family as David, with Wallis Simpson has been developing through several previous books, with Queen Mary repeatedly demanding that Georgie intervene. Is there something in particular about their relationship that appeals to you as a novelist?

RB: She’s a wonderful character, because she’s so obnoxious. She was very self-centered, a very spiteful woman. She loved poking fun at others. She was so rude to the then Duke of York and Duchess of York, who became George VI and Queen Elizabeth, mocking his stutter at parties and calling her the “dowdy duchess” and “Cookie,” because she said she looked like someone’s cook. So she was an unkind person. She didn’t like Princess Elizabeth; she called her “Shirley Temple” because she was so good, although she liked Princess Margaret, who was spunky. What I’m really enjoying in the books is that Georgie’s mummy, who’s a former Cockney but has been a duchess and knows her way in that world, is a very spunky, fiesty woman and won’t let Mrs. Simpson get the better of her, so they have a wonderfully contentious relationship which is so much fun to write. 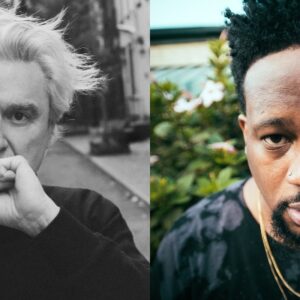 In each episode of FUSE, BOMB Magazine invites an artist to choose a guest from any creative discipline—an art crush, a close...
© LitHub
Back to top