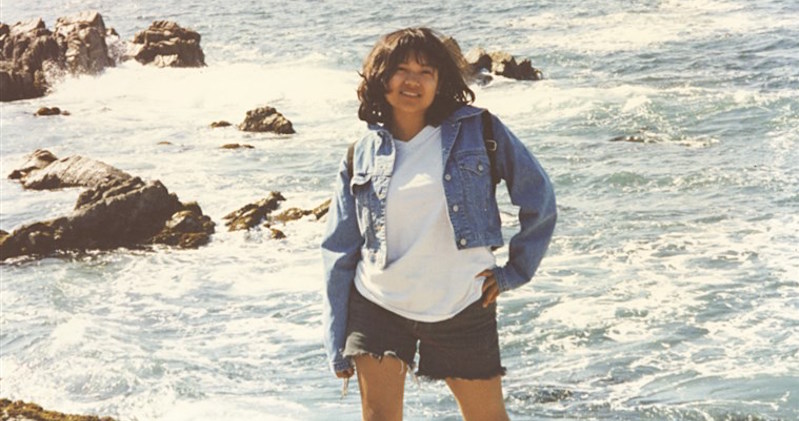 Reyna Grande on Translating Her Own Book Into Spanish

How an Immigrant Can Lose Touch With Her Mother Tongue

At my book readings across the country, a question I’m often asked is this: Do you write in English or Spanish? When I respond that I write only in English, people look at me with a mixture of confusion and criticism.

I can hear their unspoken questions: “Why don’t you write in your mother tongue? What kind of Mexican writer are you?”

“The kind that can’t write in Spanish,” I want to say.

I was so traumatized by my experiences with learning English, that to this day, I’m still dealing with its impact on my life, including my career as a professional writer.

When I walked across the border at nine years old, I didn’t know that in addition to putting my life at risk, I was also risking the loss of my mother tongue. On my first day in a US school, my fifth-grade teacher sent me to the corner of her classroom and ignored me for the rest of the year. Her actions told me that as long as I spoke only Spanish, I would be invisible to her. Later that year, we had to write a story for a school-wide competition. I wrote mine in Spanish. I watched my teacher put my story in the reject pile without a second glance simply because it wasn’t written in English.

There have been times when my guilt forces me to attempt to write something in Spanish, but it always ends in failure.

I was put in the English as a Second Language program when I started junior high, and I eventually went from being English-deficient to English-proficient, but at the expense of my mother tongue. The program was not intended to make me bilingual or biliterate, and little by little, my Spanish was supplanted by English. Years later, I would learn the term for what had happened to me—subtractive bilingualism, the removal of my mother tongue, the psychological violence of tearing out a piece of my being.

In eighth grade, I wrote my first story in English for a contest at my school. I won first place, and with immense pride and relief, I accepted my prize. I didn’t know then how winning that contest would undermine my relationship with my mother tongue even further. The thought that went through my teenage mind was this: When I wrote in Spanish, I’d been rejected without a second glance, but when I wrote in English, I’d won a prize. From that point forward, whenever I sat down to write, it was always in English.

In the 30 years that I’ve been writing, there have been times when my guilt forces me to attempt to write something in Spanish, but it always ends in failure. There are so many words I never learned or have forgotten, I end up picking up the dictionary more times than I can count. The inspiration leaves me, and the mounting frustration kills my creativity.

Because I’m ashamed to write solely in English, some years ago I attempted to translate my work myself. It was an overwhelming process. I wasn’t qualified to do translations, but I wanted to bring my mother tongue into my writing, and so I tried. Nevertheless, through the years, I’ve gotten emails from readers pointing out errors I made in my translation of my memoir, The Distance Between Us—accent marks I missed or placed on the wrong syllable, verbs I conjugated wrong, Spanglish words I used such as la yarda instead of el patio. My readers are so concerned they even send me the page numbers, too.

I usually ignore the emails, but one day I received an email I couldn’t ignore. It was from Sandra Cisneros, my literary madrina, the writer whose work inspired me to become a writer. Sandra mentioned that a friend of hers in Mexico had read my translation of my memoir and was annoyed. “Your Spanish version has some typos or errors. Were you aware? Did it get proofed by a Spanish speaker?” Sandra wanted to know.

I was humiliated, but I knew she didn’t mean it as a criticism. She was concerned. We’re both professionals after all. Our work must be top notch. I didn’t tell Sandra that I had insisted to my editor to be allowed to do the translation for two reasons: 1) The thought of seeing a translator’s name on the cover of my book was humiliating; and 2) How could I claim Spanish as my mother tongue if I required the services of a translator?

I knew my translation was not perfect, but it was mine. It was my attempt at reclaiming my Spanish by using it in my writing. It allowed me to look at my book and feel proud to only see my name on the book cover, not a stranger’s. It was my way of saying, “Yes, I know I’m married to English now, but Spanish was my first love.”

Two years ago, when I finished my new book, A Dream Called Home, my editor brought up the Spanish translation. I wanted to do it, but I was afraid. I thought about Sandra’s email, and all the other emails I’ve gotten from readers offended by my errors. My editor and my agent thought it best I not do the translation this time. “You should focus on your next book,” they suggested. I didn’t put up much of a fight. I felt insecure and ashamed. They were right. I should let a professional do what I could never do—a perfect translation.

My editor hired a translator based in Mexico City and that was that. I felt disappointed, but worst of all, I felt as if I’d once again betrayed my native tongue. A few months later, I was reunited with my book, except it no longer felt as if it belonged to me. I couldn’t recognize my own story. The voice was so foreign to me, the words so difficult to decipher, I resorted to the dictionary to find their English counterparts so that I could understand my own writing. I couldn’t sleep at night, tossing and turning from a tremendous sense of loss.

These are the words I do not know; this is what I lost when I immigrated.

I imagined an alternate universe where instead of immigrating to the US, I had stayed in Mexico and had gone to school there, all the way to college. Those words would be mine if I had stayed, I told myself. But then I gave myself a reality check. The truth was, that even if I had stayed in my native country, those words still wouldn’t be mine. My family was so poor there was no way I would have ever made it to college. Instead of being a writer, I would be a maid in Mexico earning five dollars a day.

I spent over 200 hours revising the translation and adding my voice to it. My editor was afraid I was going to insert mistakes, but I realized that I didn’t want a perfect translation. What I wanted most of all was a book that sounded like me.

Perhaps now my book is flawed, but I can live with that. What I cannot live with is not trying to reclaim what I once lost—my first language, my first love.

Born in Mexico, Reyna Grande is the author of the bestselling memoirs The Distance Between Us and its sequel, A Dream Called Home, as well as the novels Across a Hundred Mountains, Dancing with Butterflies, and A Ballad of Love and Glory. Reyna has received an American Book Award, the El Premio Aztlán Literary Award, and a Latino Spirit Award. The young reader’s version of The Distance Between Us received an International Literacy Association Children’s Book Award. Her work has appeared in the New York Times and the Washington Post’s The Lily, on CNN, and more. She has appeared on Oprah's Book Club and has taught at the Macondo Writers Workshop, VONA, Bread Loaf, and other conferences for writers. 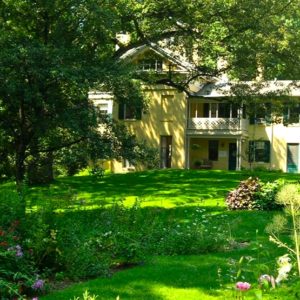 Every garden is anchored. It is tied to place—the lay of the land, the composition of the soil. At The Homestead and The Evergreens—the...
© LitHub
Back to top