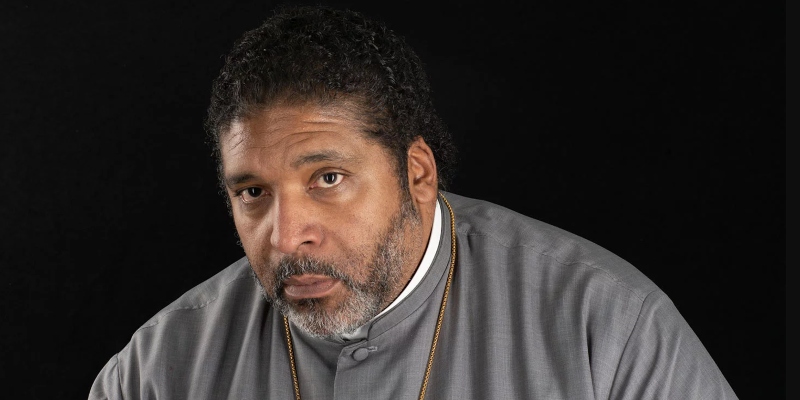 Rev. William Barber on the Reality of COVID-19 Deaths and Why We’re Not Eulogizing

On Episode 147 of The Quarantine Tapes, guest host Eddie Glaude is joined by Reverend William Barber. Eddie and Williams have a stirring conversation about how this moment of death and grief fits into a long history of acceptable deaths in the United States. William calls this a jubilee moment for America, urging us to understand the work that needs to be done in order to reach for healing and justice. They talk about what faith can mean in this moment as William draws lessons from the Bible about how to be critical of the system and continue pushing for real justice.

Eddie Glaude: It’s important to think about the reality of death and the necropolitics, because the modern U.S. nation state came into existence on the backs of death, in the midst of unimaginable carnage. When you think about the Civil War and the death that—as Drew Faust put it in This Republic of Suffering—the death that ushered in what became the modern US nation state became the basis for a certain kind of union, among white men in particular. But it’s almost as if death has been privatized in this moment with COVID. You just deal with your own grief. No public rituals, no communal acknowledgment for the most part. You just on your own to deal with this.

Rev. William Barber: If you are of a certain people. Because this is the other thing about this death reality. And you said the death that the republic was built on, which means when we keep talking about the foundations of the nation, we have to understand that cement is mixed with blood. You’re supposed to mix cement with water. And in a nation, you should be mixing the cement with truth and love and justice. So on the one hand, we say that on paper, but if you crack open the cement, it’s full of blood. It’s the blood of my native brothers and sisters. I have a speech I talk about where one Methodist minister who was a general told the troops, Kill them all—this was a group of natives—kill every one of them, even the children, women, ’cause gnats make nits.

And we’ve never owned that, which is why we don’t want to have a ritual now. The reason why we’re not having a ritual now is because we never had a ritual then. The reason why we don’t want to own the death now is because we’ve never really owned the death before. We’ve never really told the truth. And so we’ve got all of this blood in the cement of the nation, which keeps it cracked. Because it’s untempered mortar. That’s why there’s got to be a third reconstruction. That’s why there has to be a redoing. And that’s going to start with, some of it’s got to be torn down.

Because even the way we’re talking about this—and I have to catch myself. Think about it, Eddie, we say people are dying from COVID, nearly 300,000 people. Black people are dying three to five times more likely, and Hispanics three to five times more likely. And even if you and I are not careful, we end up participating in the lie. Because that’s not who’s dying. Poor, low-wealth Black folk are dying. People who work in face-to-face jobs who were deemed essential—before COVID they were service workers. After COVID they’re essential, because they’re essential for other folk to live their lives of private quarantine and wealth. They got to have meat. They have to have so-and-so. So you make them work, you don’t protect them, then you try to pass immunity laws for the corporation that didn’t protect them. I just found out from my daughter, who’s a public health specialist, PhD graduate from Harvard, they’re not keeping the stats on poverty. So even when we keep saying Black folk are dying, that even is not true. It’s Black folk, but it’s poor, low-wealth Black people. It’s Black people that’s working in the face-to-face.

And we say there’s a recession. Well, there’s not just a recession, because normal recessions start in the manufacturing industry and radiate out. This recession is starting among hospitality areas where it doesn’t normally start. Thirty million people have lost their job, but it’s not just 30 million people. It’s the majority of the people who were already making less than a living wage, who were already facing hard times, who didn’t have the health care and the medical leave and the sick leave and the unemployment, who worked jobs but didn’t have the power through unions to demand even safe workplaces before COVID.

So even you and me, as scholars, we have to catch ourselves. Because this death reality of this society will have us saying things that is not the whole truth and nothing but the truth. And if we keep telling the lie, we keep getting the same results. Because as you said, if you just stop for a minute, how in the world can you not at least have a national eulogy with all this death? Because it’s been done before, and we never said it was wrong then.

The Rev. Dr. William J. Barber II is the President & Senior Lecturer of Repairers of the Breach, Co-Chair of the Poor People’s Campaign: A National Call For Moral Revival; Bishop with The Fellowship of Affirming Ministries; Visiting Professor at Union Theological Seminary; Pastor of Greenleaf Christian Church, Disciples of Christ in Goldsboro, North Carolina, and the author of four books: We Are Called To Be A Movement; Revive Us Again: Vision and Action in Moral Organizing; The Third Reconstruction: Moral Mondays, Fusion Politics, and The Rise of a New Justice Movement; and Forward Together: A Moral Message For The Nation.

I Want to Be Where the Normal People Are by Rachel Bloom, Read by the Author

Remembering the Women of
the Green Book 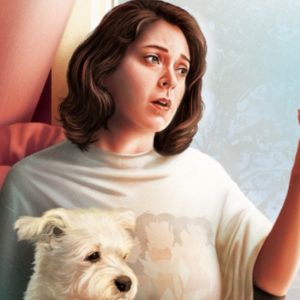 I Want to Be Where the Normal People Are by Rachel Bloom, Read by the Author