A Short Story by Barry Lopez

One day in April, 1939, a man named Emerson Pickerell dropped an unopened letter in front of a stationer’s shop in Great Barrington, Massachusetts. He continued on his way unaware, not sensing he was leaving the unopened letter behind. A few minutes later he was struck by a city sanitation truck, which killed him. The envelope, bearing a return address in Rock Island, Illinois, was picked up by a man who stepped out onto the sidewalk a few moments later to see what the police sirens were all about. Instead of turning the envelope over to a mail carrier, he put it on display in the window of his shop. It sat there for a week before being claimed by an uncle of mine, a man named Robert Daniels.

My uncle was in Massachusetts vacationing at the time, mostly hiking trails in the Berkshires. When he returned home to Palo Alto, California, where a few months later I would be born, he placed the letter in a dark blue manila folder and slid the folder into a desk drawer in his study.

In the summer of 1954, left alone in Robert’s house for an afternoon, a reckless 14-year-old, I ploughed through his desk drawers, looking for anything interesting or, I was hoping, revealing. In addition to the letter and its envelope, the blue folder contained 17 opened but empty envelopes. Each bore the same return address in Rock Island and all were postmarked at different times between April 1939 and March 1945.

The content of the letter puzzled me, in particular the sentences referring to the sort of relationship the writer had had with Mr. Pickerell. The single, handwritten page was an admission of guilt, essentially, by a woman named Norma Henderson. She’d apparently been employed by Mr. Pickerell for several years before leaving Great Barrington in 1937 and moving to Rock Island. In the letter she describes the process by which she embezzled $18,000 from him between 1935 and 1937. What was obscure to me was the precise nature of the sexual undercurrent that ran through the letter. Miss Henderson informs Mr. Pickerell that she might just as easily have blackmailed him for his behavior as embezzle from him. She had to do something, she writes, in the face of what had happened, considering what he’d asked from her, if only for the sake of her own self esteem. Embezzlement was preferable, she felt, also potentially much less embarrassing for him.

Now here is the stranger part. The original letter was accompanied, she states, by a check for $1,000, made out to Mr. Pickerell. Miss Henderson intended it to be the first installment in her plan to fully reimburse him for the funds she’d taken. What had happened to the money, or how, for example, my uncle had managed, presumably, to cash the checks, I couldn’t guess. I thought I might actually ask my uncle a few pointed questions, threaten to expose his crime, but this seemed a slippery situation to become involved in. He was a widower, well liked in the family, especially by my mother, who was his younger sister. I could end up harming only myself.

My speculation, sitting there at his desk that day, about what might have happened was that my uncle had introduced himself as a relative of Mr. Pickerell, perhaps at the post office in Great Barrington, shown the clerk the envelope in his possession, and asked that any future mail from this same return address be forwarded to him in California. He’d very likely seen a story about the fatal accident in The Berkshire Eagle, a story the clerk in the stationery store had no doubt missed, or maybe he saw the story but never made the connection.

I’m just guessing, but my uncle, an embellisher, could easily have made up a story about a mentally unbalanced sister of Mr. Pickerell, someone living in Illinois who couldn’t bear the idea that her brother was dead, and whom the family expected would continue to write him. Could the clerk, for a fee, please see to it that these letters were sent on to Mr. Daniels in California? Somehow, he’d gotten around the obvious obstacles. I couldn’t easily imagine, though, what he might have done with the money. He seemed to live a very frugal life.

I became implicated in my uncle’s deception one night in our home 15 years later, a few years after I graduated from Stanford. Listening from a hallway, I overheard my uncle, drunk and repentant, confessing the entire ruse to my mother, to whom, apparently, he’d given all the money, letting her think it was his to give. I understood in that moment, with a jolt, what she’d used the money for, money she’d always told me was part of an inheritance she’d received following my father’s death. She’d paid the tuition for my last two years at Stanford.

Within days I began a search for Mr. Pickerell’s closest living relative. I also wrote to Miss Henderson, whom I learned was still living at the same address in Rock Island. In my letter to her I made it clear that I felt I’d been unwittingly complicit in the fraud, and I told her, further, it was my desire to repay the money somehow if I could locate an heir. In 1974 a detective I’d hired found Mr. Pickerell’s sole heir, a Roman Catholic priest in Baton Rouge, a very distant cousin and the shepherd of a neighborhood parish there. I sent him a check for $18,000, from funds I began setting aside shortly after I understood what my uncle had done.

In the spring of 1988, while I was in Chicago on business, I decided to phone Miss Henderson. She invited me to travel the short distance to Rock Island to meet her, which I did. Miss Henderson was in her late eighties, gracious, quite attractive. She’d never married, but she’d done well, she said, in retail clothing. When I asked, hesitantly, what exactly it was that Mr. Pickerell had asked of her, she said she wouldn’t tell me. She said she’d forgiven him, though of course he’d not had the opportunity to forgive her. She’d confessed her mistakes to a priest, she said, long ago. It was just foolish history now. It was best forgotten.

I never told my mother what I’d found out, that she’d been lied to, and I never fully confronted my uncle about what he’d done. He died unexpectedly, before I could locate anyone in Mr. Pickerell’s family.

A shorter version of this story first appeared in the winter 1999-2000 issue of The Paris Review, under the title “Three Minutes or Less,” a collection of brief pieces delivered orally by American writers between 1991 and 1999 at the PEN/Faulkner gala in Washington, DC, an annual fundraising event. Writers were asked to keep their work, composed for the occasion, to “three minutes or less.” The more complex version above was written in the fall of 2019.

Barry Lopez is the author of six works of nonfiction and eight works of fiction, including Arctic Dreams, which received a National Book Award. His writing appears regularly in Harper's, The Paris Review, DoubleTake, and The Georgia Review. He is the recipient of a National Book Award, an Award in Literature from the American Academy of Arts and Letters, a Guggenheim Fellowship, and other honors. He lives in western Oregon.
Share:

How We See Iran: A Brief History of Fictions at a Distance 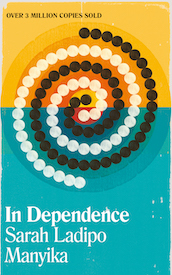 In Dependence One could begin with the dust, the heat and the purple bougainvillea. One might even begin with the smell of rotting mangoes...
© LitHub
Back to top
Loading Comments...