Abby said her diary would be the great work of fiction for the 21st century. Michael collected the toothpicks served with hors d’oeuvres until people stopped serving them. Stanley pulled his bulk from a chair until the local company agreed to do a Pinter play next season—“It’s all in the pause, you must get the pause and then it’s lightening.” The Director took a large drink, even for her.

Patterns emerged as they had with every party since adolescence. Life sounded better at a party, just as it could sound better on the telephone. (People kept their landlines plugged in as a hipster novelty.) “An artist of the blank space— ‘Sound and Fury / Signifying nothing.’ So use it to signify something,” Stanley said. Whether or not there was a line break in the original, you could hear it in Stanley’s voice.

And Abby was still drafting after all this time. Write again, throw it out, draw again, consult the I Ching her mother gave her when she went to college, write again, drink again,throw it away. The diary though, she kept that, even after her mother died. Maybe because her mother died. There was her novel, overdue because it was still in the writing/drinking/drafting/fucking stage. She had dressed up a bit to look like Sylvia Plath, hoping to get a rise out of the host, who still owed her money.

Michael’s pockets were full and he longed for a kiss. Maybe he really wanted a kiss. Sexually speaking, the chatroom was his primary watering ground, but here with real women and real men who all had real lips—who could ask for more? Make it tangible then.

“No one is writing door-stoppers unless they’re fantasists,” an Editor explained to Abby by quoting a much smarter reviewer. He hoped she had not read the article in Tuesday’s Times. He could hold a moment’s plagiarism in his head. “You need a market of fanboys.”

She hadn’t been suggesting that she wanted the whole diary published as a serial novel sequence or something like that. Her originating remark was meant as a joke.

It was ten years since the first novel had six since the stories had come out. Teaching and house-sitting were her butter and bread.

Of the Diary: “I write about myself. Unlike my male colleagues, I don’t force others to read those bits.”

The news of the night was that a literary Doctor who had just won a major award had died suddenly after collecting it. No one at the party had actually read his work. All of the platitudes were more hollow than usual. There was a half-hearted toast and little else was said.

No one knew who invited the priest. Or the man dressed as a priest.

“I went to a second-run house,” Michael said to a dark waif of no determined gender—not that it mattered. “Jimmy Stewart revival festival. Do you know what it’s like to see It’s a Wonderful Life in the middle of a heatwave?”

From a corner, by Abby: “Maybe Mavis could tell us a story about before the strangler, when people slept with their windows open.”

“Worse than Christmas in July. I walked out expecting to be cold. I couldn’t remember what month it was. Barely the day.”

Tugging at her shirt, two breasts appeared at the v-cut and Michael assumed that she was, in fact, she. “That sounds uncomfortable.” She dragged at an invisible cigarette. So she was an ex-smoker too. “What about the plot? Or the plotting?”

“Nothing is plotted tightly anymore. Not even mysteries. People’s feelings get painted everywhere—no plot seems uncontrived.” Another cigarette and a grasp for sunglasses she’d set down on the arm of the sofa. “Here we are at this party. If I go home with you, then I’ve fallen into another plot that’s already played out. It’s not original or a revelation. Just how things happen.”

Michael took a quick look around the room, as if to see that someone else was free this night. This girl was probably too cool for him. He couldn’t tell if he was the right kind of not-cool for an evening with her.

“It is a nice ending though. Everyone wants to think maybe they’d have salvation if they needed it.”

“You think you’d be saved?” She didn’t sound as accusatory or harsh as she would on the page. She sounded as if this were a legitimate question.

“It feels like everything’s coming apart,” Michael said. His voice hit the wrong tone. It did have the desperation of the page. The desire to say the right thing, consciously. “Who wouldn’t want it? Salvation.”

The late Doctor had said something similar before the news of his cancer had been made public. The final book had been called Entrop, made up of single paragraphs—and, Michael thought (so did Abby, but she didn’t say it, suspecting that the Doctor was not long for this world, out of kindness for his early work), too much blank space—about this titular character and his wanderings as Alzheimer’s claimed him for the gods. There was, it was said, salvation. Maybe. Written more for the creator than the created.

Her eyes were looking beyond Michael to Abby, who was asking Mavis—who had lived in the building longest and was now leaving it least, now that she could Skype with her grandchildren in Brazil—what the building used to look like. “I want to talk about the changes made to the skeleton of it over time in my novel.” Mavis had old pictures. They would have tea. It should be blissful. This girl—he still did not know her name—went around him to Abby and kissed her on the lips.

Michael didn’t feel drunk and seeing lesbians wasn’t a novelty anymore. He put his hand in his pocket and was poked by all of the little toothpicks he had collected. He had forgotten them in the last hour.

If he opened his eyes again slowly, he could see the world through smeared window panes. Blocks of color took over where there had been other people.

He left alone after realizing the host was almost asleep and Stanley had slumped back into the chair, already asleep; possibly dead. All of the other guests had left, taking their phones and coats with them. Michael was home earlier than his wife expected and greeted her with an unexpected kiss. 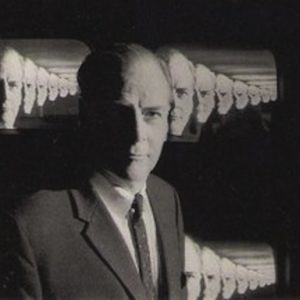