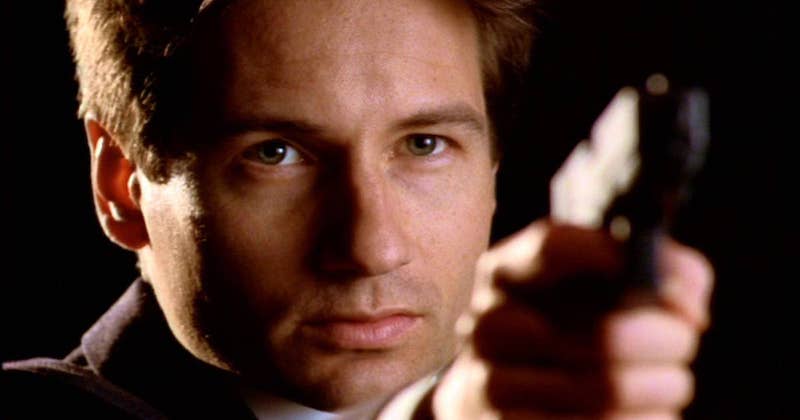 Renaissance man David Duchovny is about to do the impossible.

Plenty of writers have adapted, or had a hand in adapting, their own novels for the screen. Gillian Flynn did it with Gone Girl. John Irving did it with The Cider House Rules. Nick Horby did it with Fever Pitch. William Peter Blatty did it with The Exorcist. William Goldman did it with Marathon Man and The Princess Bride. Stephen King has famously done it over a dozen times.

Far fewer writers have penned the script for, and cameoed in, screen adaptations of their own novels. That list includes James Dickey (Deliverance), Fannie Flagg (Fried Green Tomatoes), Amy Tan (The Joy Luck Club), Charles Bukowski (Barfly), and, of course, Stephen King (mutiple, but most notably as the graveside minister in the original Pet Sematary).

But nobody, not even Stephen King, has ever written the script for, and played the lead in, a major screen adaptation of their own novel. Nobody possesses that kind of juice. (The possible exception being Hollywood’s premiere literato Ethan Hawke, who came close in 2006 when he wrote, directed, and played the father character in an indie movie adaptation of his 1996 novel, The Hottest State. But even he didn’t take on the protagonist role.)

Nobody, that is, until now.

Yes, as reported by Deadline earlier today, the quintuple-threat (look it up, he’s got a lot of irons in the fire) that is David Duchovny is on course to make history as the first novelist to produce, script, and star in a big budget adaptation of his own novel.

Showtime has given a script order to Truly Like Lightning, a series adaptation of Duchovny’s novel (his fourth since 2015 don’t you know) of the same name, which was released (to pretty good reviews) by FSG earlier this year.

Duchovny—who came into our lives as justifiably-credulous FBI Special Agent Fox Mulder almost 30 years ago—will play Bronson Powers, a former Hollywood stuntman and converted Mormon who is happily homesteading deep in the uninhabited desert outside Joshua Tree (with his three wives and ten children) when an serpentine real estate agent arrives to upend their bucolic existence.

Described as “a heartbreaking meditation on family, religion, sex, greed, human nature, and the vanishing environment of an ancient desert,” Truly Like Lightning sounds like Big Love meets House of Sand and Fog meets a Cliff Booth from Once Upon a Time in Hollywood spin-off, and who amongst us could resist watching at least the pilot of that show?